I make no bones about the fact I loved the Amiga and Atari ST (The latter more than the former, mainly due to exposure.) This was a period when pixel art was going very strong, and designs went in interesting directions, even if they didn’t always work. Nowadays, of course, pixel art is going very strong, and designs go in interesting directions, even if they don’t always work. How things have changed!

This, of course, is a nice segue into Tower 57, a game where its greatest strengths and its biggest flaws tie directly into wanting to recreate the feel of old Amiga twinstick shooters. It’s pretty obvious where its main inspiration comes from (The Chaos Engine, Bitmap Brothers, 1993) , and… 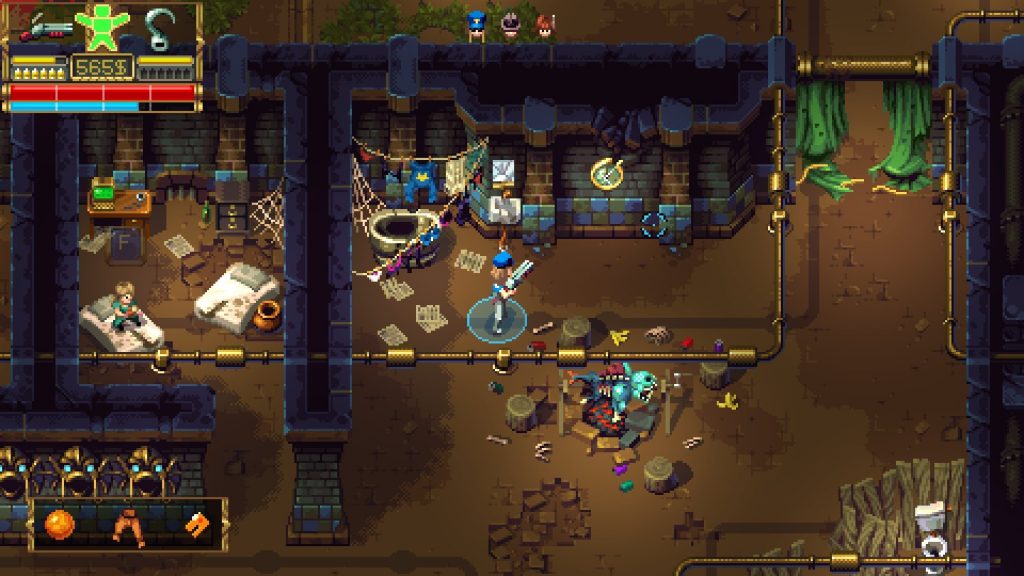 Yes, it involves a dystopia. But this, surprisingly, is a relatively light moment, and a good example of the visual storytelling in the game.

…Well, let’s get the good out the way first. Visually, the game is good, and consistently so. It’s solid, clear, and with some good visual designs in the more complex beasties and mechanical creations. Music wise, the tunes also work well, fitting, pumping, and dramatic when they need to be. The writing is mostly pretty good (Being about “Agents” sent to break up a worker’s strike, and, as it turns out, something stinks almost from the word “Go”), and, overall, it’s a solid, linear game with some of the goodies I quite liked from the Days of Yore, like secrets hidden behind walls that, since the game is a linear, curated experience, I can remember and go back to, replaying with different characters. It even has some interesting minigames in the main level hub, and the six main characters do have their differences and uses. Levels, again, are interesting, with some good setpieces.

Where it starts to fall down, though, are the bosses. The difficulty curve on the bosses varies immensely, from “Oh gods, how the hell am I going to get out of this segment without losing a life” to “Ho-hum, circle strafe and murder, circle strafe and murder.” Although one of them would probably have been a lot harder if I ditched the anti-toxin trousers you can get in the very first level. Keep those trousers. 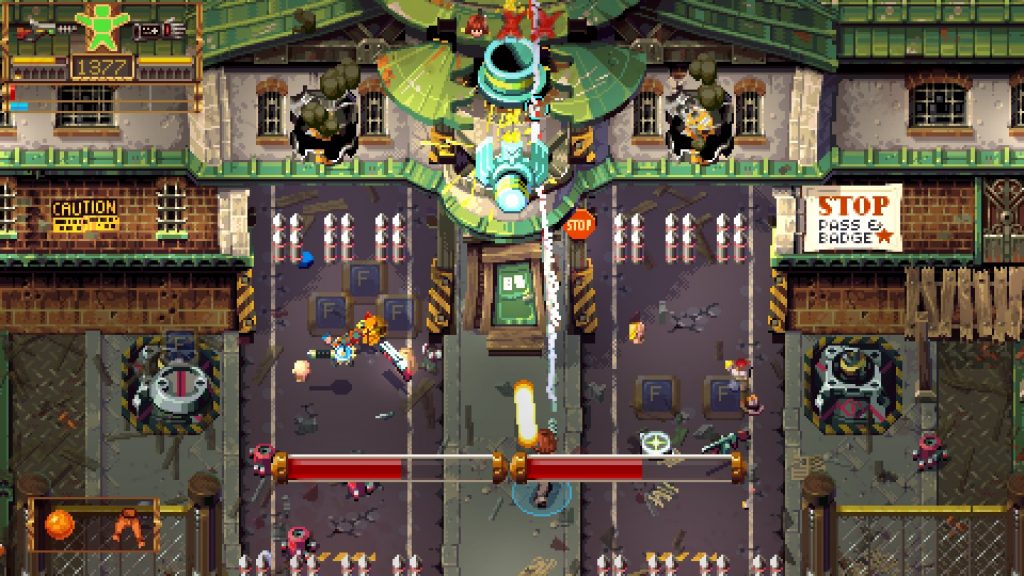 Oh, I just *love* me fights against turrets and beefy chasing drones in a confined space! Oh wait, no, love… HATE. Yes. Hate.

The minigames, similarly, while being fun, are also somewhat necessary if you want to be upgrading as much as possible, as the amount of money is largely set, and you will, for the sake of easing your travails with some of the nastier bosses, want double healing upgrades on all three of your characters. Oh, and extra stuff on the guns, only purchasable in the hub. As to the characters…

…Well, they vary in usefulness, and follow a similar function to lives in any other game, except if the lives then changed how the character played, the usefulness of their special ability, and… For example, for the boss that’s currently proven the biggest roadblock (Unsurprisingly, pictured), I went with the Cop, the Don, and the Diplomat. The Don survived the longest in this boss battle, due to having range on his gun. But eventually, they all went down, and while I could continue from a checkpoint (with all three characters) , I didn’t particularly feel like that this time around. Maybe later. In multiplayer, of course, you have double the firepower, a second player, but regardless of whether you’re playing alone, or with a friend, you won’t be changing characters too much unless they die, due to the lack of opportunities to do so. After all, it requires a closet, or one of the characters dying, and so… You tend to forget those other characters exist, by and large.

Finally, there’s things that were added, either for flavour, humour, or just interesting mechanics, that fall flat in various ways. A red light district, complete with sex workers (One of which you can attempt to chat up. Badly.) Limb damage, temporarily losing you weapons, tools, or moving at more than a crawl, until you fork out the dough to repair them (A forced tutorial example removes your legs… And indeed, leg removal remains the most irritating of the bunch.) The tools, funnily enough, also fit into this category, being mostly forgotten because you can get by a lot of the game without them. There are barks from the main characters, but they often feel either superfluous or odd, and I could, for example, definitely do without the Cop bemoaning possible drug addiction and testing each time she picks up a health pack. 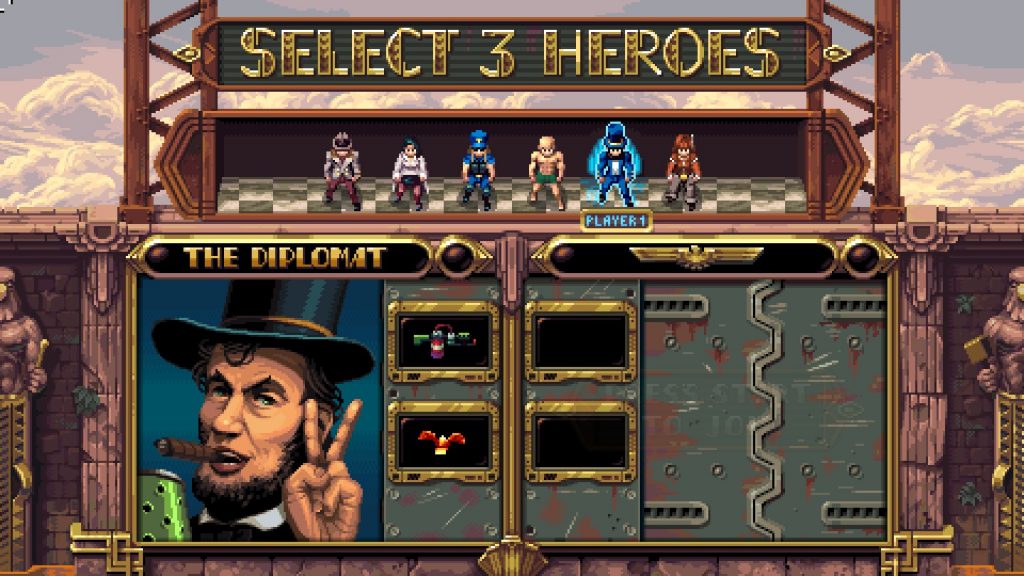 Hrm. Would it be diplomatic to mention Electric Six at this point? Probably not, but that won’t stop me *thinking* it.

I still enjoy parts of this game. The levels are mostly interesting, apart from the odd set piece that doesn’t work so well. The news, mostly, paints an interesting picture. I’ve already mentioned some other good bits. But, overall, there’s enough that falls flat, or feels like difficulty for the sake of difficulty, or “Gotcha!” that, overall, this honestly doesn’t feel like something for me.

The Mad Welshman has also changed over the years. He’s got better textures now.