Being touched by knowledge of the Eldritch Thingumawotsits from The Dark Between The Stars is, it turns out, rather rough. But it does have its upsides. Being able to drain the shields of your enemies, smite them with pure Void… Yup, definitely has its compensations. 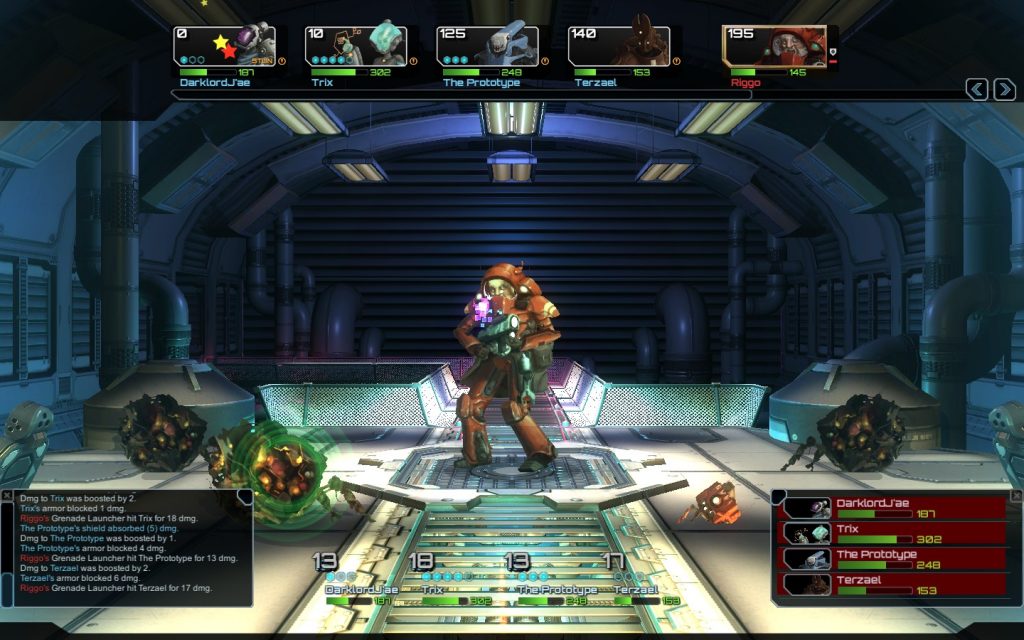 The bosses can get quite inventive, including this feller and his robo-dawgies. Git!

And this, funnily enough, is one of the things I like about StarCrawlers: Every class has its ups and downs, and, more importantly, its own flavour. So the temptation to have a save game in each class, so as to explore the story of the game from several perspectives, is definitely tempting. Even if I’m not actually the biggest fan of the Void Psyker due to the whole “Not so hot portrayal of mental health and occult stuff” being a roadblock for me.

In any case, StarCrawlers is a turn based, step based roleplaying game set in a corporate space opera universe, where everything moves when you do, your actions in combat have time costs that need to be considered, but it’s perfectly okay, because time doesn’t move on until you’ve had a cup of tea, a nice think, and then held down the mouse button, selected “MURDER THESE DAMN ENEMIES ALREADY”, and moved on. It does interesting things, like being able to look around while you explore, which you’ll need, as not everything is at eye level. I’ve found security panels and credsticks in some odd places, from next to desks, near the floor, and even, in a couple of cases, just lying, in a planter. Okay, not the security panel, but yeah, the game wants you to look around, and it demonstrates this by hiding things so that looking around nets you maximum loot. It’s also a fairly colourblind friendly game, and the UI is pretty clear. 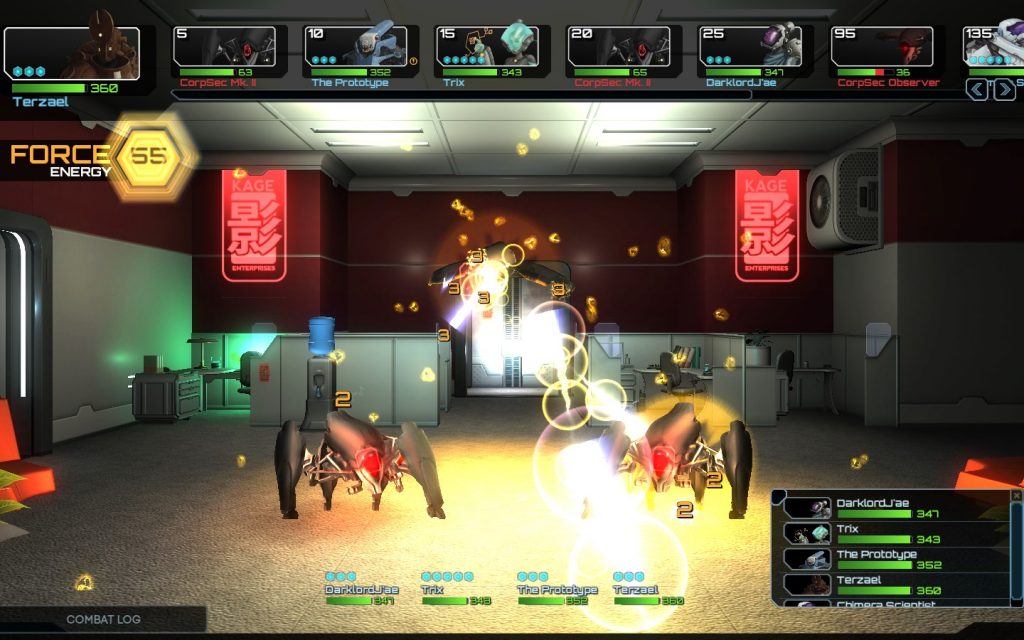 If you don’t like the psychic darkside, then how about the power… To kill a droid from 200 yards away… WITH MIND BULLETS?!?

So, is there anything bad about the game? Well, apart from the characterisation of the Void Psyker, which is, tbqh, a hackneyed stereotype I’d really rather see less of, my main “complaints” are more like “niggles.” For optimal play, you will want a hacker and an engineer in your party, so as to, respectively, hack terminals and security panels, and fix shit that’s broken. The plot missions require a few level ups to get to, but this is actually okay because the generation of the levels keeps to a theme, and occasionally goes interesting places like the inside of mining asteroids and the like, while still making sure that secret doors aren’t blocked off, that once you know an area’s “theme”, you can quickly find security trip-lasers, secret door buttons, and, of course, the things likely to contain loot.

There’s a lot to StarCrawlers, but thankfully, it’s pretty accessible, from the Black Market to the faction system that can lead to assassins being sent after you by a corporation you’ve pissed off (In my runs, nearly always Chimera Corp, the Umbrella of the spaceways, but you might end up pissing off someone like Horizon Robotics or The Workers Union instead), it has an interesting universe, good sounds, good music, and clear visuals. I’d heartily recommend it to RPG fans, as it’s a good example of making a genre that occasionally gets bogged down in grogginess accessible to folks of all types. 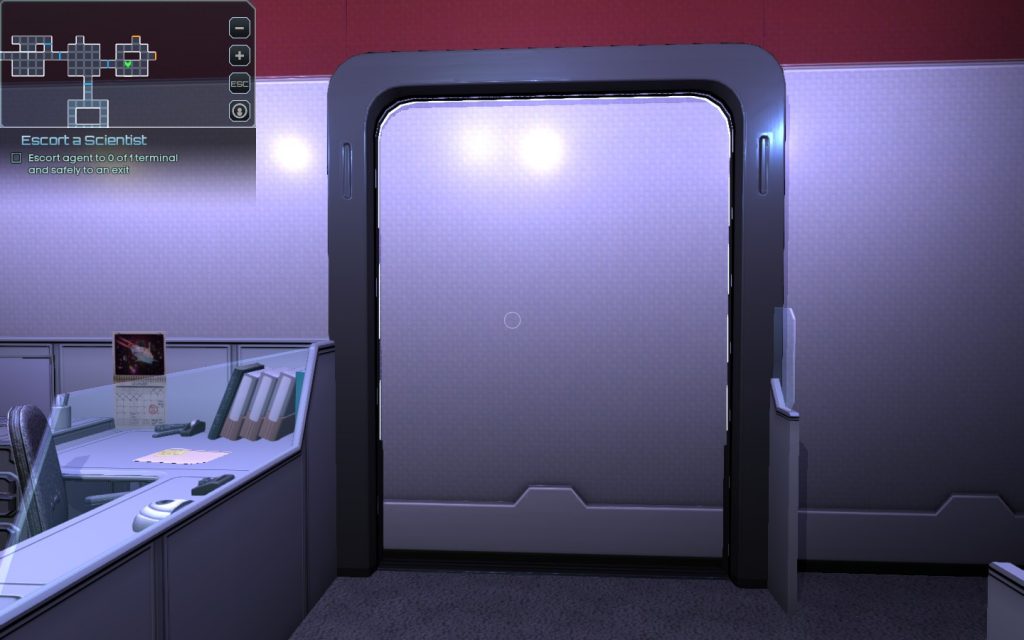 The Mad Welshman inspires many a space psychic, being formed of the pure Dark Between The Genres.