One thing that has always interested me is the use of older game design techniques, but with the quality of life improvements and changes that come from modern game design. So when I quite quickly noticed that Slasher’s Keep mixes hand drawn, eight angle “sprites” , mixed with cartoonishly textured 3D models, I immediately thought “IN.” 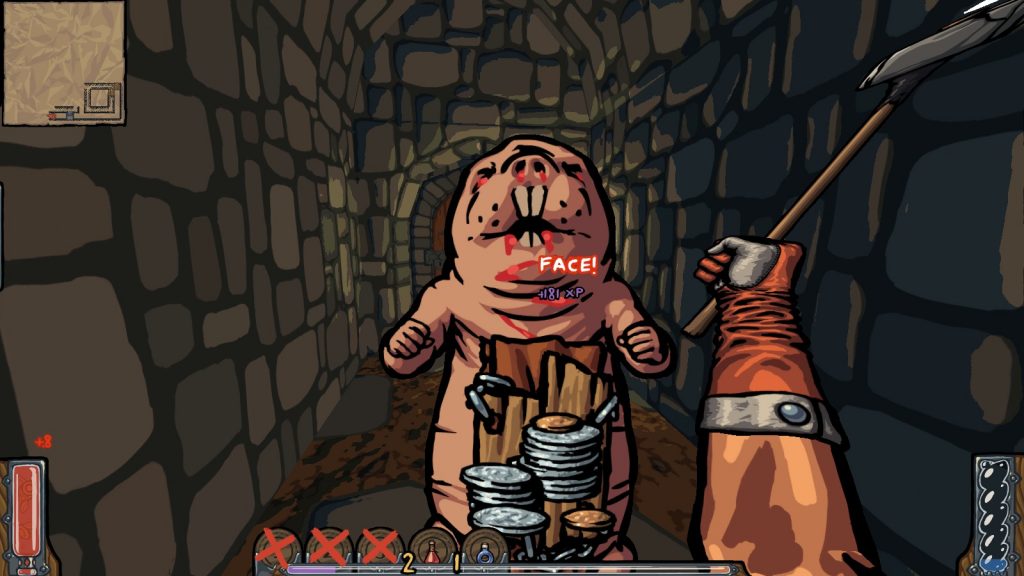 Why thank you for the kind offer of your loot, Mister Moleman. Nothing to do with this hammer I wield, I hope!

I’m happy to say that it’s been charming me more, the further I get. At least partly because, in its quiet way, it is ensuring I get further. And it feels good. Surviving to the second level means I can start finding chutes, through which I can drop equipment from higher levels to the beginning. It also means a shop, somewhat useful when I have vendor trash. Get to the third, and those bits of crafting materials I’ve found can be made into new, spankier weapons… Which it may sometimes be a good idea to just drop in the chute already, knowing that even the swanky kit won’t guarantee my continued breathing abilities.

Each time I die, yes, I lose money, stats, and all the kit I didn’t bung down the shoot… But stat gaining potions, the fact that potion drops scale with you, and the fact that a quarter of your XP can easily be regained (and a bit on top) in a good run, means that slowly, but surely, I’m making my way up, and, importantly, seeing more of the comedy of errors that is Slasher’s Keep.

And there’s no doubt, from the mumbling stone idol that occasionally crops up, goblinoid pin-ups (Including one I was cruelly… Okay, I wasn’t forced to destroy a really good goblinoid pin up, but it was in the way of a treasure chest), and even the introduction show that yes, this is a light hearted game. I mean, if you’d been locked in a cell all the time, with a hole in the wall showing keys just out of reach, would you just… Try pushing the cell door, to realise it didn’t have any hinges? 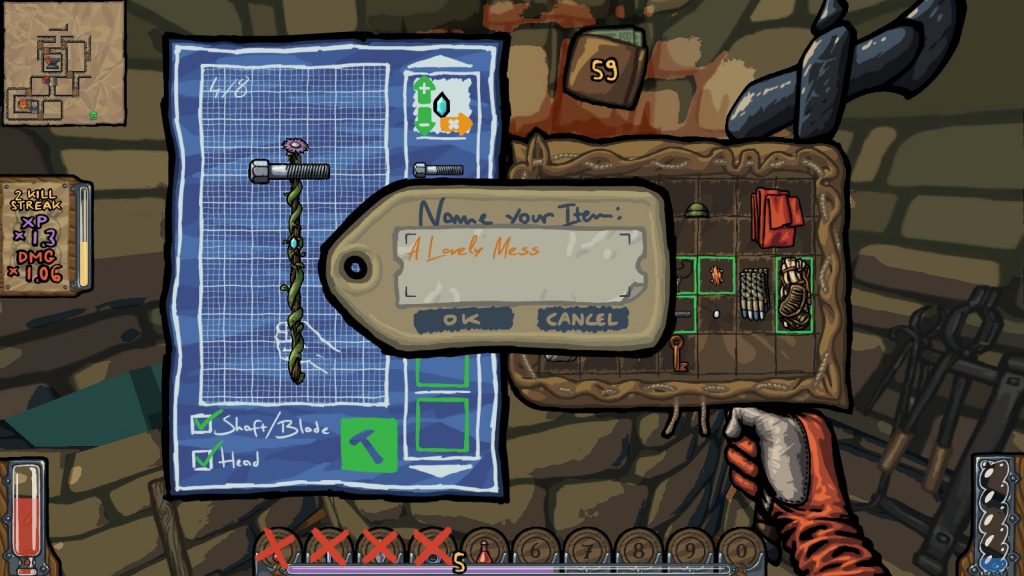 I like to think I craft metaphors as well as deadly, flaming-icy weaponry.

Well, okay, maybe you would, in reality. But this is a dungeon hack in a comic fantasy world, we’ll have none of this “Common sense” malarkey!

With all this gushing, you’d think, perhaps, that Old Grumpy Reviewer Durbin wouldn’t be unmasked as the monster this time, that there’d be nothing to criticise, and that the Mystery Gang wouldn’t have to pull his latest monster mask off his head to muttery grumblings. But alas, as I often say, no game is perfect, and Slasher’s Keep does do some things that get on my (perky) norks.

That map generation needs a bit more work is understandable. Procgen maps are surprisingly hard, and I can’t really begrudge that. But it must be said that yes, there are dead ends to no good purpose, sometimes at the end of a rather long corridor. Less forgivable, perhaps, are some of the ranged enemies. Specifically, the bugs and skulls. See, it’s Slasher’s Keep, not Waiter’s Keep, and I get rather annoyed when, due to an unforeseen mana shortage, I have to either laboriously trick my insectoid opponent to maybe not retreat over the chasm for the twelfth time, or my bony friends to maybe, just maybe, get on with that screaming plunge attack that inevitably leads to their demise, rather than the floating and shooting me from afar thing they seem so fond of? Mana shortages, in this context, are usually unforeseen because only one wand is effectively hitscan, and so shooting at bugs and skulls rapidly loses me all my mana. As such, skulls and bugs are rapidly achieving the not-really-coveted status of “Well, they’re FUCKING BATS to me, mate!”

Especially as, occasionally, challenge rooms (Where the challenge is “You walked into the room, and now you’re locked in until everything but you (or you) is (are) dead”) will entirely consist of… Bugs or skulls. 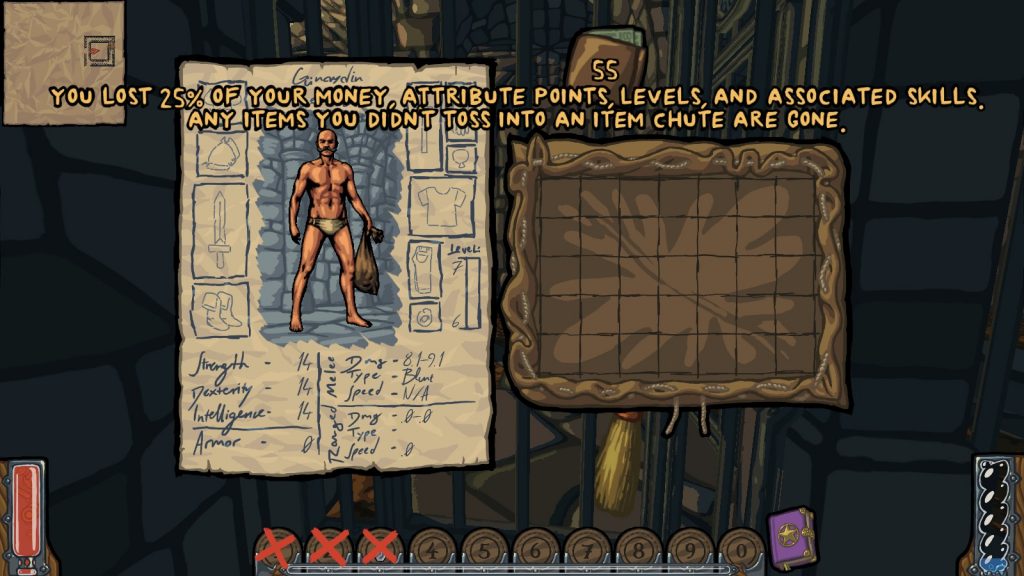 I mean, okay, I lost stuff, got stripped, and thrown back in, but not only am I stronger… I’m still hot. So my jailors can suck it.

The Mad Welshman kindly asks for confirmation whether the stone idol’s accent is indeed Brummy. He still has the scars from confusing Liverpool and Hove, and would like to avoid further accent related injuries…