Source: Free
Price: Free
Where To Get It (Free) : Steam

For all that the “Walk in a desolate area and listen to audiologs/read notes” subgenre of computer games is much maligned (and sometimes rightly so), when done well, minimalism can be turned to advantage, and the story becomes so much the richer. So it is, for me at least, with The Alpha Device, a game that definitely has its flaws (One of which confuses me greatly), but, storywise, enthralled and entertained me.

Simple geometric shapes are fun when you put them together, kids!

Let’s get those aforementioned flaws out of the way first. If you’re not a fan of the school of graphic design among indie games of “Return unto the mostly untextured, if not uncoloured polygons”, then odds are you’ll be predisposed not to like this. Which would be a shame, as the game does clever things with simple shapes (Clever things like using simple shapes as templates to poke holes in other simple shapes… To make shapes that become both more full of holes and chunky bits.) Furthermore, the game is gamepad only, which, I must say, confuses the hell out of me, considering it’s coded in the Unity engine, which makes both multiple control schemes and other quality of life improvements… Well, not a doddle, but certainly not beyond. Still, the game is effectively free, so it would be highly impolite of me to do more than express my confusion there.

Now… The voice acting is an advertising point of the game, and considering that the sole voice actor, David Hewlett, is well known, and has proven his chops multiple times, this is a good point. He really sells the bitterness of one of the last human beings well, that loss and confusion, swinging easily into the undercurrent of hopeless anger that characterises his own storyline. It helps that the story surprised me with how, like Mr. Hewlett’s acting, it swings comfortably between scales, moving from the galactic to the personal, back and fore in a slowly closing gyre, to its twist conclusion. The twist, admittedly, felt a tiny bit off, but only a tiny bit, as it was more that it relies on you realising the dissonance of the audio logs (and your discovery thereof) , than a not-twist, or some other, completely out of the blue revelation with no foreshadowing. 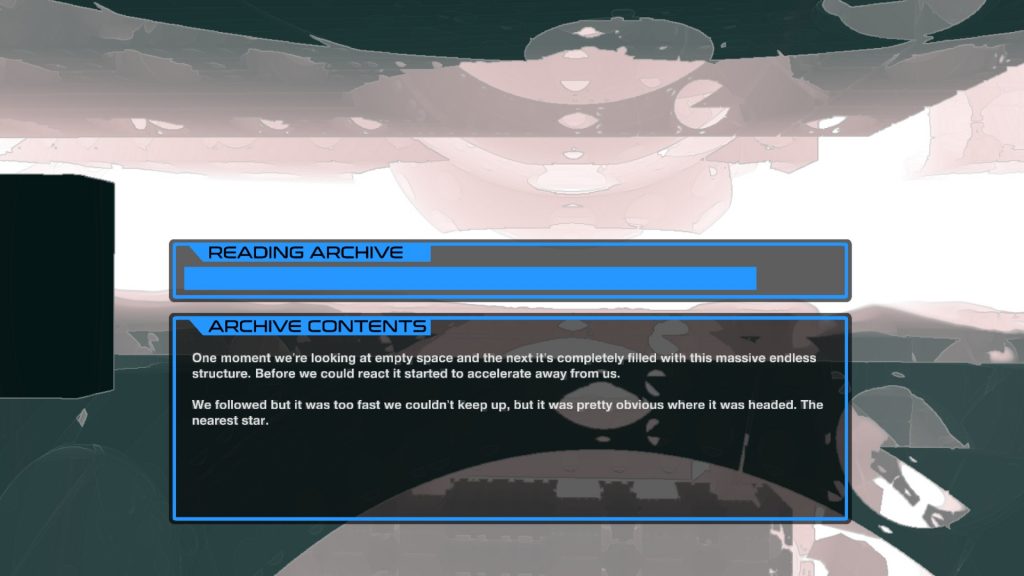 Not pictured: Some good voice acting.

And then… Ah, well. While the game is, technically, quite short, lasting approximately an hour, this is a technically. I won’t spoil the precise mechanics of that technically, but it was fitting, it was clever, in its way, and it satisfied my black little heart, for, listening to the story, I couldn’t help but feel a little bit of anger of my own in sympathy with the protagonist.

As such? Well worth a look if you like minimalistic storytelling. 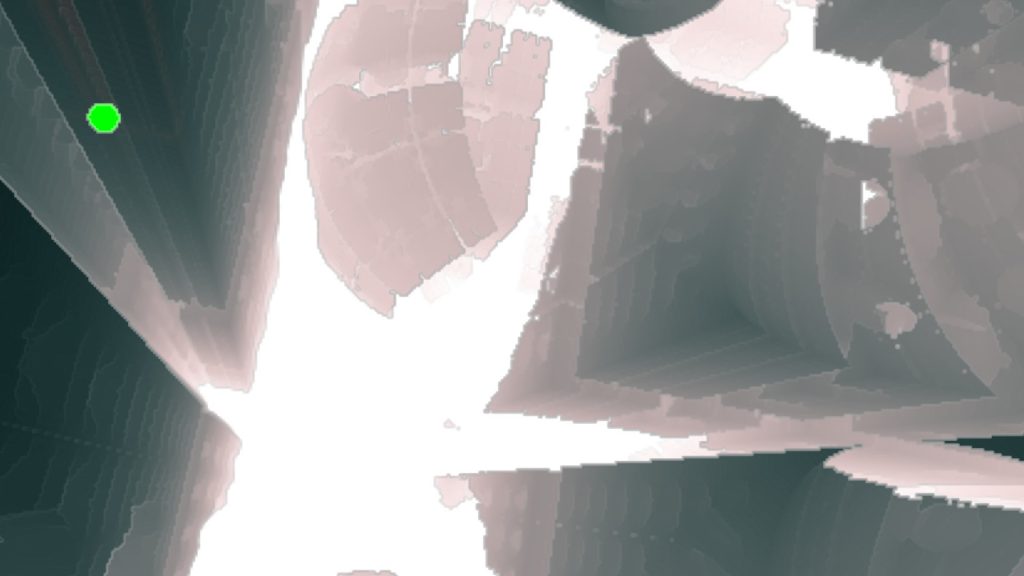 The Mad Welshman has done his best to keep this review spoiler free. That is all.