When I last reviewed Siralim 2, during Early Access, I said the words “Well crafted Skinner Box.” This is, essentially, still true. It’s slow paced, there’s a lot of walking around and doing the same things over and over, there’s a lot of collecting things and clearing out levels as completely as possible… And it’s fairly enjoyable. 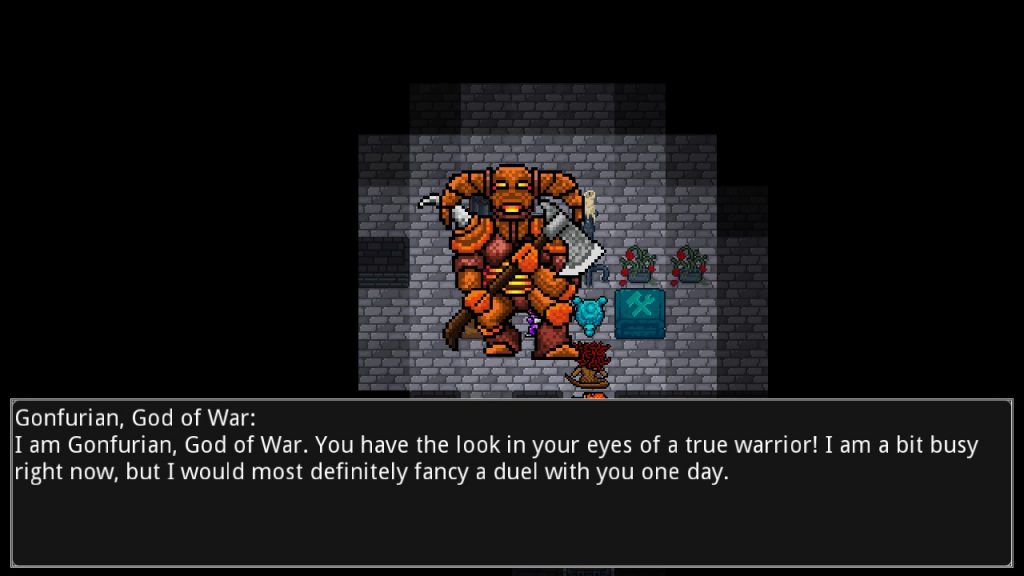 Even the deities are pretty relaxed about things. “Hey, let’s maybe fight when we’re both in the mood, eh?”

More to the point, it’s a game where the challenge is what you want it to be. At the time of this review, I’m just sitting back and going over earlier levels, rather than progressing the plot, because right now? I just want to collect things and see what they do. I want to breed new monsters to see what they’re like, and the plot of an over-arching threat from an upstart deity looking to conquer everything? Yeaaaaah, that can wait.

Siralim 2 is by no means an exciting game as a result. There’s no sense of urgency, no drama… And, in any game that was pretending to be anything but “Hey, build up your castle and do X things and kill/extract from monsters to get more things”, this would be a bad thing. In Siralim 2, it’s obviously what the design was around… It’s not a game you’re going to play for the story. It’s a game where you set what you want to do, and do it while idling the day away. 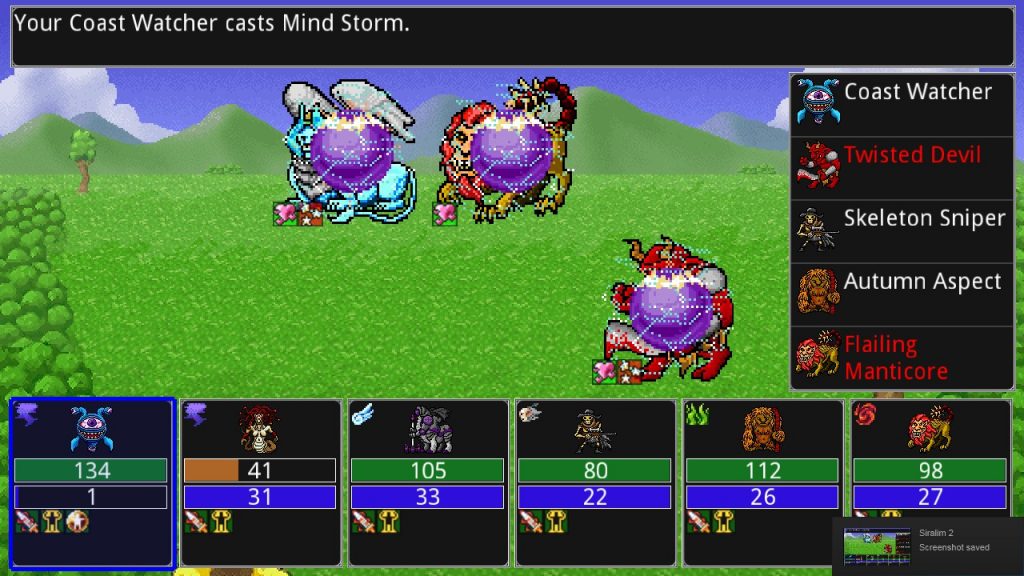 Me, casting a spell that I turned into a “Kill lots of things” button. 😛

And, in a sense, that makes it quite awkward to review. There’s lots of features, such as breeding monsters, crafting new weapons, quests from your castle’s inhabitants, cooking, summoning, spells, boss battles… But it all boils down to two things: Do you want something to play that’s relaxing, but not pushing you? Are you turned off by RPG-Maker style sprite graphics and interfaces? If respectively yes, and no, then bam, Siralim 2 is just fine. If no, and yes, then it’s not. 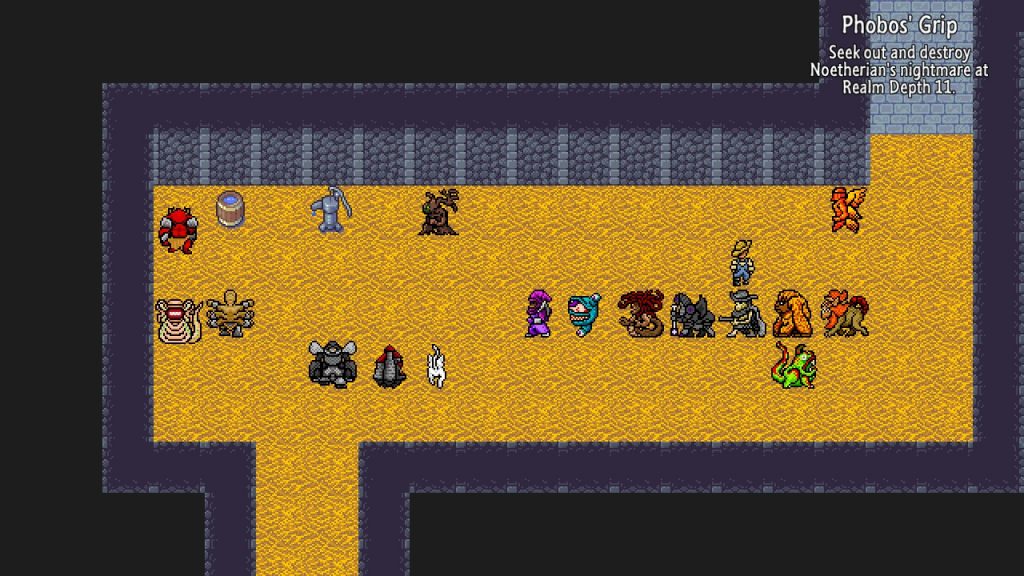 Yup, there’s a lot of monsters, and this is just the beginning. Some are palette swaps, but that’s RPGs all over.

I’m okay with this, as, for the price, I get a decent combat system, with elemental weaknesses, spells, limitations I can get around at my own pace, and new things to meet pretty much whenever I want. I get a castle I can build up… And, unlike many other games of this chill, relaxed type, there’s no microtransactions limiting me. £11, and bam, I have something I can go back to whenever I want.

So, if you like chill RPGs with no real pressure behind them, that are simple to play, but have complexity in the background, maybe give Siralim 2 a go. It’s also available on phone, and has a cloud storage function so you can play it while you’re out too. Which is nice.

The Mad Welshman banged two monsters together, and was pleasantly surprised to find out he had a new monster. Another productive day!