I can say, having played Reigns: Her Majesty, that I have been a lesbian queen torn to shreds by the adoration of her populace. I’ve also been a bisexual queen burned by the church along with the unborn heir to the throne, a heterosexual queen who had a dalliance with her hunter, then turned off the sun, an asexual queen who burned the treasury on pretty things, but, in all of these stories, there has been a common thread. 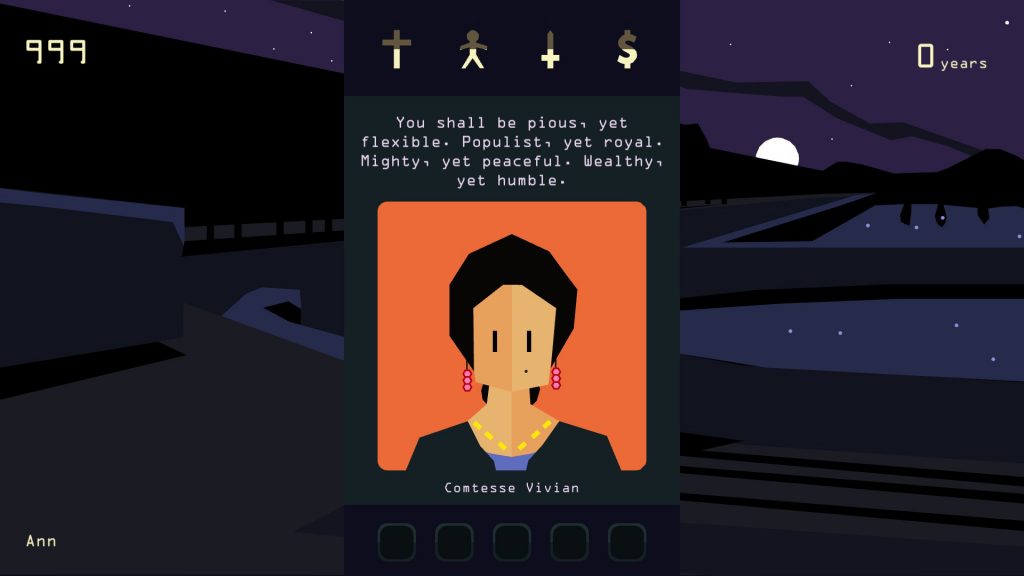 Uggghh… The worst part about Queen PLC is the bleedin’ Marketing Department, I swear.

Some incredibly shifty (and often shiftless) men trying to tell me how to live my life. Not to mention a couple of folks, men and women, trying to tell me what is proper for someone of my station. Even if, as it turns out, a lot of that “proper behaviour” was bollocks. It even got me killed, in one early case. Reigns: Her Majesty has things to say, about medieval perceptions of gender, pagan faiths versus state religion, all sorts of clever stuff under the surface.

I’m loving every minute of it.

Much like its predecessor, Reigns, you are a monarch, destined to die and live again, until something happens. Instead of being cursed by the Devil, however, you are an Archetypal Queen, seemingly created by the Lady of the Wood for… Reasons. Although there is an amusing nod where you ask your pet cat Rex if they’re the Devil in disguise. Any which way, your reigns are generally short and brutal, due to the balancing act you have to make with binary choices (Swipe left, swipe right.) You can’t be too popular, or not popular at all. You can’t have too powerful a military, or a nonexistent one. Obviously, there has to be money in the treasury. And you can’t piss off the Church too much. There are goals, but more than baby steps are unlikely, due to just how fragile the kingdom really is. The crown and Church battle. The King can’t be bothered with most administrative tasks. You’re not, in a very real sense, allowed to be yourself. You have to be The Flawed Queen, not perfect (Because you’ll die), not terrible (Because you’ll die), just… Walking the tightrope. 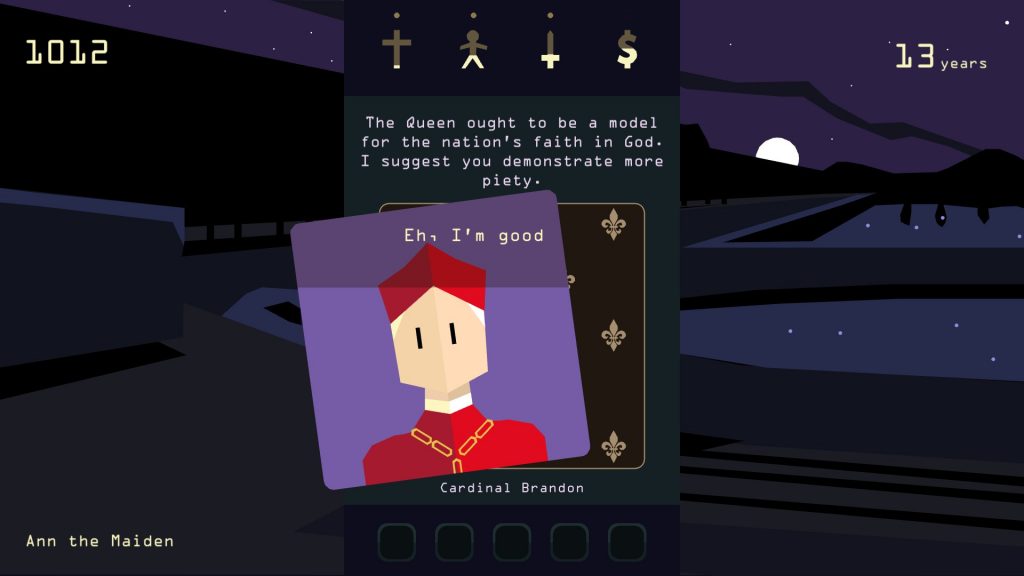 NARRATOR: As it turned out, no, she wasn’t good. She had, in fact, been deemed Very Bad by the Church…

If you can’t find parallells there with the modern day, with celebrity, women, and the like, trust me, they’re there. Visually, it’s as tidy, as interesting, and clear as its predecessor, and the soundtrack is quietly menacing, eerie, and sometimes ridiculous, as it needs to be. The writing’s damn fine, and, as with Reigns, the further in you get, the more there is to do, narrowing again toward the inevitable progression toward… Well. Let’s leave that for you to find out… My Queen. 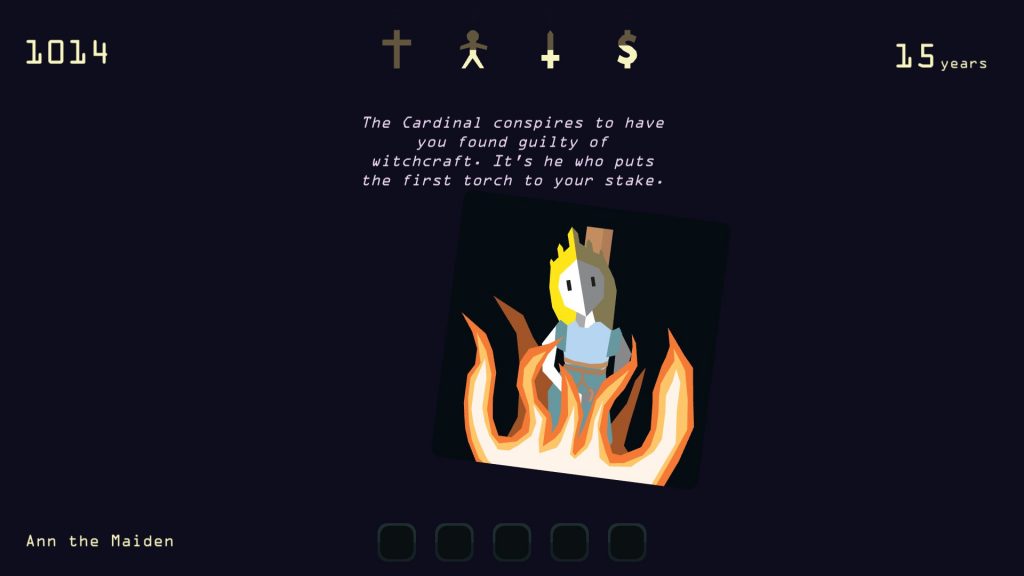 NARRATOR: …And so, the Queen and her unborn heir were invited to a lovely barbecue, where she was the guest of honour, and the Church forgave her.
Oh, wait, no they didn’t.

The Mad Welshman never did get the hang of the tightrope…