Forever Live The Queen! The Empire, In Its Infinite Wisdom, Has Replaced The Traitor Sun With A Clockwork Marvel. More Inside, Along With The Scandalous Dealings (And Deals) At Magdalene’s! 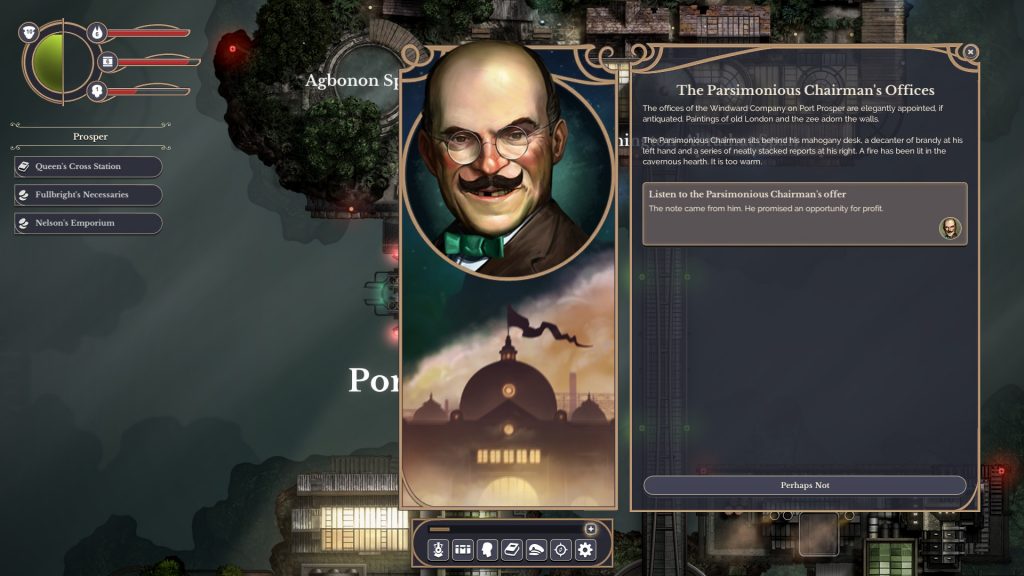 Although this screenshot is from an earlier version, how could I not include the talented melding of Terry Thomas and David Suchet as a dastardly bureaucrat? So good!

So… Here we are again. Failbetter, from browser game Fallen London, to Sunless Sea, to today, have created an interesting world, a dark, funhouse mirror world of the Victorian, Lovecraftian Empire. Cosmic Horror, Dunsanian Phantasy and Afternoon Tea, if you will. And now? We’re in the railways of space. Yes, you heard me right. Flying trains. Through space. But, as they say, the more things change, the more they stay the same.

For example, resource management remains important, as you have limited cargo space (Even with improvements), and the very fact that running a space train is kind of expensive immediately throws you into the politics and mysteries of the area. The Company will keep you in fuel and money, so long as you regularly supply them with Port Reports, and don’t deal overmuch with those violent blackleggers and revolutionaries, the Tacketies. Which is amusing, when you consider that in the Station of New Winchester (The capital of the first area of the game, and currently the only available one), Victory Hall (One of the homes of the Tackety Movement) is quite near, in fact, to Company House. But such is life here. 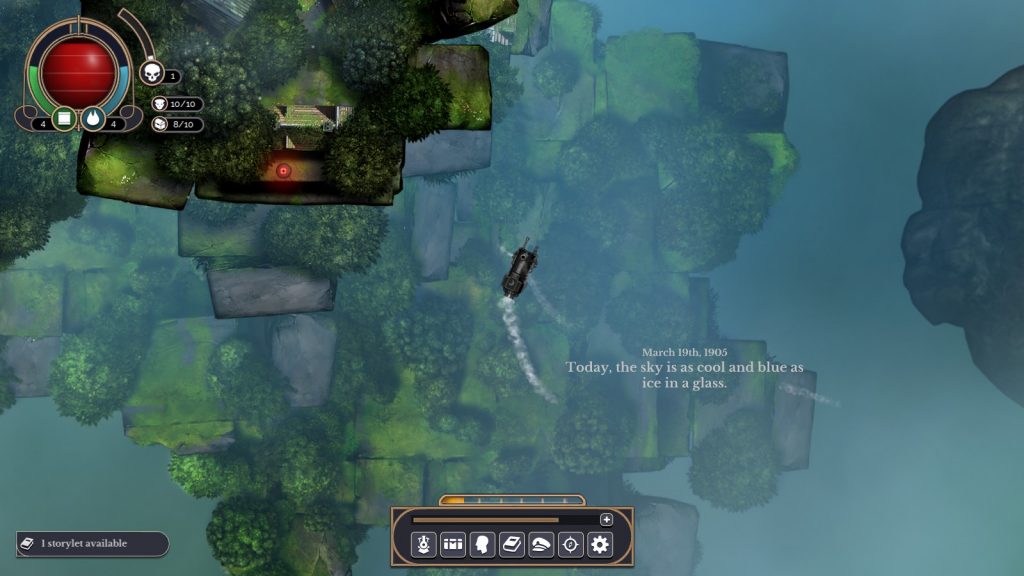 Each area, each floating township and station has their own feel. Their own mysteries…

Right now, while there may not seem like a whole lot (And the developers, ever cognisant that you might have trouble paying the bills, give a generous starting payment to get you going), the stars of Sunless Skies are still intriguing. It’s a living, breathing Space, with the fungal remains of vast creatures, singing bees, and, of course, various Fallen Londoners in space. The most recent update, accessible by beta branch, is something well known to Sunless Sea players: The world having segments that are, themselves, static, but placed procedurally. So, sometimes, Port Prosper is, as the main branch would tell you, far to the Northeast. Sometimes, it’s to the Southwest. Sometimes, it’s to the NNW. But it will always be a tough prospect to reach without having some supply stops in that middle ring to help ensure you don’t die in what is, despite the Queen’s meddling, the cold of space. You’re rewarded with experience for finding places, filling out that map, doing tasks, but, in the end, the Sunless Skies will swallow your character whole.

Of course, if you die, at least some of your knowledge gets passed on to the next Captain, some of your goods, some of your wealth. Perhaps all of it, if you reach what’s currently the first goal of the game’s lineage based RPG fun: Having a home that isn’t the Cab of your (admittedly glorious) space train. The controls are simple, explained well by the game, and from there? Well, the choices are out there, ripe for exploration. I quite enjoyed Sunless Sea, Sunless Skies is looking to be an improvement on that formula, and I look forward to seeing where this looking glass leads. 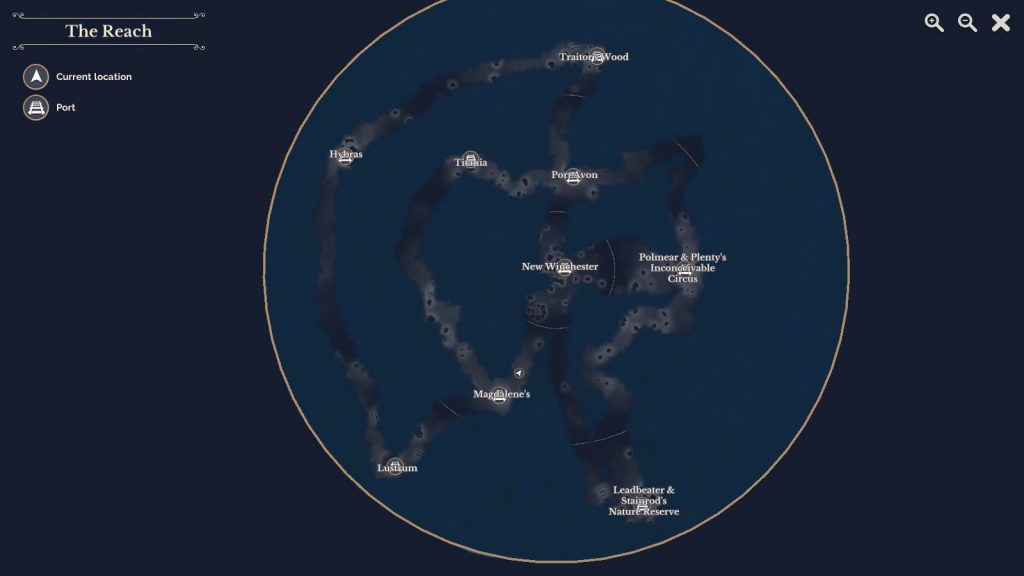 Those who are impressionable may feel that this is an eldritch sigil, rather than a path of exploration along common trade routes. Please ignore the howling winds from the ground itself and tentacled beastie behind me, thanks in advance.

The Mad Welshman would, for obvious reasons, prefer to be referred to by his proper title: Captain D’Urbin of Her Majesty’s Windward Company, 4th Merchant Fleet. Thankew.