Lucifer, it appears, is a game developer. Through the receptacle of Daniel Mullins Games, they have created something devilishly amusing, and somewhat fourth wall breaking. There’s just one problem with reviewing it… If I tell you pretty much anything that happens, it’s going to spoil the damn game. So let’s talk in generalities, and in mood. 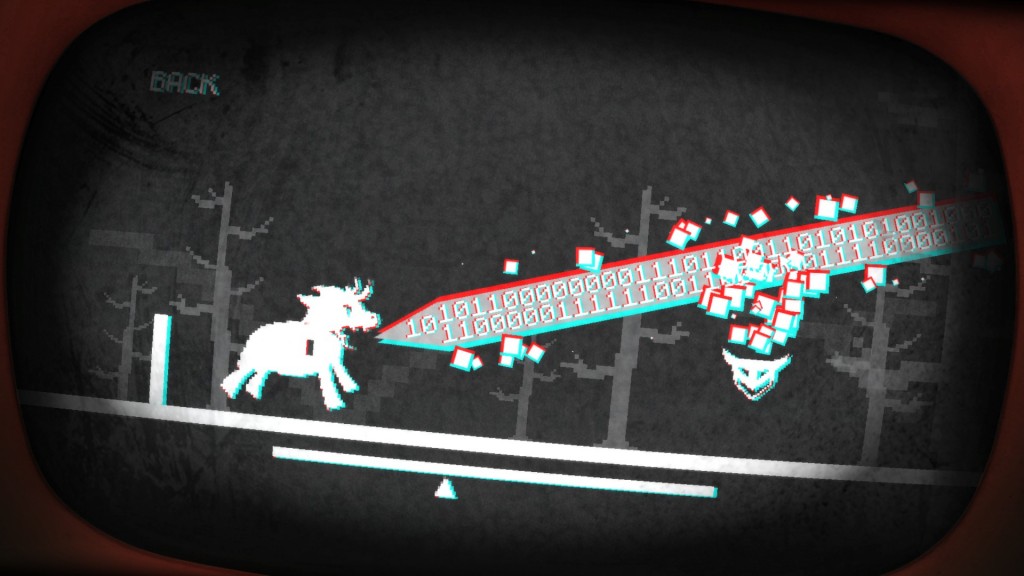 Your mood when you begin (Or, indeed, look at the Steam page) can be summed up as something like “Oh christ, ponies. Fucking ponies.” Followed quickly by “Oh christ, Creepypasta… Bloody creepypasta.” It is my recommendation that you ignore these first two instincts. After all, the store page pretty much told you that the game was (in-game, at least) written by the Devil themselves, so you only have yourself to blame if you think these things after it’s outright told you.

Indeed, once you ignore these two beginning urges, you get to the puzzle elements of the game. And they’re clever. At first, they’re simple, switching symbols to get code to work. That much, I can mention. But it gets cleverer, and requires timing, and both the puzzles and the game begin to escalate. Kill things as soon as you’re able. But don’t kill other things. Beat the devil at his own game, or rather through the code of his own game (While playing his own game), and eventually, you will come to an awesome, hectic, and somewhat odd finale. Then, if you’re a good person, you will uninstall the game. All the while, you will be encouraged to give your soul to the developer of the game within the game. But screw that! (At least partly because it is “common wisdom” that we reviewers don’t have one. Pfeh, common wisdom. We just don’t like giving them away.) 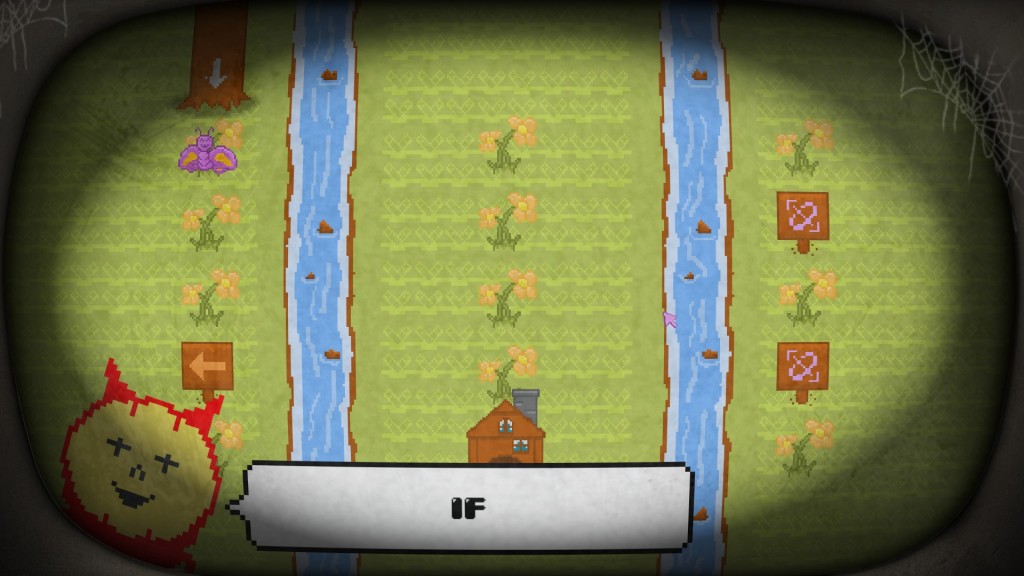 Of course, I am a moustache twirler, not a nice person. So I reinstalled, and went back in. And not everything fits as well as it could. The overall narrative? Yes. It twists, it turns, it has some clever moments that are only implied through showing, never outright shown, never outright told. But it has moments of “BUT THOU MUST” that you’ll probably only notice on a second playthrough. I can’t deliberately fail certain moments, though I know I want to fail them, no matter how innocent (or not) they appear.

But the simple sound, the lo-fi aesthetic, the implications within the story (Despite having all the time in the universe, the Devil, it seems, is an insecure and passive-aggressive game developer) draw me back in for another go, to see the rest of my life story (Such as it is, and slightly cliched though it may be), and to experience that finale one more time. For £4 , I won’t say it’s for everyone. Not everyone’s going to appreciate the puzzles, or the switches between a simple arcade style using the mouse, and the not so simple segments. But if you’re okay with games that switch between simple (And I do mean simple) arcade games, a boss fight or two (More complex), some logic and timing puzzles in between (Forming around half of the game), and humour that I’m guessing is aimed at “Oldschool Gamedev”… Y’know, the kind of folks who think a game isn’t fun without a death pit, or one-hit kills, then this might be worth a shot. 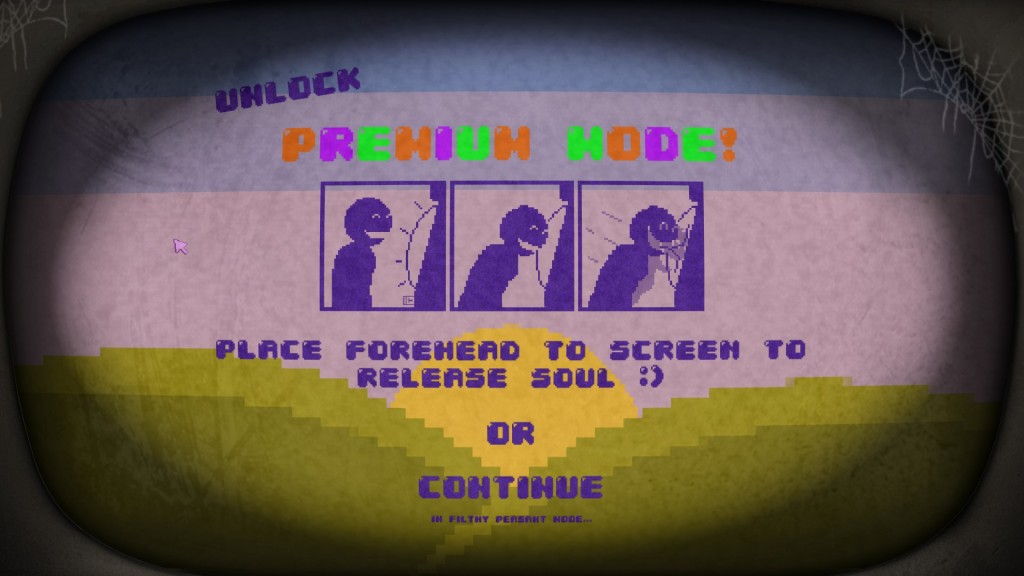 If you guessed this was also PonyIsland.JPG , you can now give me your soul as a reward.

There’s a lot I could say about it. About how the dutch angles are a nice touch, nice and subtle. About how the developer has nailed “Sickeningly cutesy” in places, and “OhGodWhy” in others. Little touches, little things. But all I will say is: It’s worth a go if you like something moderately amusing that will take you about 3 or 4 hours to finish the first time, then go back to see if you can get all the tickets, or remember a password, or maybe learn the full story of… Well, something.

The Mad Welshman also wants your soul. Well, actually, all he really wants is to pay his bills. He has enough trouble with one soul, ta muchly!