You’d think, after all the times I’ve said “It does what it says on the tin”, that Pixel Puzzles Picross would be that. And you know what? Mostly, it’s true. At its most basic level, P-P-Picross (R-R-Raggy?) is exactly that: You logically deduce what bits should be filled in in a grid made of 5×5 grids, using numbers at the top of each column and the left of each row, and the knowledge that there has to be a single space between each number. Do it right, and you get a pixel picture that the game colours in, and the sweet, sweet acknowledgement of your intellectual prowess. Go you. 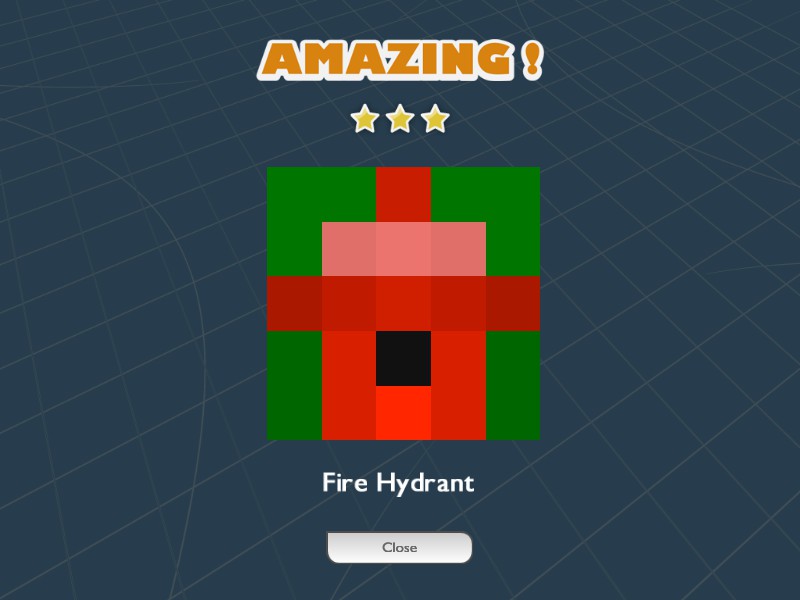 However, this is not quite the whole story, and what’s left… Somewhat confuses me. You see, there are bits of Normal mode that feel like they would have fit better in Hard mode, and bits of Hard mode that would have felt better in Normal mode. Normal mode doesn’t use lives, while Hard mode does. So far, so good. But Normal mode doesn’t properly inform you when you’ve filled a segment in properly, and has a timer, while Hard mode… does tell you, once you’ve done things the right way, that yes, you no longer need to worry about that 2, 1, 1, 3, and only have to worry about the 1, and 1 (To give an example), and has no timer to feed your ego.

This doesn’t really detract from the game, per se, but it does feel off, and I find myself flailing about a lot more in Normal mode than Hard. Beyond this, though, there’s honestly not a lot to say that hasn’t already been said. Normal puzzles and Hard puzzles have separate scores, despite the fact they appear to be the same images throughout, there are only a few tunes, the UI’s pretty friendly, but it’s not recommended to run this maximised unless you like to be annoyed by your steam overlay messages not going away and being drawn over by other steam overlay things (A relatively common draw problem, fixable, but also easily avoided), and the option exists to turn off what I found to be a very helpful feature (Once you’ve held down the left or right mouse button to draw and chosen a direction, it won’t go outside of that row or column until you release it.) 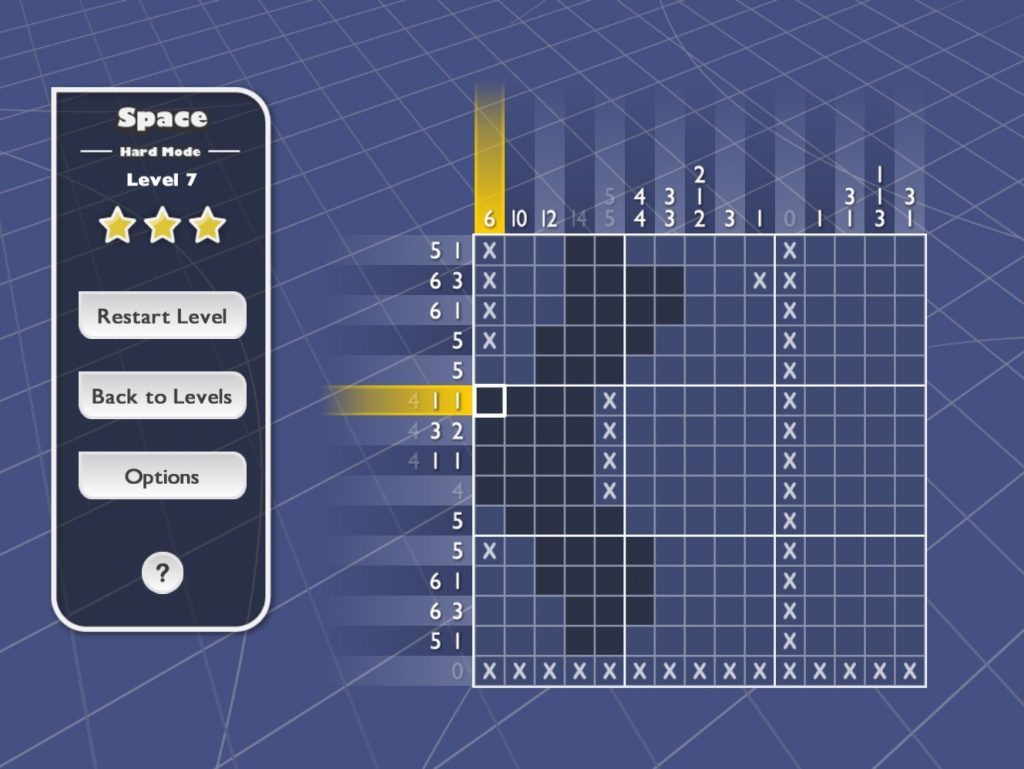 OMGIOD SPO- h wait, no, this is a good illustration of how you play Picross without finishing the image.

Beyond that, well… It’s a Picross puzzle game, it has a fair few puzzles, from ones you’ve probably seen before (Oh look, a heart) to things like space shuttles, pitcher’s mitts, and seahorses, all thematically arranged. It works, niggles aside, and it’s a perfectly serviceable game, all told. Are there better ones out there? Yes. But there’s very few puzzles here that are annoying, it’s accessible, it’s clear, and it’s got a perfectly acceptable price-tag about it.

I’m still somewhat confused about the difficulty differences though, and will probably remain so. 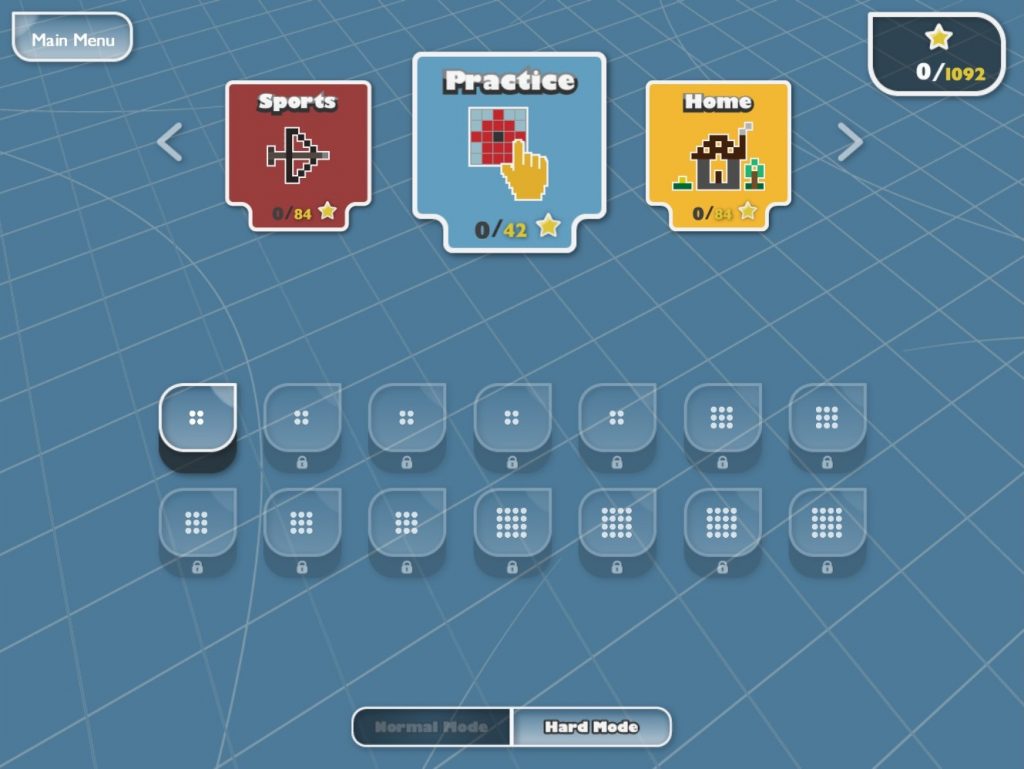 There are quite a few categories, with lots of levels, although, as mentioned, I’m somewhat befuddled by the idea that completing it on hard doesn’t also complete it on normal.

The Mad Welshman loves him some Picross. He will stamp those pixels down aaaaall day when he’s in the right mood.