Source: Cashmoneys
Price: £10.99 (£3.99 each for Undermountain and Skullport modules)
Where To Get It: Steam 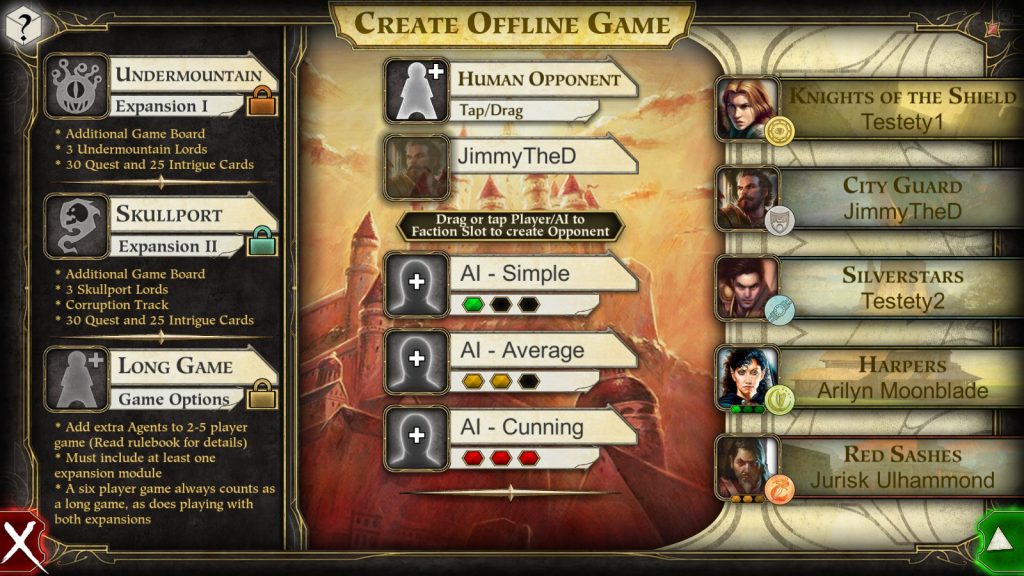 It is important to note that your avatar has no bearing on which lord you get. That’s down to *faction* . This screen also serves as a handy guide to what the expansions add.

Before we get into that, the basic idea of Lords of Waterdeep is that you are one of the titular Masked Lords of Waterdeep, rulers of the city who are, for the purposes of this game, at odds with each other. Each Lord (Chosen randomly from a faction pool) has special abilities, preferences, and goals, and winning the game involves making maximum use of your cards, and limited agents per round, in order to get Victory Points. It’s got a lot to it for something with such a simple base concept, and not for nothing was it, and games that follow a similar vein, quite lauded in the board game industry.

Part of the problem is, quite frankly, that it’s a direct iOS port of a game where the most effort has clearly gone into making sure the game itself works. The art is servicable, but the UI is iffy, and has trouble handling more than 6 buildings in a game (It is highly recommended to play the tutorial, to get used to the UI.) The music, I turned off rather quickly. It’s a single song. What you’re meant to mainly be enjoying here is the game itself, and play with others. 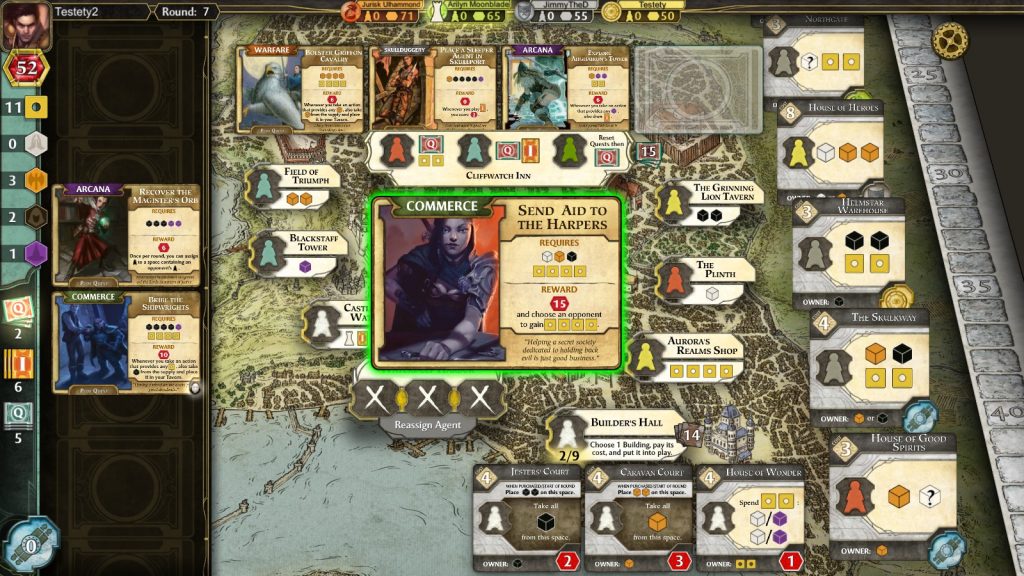 This is the first time I will see this card being played. It won’t be the last this turn. Not by a long shot.

Which can, honestly, be a disorienting experience, be it in multiplayer or offline, hotseat mode. On the one hand, I can understand why the decision was made to have every other player’s turn recap for every player, and why it will suddenly jump to another player (Who will also recap what they missed) every time someone has to confirm or choose something as a reaction, but there is not only no way I can see to turn this off (Should, say, you be playing hotseat on the honour system), and you need to go into settings to change the animation speed, that games can, at times, feel excruciating. Yes, I know Arilyn Moonblade did this, this, and this, I saw it happen. I don’t particularly feel the desire to see it four times in a five player match.

The AI in the game is pretty vicious, and even with an “easy” AI, there is a good chance you’re going to have to play pretty well to beat them, and, in the end, the main thing recommending this game is that it’s cheaper than the board game and its expansions. Overall, it feels kludgy, and very much a case of “You get what you pay for.” 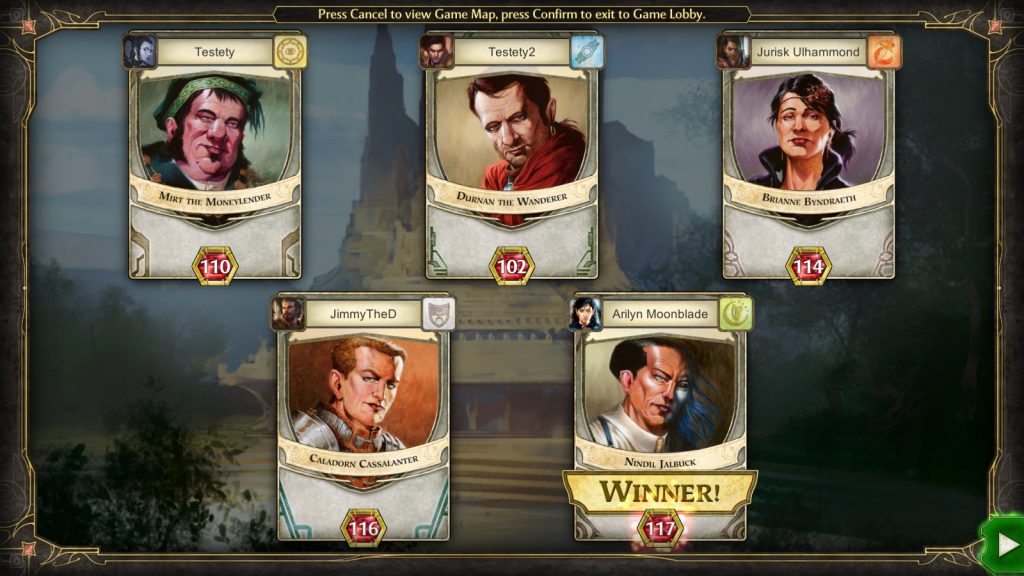 On the one hand, thanks to post game scoring, I didn’t lose as badly as I could have done this game. But Mystra, to lose to a Moon Elf playing a Halfling. UGH. (And yes, that is apparently a halfling. CORRECTION: A Halfling replaced by a Doppelganger. THE REALMS, EVERYONE.)

The Mad Welshman is extremely salty that he lost to, of all people, Arilyn bloody Moonblade. Although he supposes it could be worse. It could have been Danilo Thann or Khelben Arunsen.