Source: Cashmoneys
Price: £23.79
Where To Get It: Steam
Other Reviews: Early Access

Normally, I try to avoid making references to other games in reviews, not least because it can introduce expectations that shouldn’t be there (see the Moonlighter review from earlier today), but, in the case of Overload, Revival’s 6 Degrees of Freedom shooter… It’s Descent. 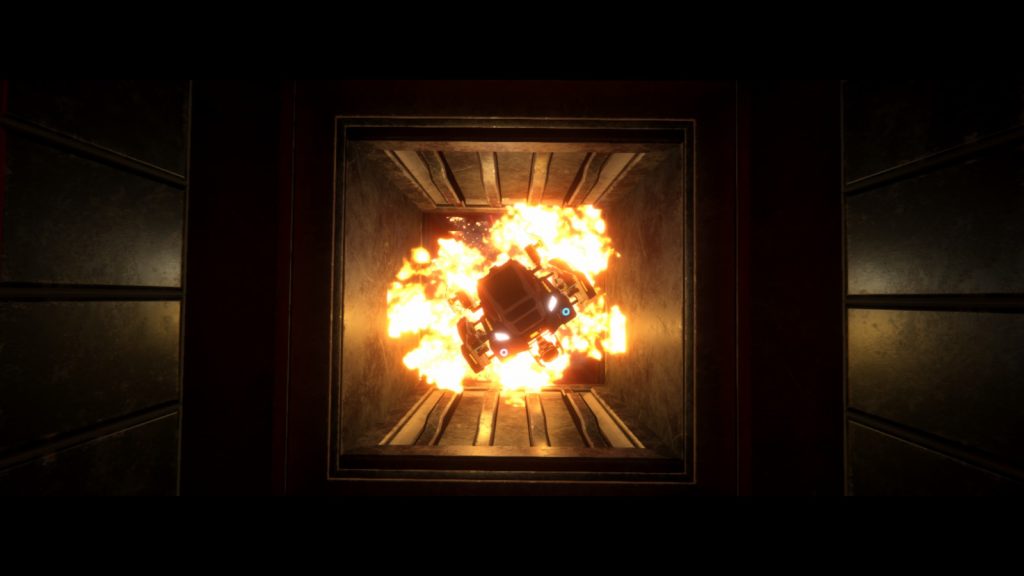 “M’lud, if I could draw your attention to Exhibit A…”

For anyone young enough to not know why this is a big deal, Descent’s big selling point was the aforementioned 6 Degrees of Freedom. Want to float upwards and downwards, strafe sideways (that’s 2) , but also rotate in all three axes and move forwards and backwards in a science-fiction setting of robots gone wrong, and your mission to rescue the victims of what would eventually turn out to be both an alien invasion and Evil Corporation Shenanigans? Descent, and its two sequels had you covered, refining the formula.

Overload, funnily enough, refines it further. Although this is less surprising when you consider that the two Revival founders, Matt Toschlog and Mike Kulas, three of the original trilogy’s musicians, Dan Wentz, Allister Brimble, and Jerry Berlongieri, and more have been involved heavily in the development. They’ve had time to think about this. So… What’s the result like?

Undeniably fun and tense, is the very short answer. Last time I looked at it, I mentioned that the refinements to the formula are, for the most part, more to do with level design and quality of life than, for example, major rejiggings. Multiple difficulty modes, with the nice touch that challenge leaderboards are separated by their difficulty. Looking at the map pauses, and, considering the general gameplay loop, this is a godsend, and, while the maps are indeed mazelike, I never found myself truly, hopelessly lost like I did in the original games. Although, equally to its credit, I’ve felt ambushed, claustrophobic, and tense, aided by the often casually oppressive sounding music, the almost-screams and growls of the Automatic Operators. Logs being short and sweet, upgrades, secrets… It’s an interesting mix of the more traditional and the modern, and it works. 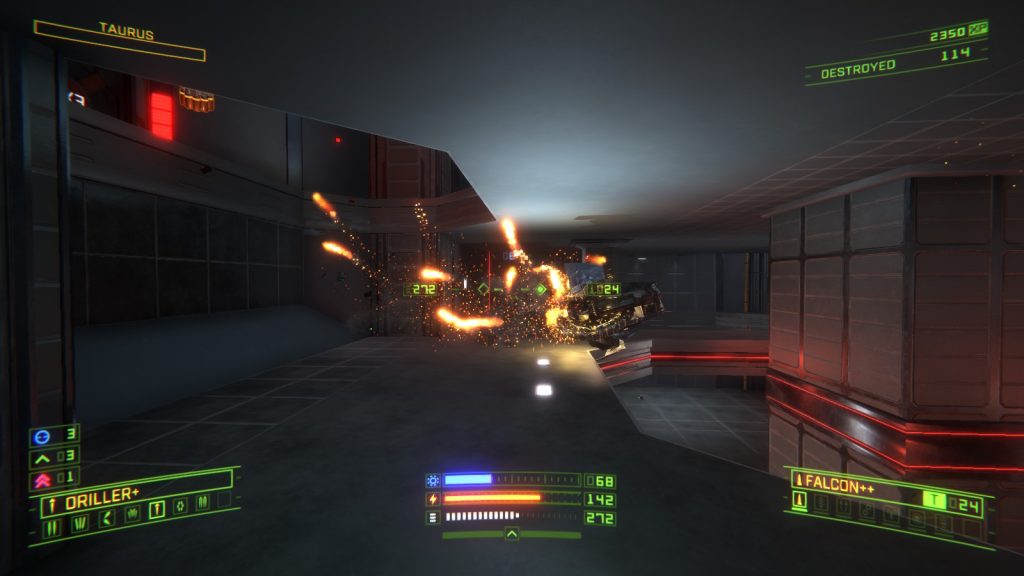 Particle effects can, on the one hand, obscure what’s going on. On the *other* , it makes this Auto-Op about four or five times scarier, even after it’s dead.

Good example: This is a game that has monster closets, in the traditional sense of the phrase (Secret places that open on triggers, usually once you’ve done something, to reveal… SURPRISE ENEMIES, HAHAHAHAHA) , and… I don’t mind. You know you’ve done monster closets right when they feel natural… And, just as nice, they have an actual, narrative reason to be there. I won’t spoil it, but the overall idea is that a set of colonies around Saturn have gone dark, and, carried in your slower than light craft, you have to work out why robots have gone bad, why colonists have been reassigned, and why the hell the company’s founder, Gabriel Kantor, seems so certain he can burn his bridges and unleash death and destruction for a set of colonies that are nowhere near self-sufficience. It’s similar enough to the plot of the original Descent (hell, it even has references to the Evil Corporation of the original games, the Post Terran Mining Corporation), but the differences, and the explorations therein, short as they have to be due to constraints, pleases me.

In short, this is not only an excellent addition to the 6 Degrees of Freedom Shooter subgenre, it’s also an excellent Descent game, and well worth a look. Oh, and there’s a free level editor too. 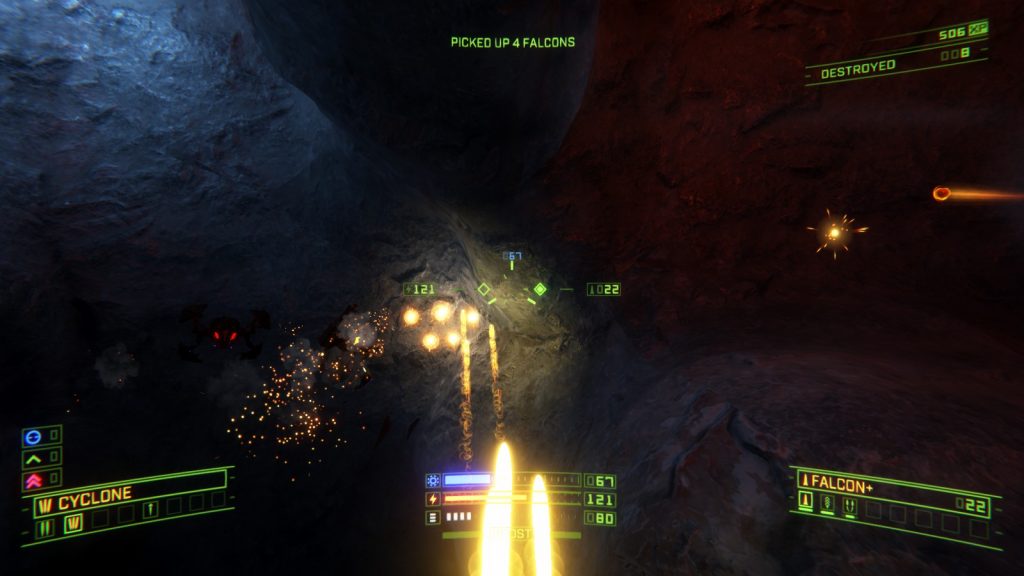 The mood in these tunnels can be described with phrases like “Somewhat tense”, segueing quickly into “AHH DIE DIE DIE PLEASE DIE”