Opus Magnum is, as you might expect from a Zachtronics game, clever, mildly frustrating at times, but overall very good if you like puzzles that use programming logic as their core element. This time? The logic of an alchemical machine, used by a recently graduated alchemist who very quickly gets way, way over his head. Solid stuff. 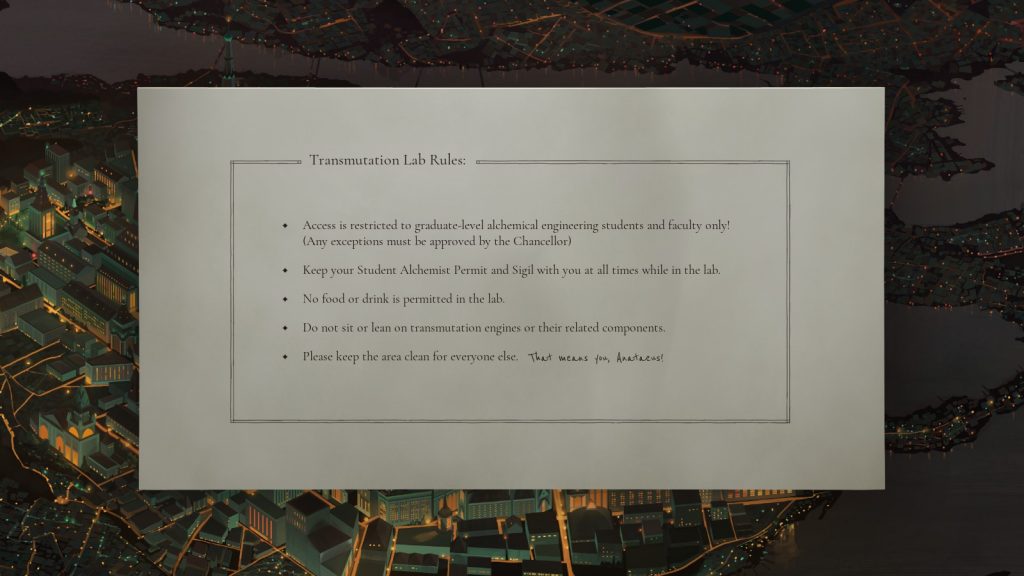 Anateus, as you might have guessed, is a slovenly genius.

So what’s clever about this? Well, it encourages tight, simple designs with fewer moving parts. Sometimes, this is positive reinforcement, like the warm glowies you get when two arms, a special kind of bonding machine, and a glyph to turn elements into salt take the element of Fire, and make it… Well, more fiery. Not that you’d see that, but rest assured, you’re making explosives, there is story to it, both before and after, it’s written well, and it makes sense (More bonds, in chemistry = More energy when they break. KABOOM.)

Sometimes, this is more restriction than anything else. The robot arms (your means of manipulating the elements) can’t be programmed until you place your element sources and the output down, and no, these sources are the sources you have to work with. Move them around, shuffle them for optimisation, but when it gives you one Water Sphere, and you have two waters to bond, then you just have to deal with it… And it’s fun to do so. 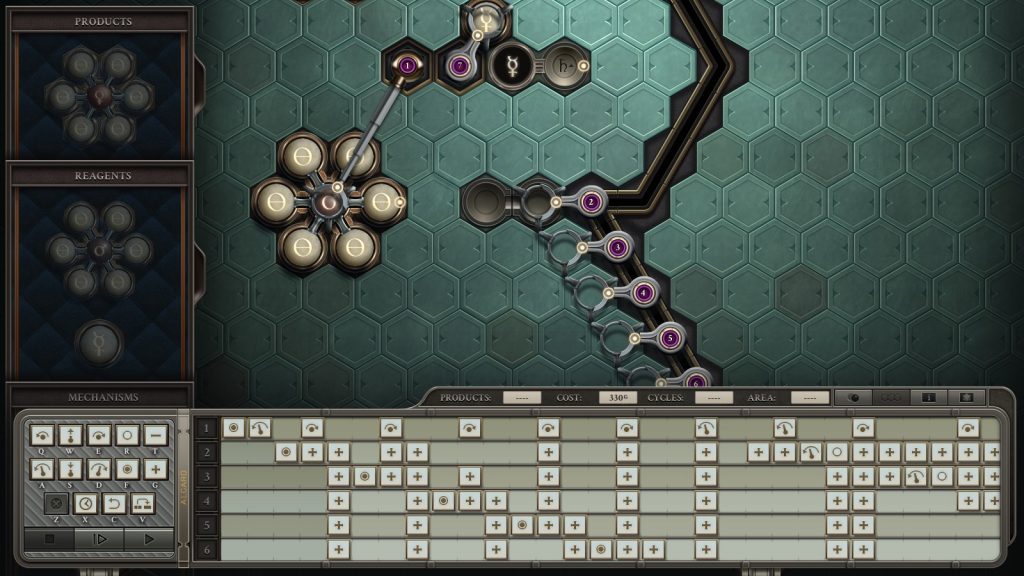 This took about an hour to program (including checking everything), and was slow, expensive, *and* taking up a lot of space. Don’t do this, kids.

Finally, there’s the negative reinforcement. The more complicated the machine you’re making, the more it costs, the more area it takes up, and the longer it’s going to take to program to work right (Although I really do feel a “Start from a certain place in the program” option would help there.) Two of those are things you’re scored on, compared with other folks… And this is the other joy of Opus Magnum… Different designs having different efficiency, efficiency that often comes at the sacrifice of other qualities. The game makes this pretty damn easy to make these designs, with multiple design saves per puzzle possible, so for some puzzles, I have designs that are quick (because I threw lots of arms in… Arms can overlap, even if collisions with their bases is not allowed. This is a useful tip) , and for some, I have compact and cheap (but sloooow) designs. Somewhere, you’re going to compromise.

The ability to make your own puzzles, puzzles not related to the story, but part of the world, a little side game… There’s a fair amount to Opus Magnum, and all this, combined with the good music and visuals? Makes it a good choice for folks who like puzzle games with a bit of bite. I would also recommend this to folks who liked previous Zachtronics games, but… Well, they probably already have it. While it is in Early Access, the game is pretty much complete, save for balancing. 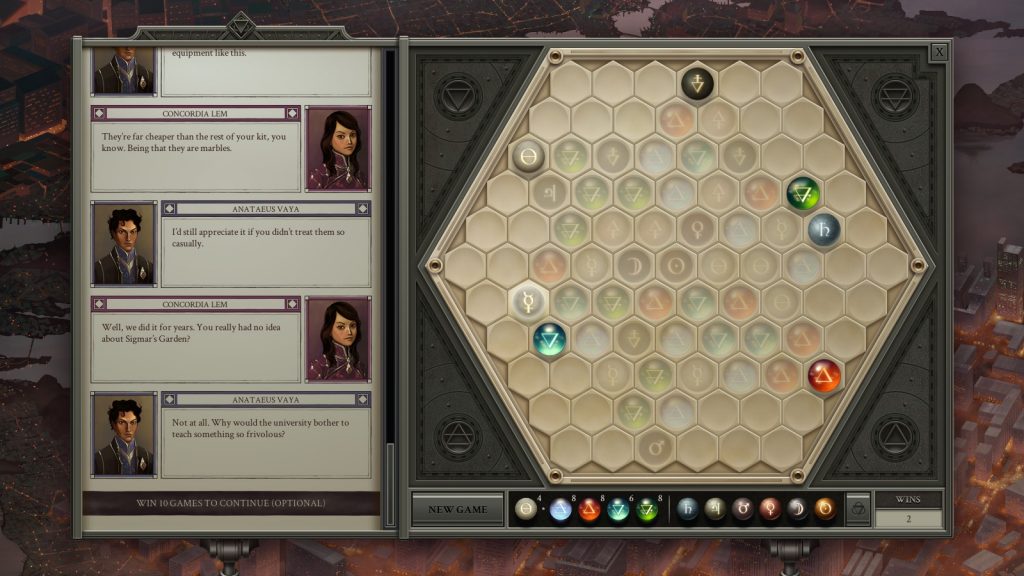 The side-game, an interesting take on matching puzzles, with commentary by the two main characters.

The Mad Welshman likes the GIF record feature. It lets him gloat when he has a reaaaaally good machine. Or horrify people with overly complex creations. That too.