Source: Cashmoneys
Price: £19.49
Where To Get It: Steam
Other Reviews: Early Access

Lobotomy Corporation is, at times, a frustrating game. But then, I would imagine daily life in a corporation not dissimilar to the SCP Foundation would be rather tense. Here’s the bird that punishes sin. Looks small, but it’s deadly. Steve has a cloud of fairies around him. He’s heard about what happened to Mike, so now he’s exclusively on fairy duty, and doesn’t argue. He’s too afraid of what would happen if he succeeded. Mary’s frantically turning the handle of a music box, tears streaming down her face. She knows that if she listens too long, she’ll feel bad things, but the music helps her forget what the thing in the shape of an old woman told her, and what she might tell her next time she has to listen to her stories. 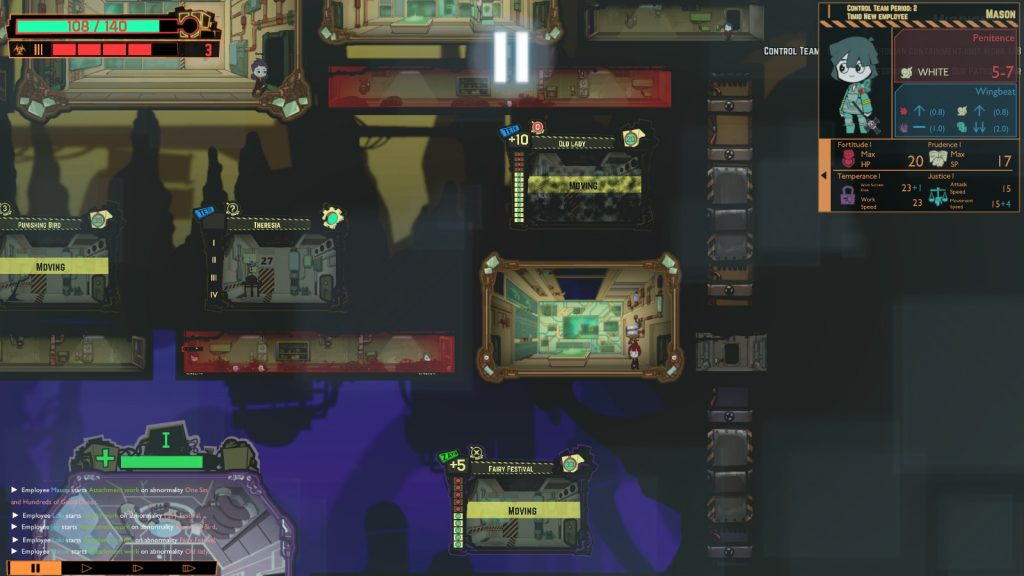 Oh, and in about thirty seconds, giant leeches are going to appear in the hallways, and devour Steve, Mike, Mary, and their friend Kira. But the energy has been harvested, so maybe the next day won’t be so horrifying, except that poor performance means budget cuts.

Welp. Time to load that checkpoint… Or maybe start over. I haven’t decided yet.

Lobotomy Corporation is, reductively described, a pausable management sim. It’s reductive because it’s got elements of roguelikes, like the fact that what you learn about the monsters stays unless you delete it, and that, each day, a new monster is added from a pool, so each run is a little different. Similarly, the management end is essentially “Create the best kinds of armour and weaponry to keep surviving, and assign the right people to the right beasties for the best result.” Objectives, also, such as “Suppress 8 meltdowns” (Suppress, in this context, means “Beat the hell out of whatever monster has invaded/escaped, try not to kill everyone.”) help upgrade the department they’re given to. 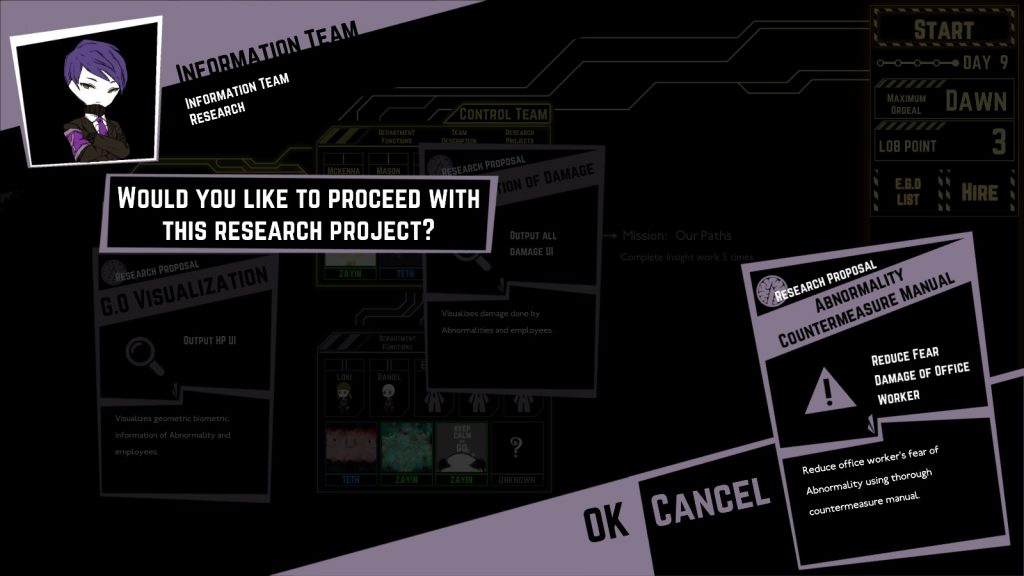 As such, it’s an odd mixture of frustrating and ho-hum. New abominations make life more interesting, and some of their quirks genuinely add depth and interest to play, but at the same time, that first time feels a bit like a roulette where a third of the segments are “Die horribly, do not roll again.” Once you know what the abnormal object or creature does, however, it becomes… Well, not tame. As noted, some outbreaks occur just by harvesting, and knowing what a thing does doesn’t help if you’re not healing or dealing with problems correctly… But safer, is probably the best word.

I would still say that Lobotomy Corp is worth a go, because it’s one of the few games I’ve seen trying to tackle this particular subject from this angle, and it honestly doesn’t do a bad job. It’s more that, in accurately representing its source inspiration, it’s also getting across the frustration attached. 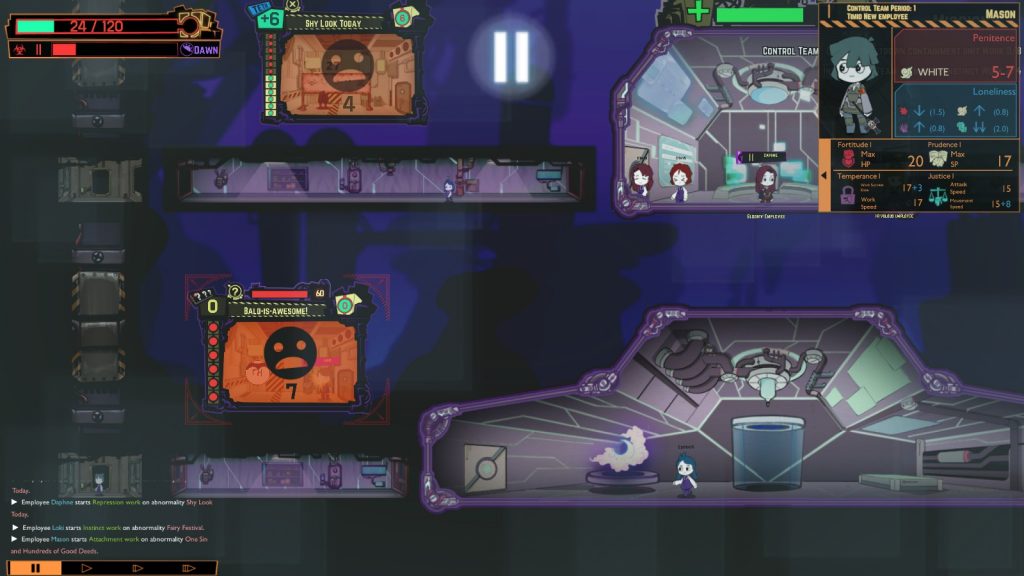 A distant cry of “NOT MY HAAAAAAAAAIR” is heard. Or, it would be, if the other noises didn’t drown it out. Another day in Lobotomy Corporation…

The Mad Welshman is, for reference, Teth O-O5X-9 , The Twirler Of Moustaches.