Source: Cashmoneys
Price: £14.99
Where To Get It: Steam
Other Reviews: Release

Lobotomy Corp is, at its heart, a management sim. You control a limited number of agents by assigning them tasks, which they take time to do, and you have perhaps more to do than you can. Manage the results. 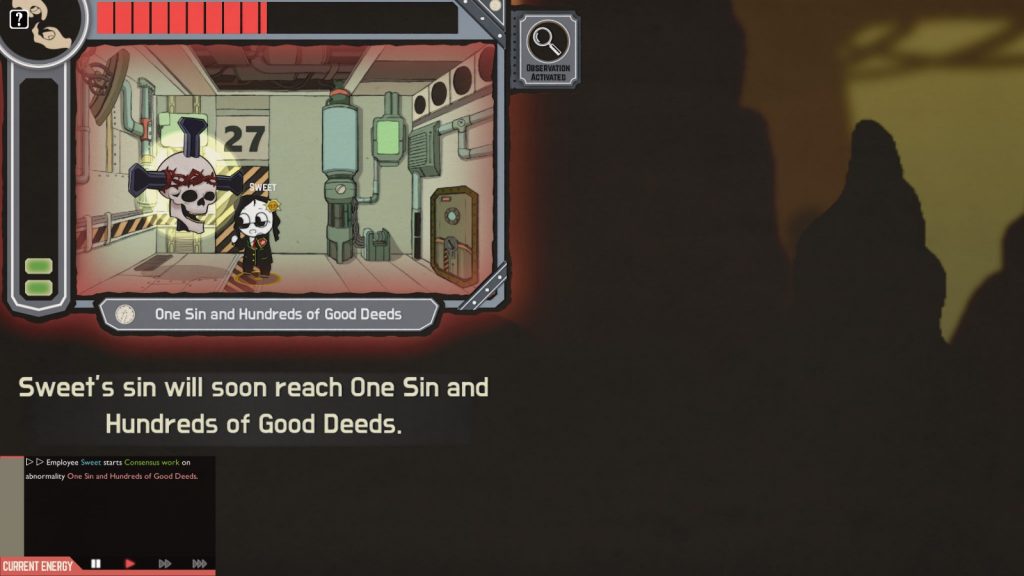 You always start with the thankfully easy to please Hundred Sins and One Good Deed. But it quickly ramps up…

Thing is, those “results” are death, madness, and horror. Because what you’re managing is an SCP facility. For those who haven’t heard of the SCP files, it’s a community led horror universe, where the horrors are being exploited and studied (or just held in the hope that they don’t go off) by the SCP Foundation (SCP standing for Secure, Contain, Protect), and they range quite widely from deadly buildings, to monsters and people-as-monsters, to seemingly innocuous objects with secrets. Often deadly secrets. Unfortunately for you, most of the items in Lobotomy Corp are unknown to you unless you either have an encyclopaedic knowledge of SCP files. So there’s a lot of death and screaming and… Restarting.

Lobotomy Corp is not an easy game. Each successful mission (Which involves keeping said objects, monsters, and things “happy” enough to harvest some unspecified energy from them) adds a few more, only some of which are known to you from previous experience, and from the second mission on, it’s very easy to get, say, The Red Shoes, which is an instant no go area for women operatives due to its effect. Making things tougher, when some SCPs are unhappy, they lure the non-playable staff in, causing havoc all on their own. It’s interesting from a world standpoint, and very fitting, but unfortunately, makes the game feel a bit arbitrary until, y’know, you’ve worked out what a thing does and how to keep it happy. Considering each agent has four “skills”, four types of overall approach, and that, in the case of a gender or approach “liking” SCP, that agent cannot be used, it’s hard. Uncomfortably so. 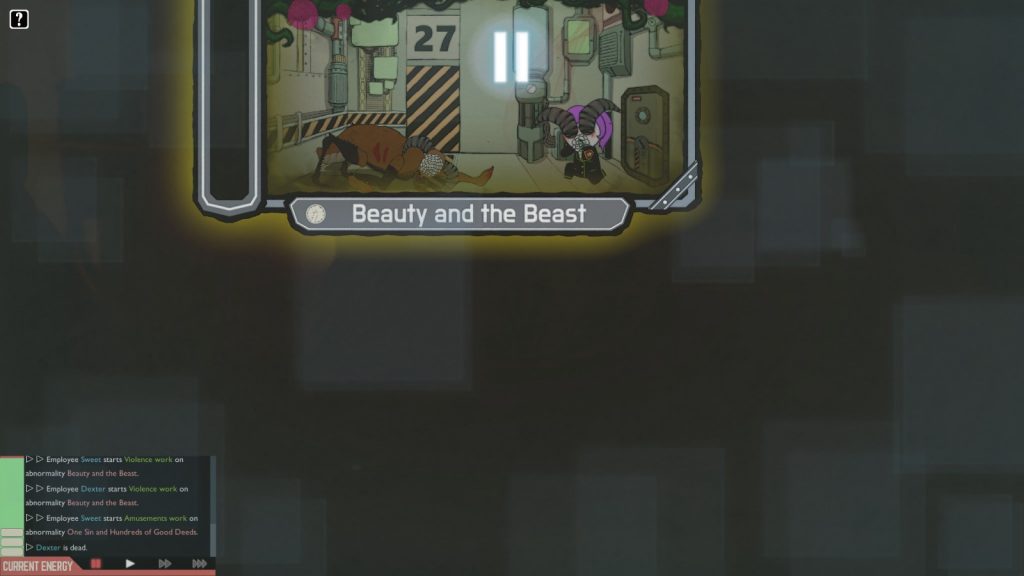 WHOOPS! I DID THE WRONG THING, AND NOW WE’RE AAAAAALLL GOING TO DIEEEE.

Visually, it’s thankfully very clear. You know what things do fairly quickly, the contained things’ happinesses are in clear bars, and the game helpfully informs you, both visually and textually, when things have gone horribly wrong. In between missions, there’s chat between you and an AI, and this seems quite interesting, but the meat of the game is, really, levelling and getting agents, researching things to help your agents survive, and figuratively throwing them to the wolves to see what the wolves do.

Thing is, I’d still say to check the game out if you’re interested in the SCP universe, firstly because it’s certainly different than the various creepypasta games I’ve seen that are inspired by it, and secondly because it’s also a somewhat fitting game. Hopefully, there will be some options to tone the difficulty down some, but I can’t say I don’t enjoy the game. I’m just not fond of the restarts. 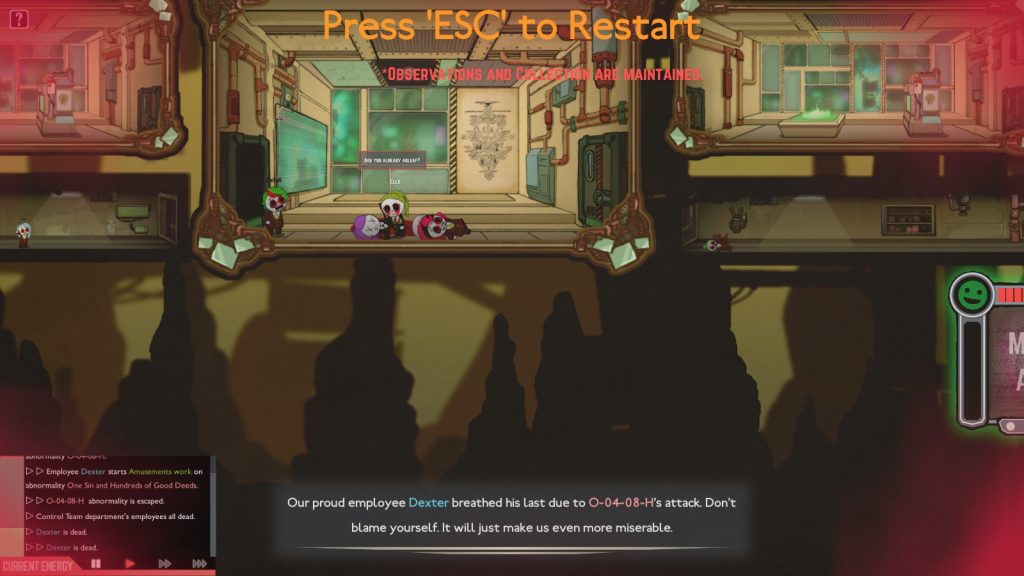 So… Many restarts. Damn you, Red Shoes. Damn you to heck.

The Mad Welshman can be found under SCP-[REDACTED]. Just so you know how to greet me at expos.