There is a world you don’t know out there. A world where a soggy newspaper, picked up out of boredom, can achieve sentience and shoot you in the face. A world, split into levels, with a maximum of 5 clues to a grand conspiracy in each one. Unless you have to kill someone, or blow an office up, or encounter a boss… It’s a world where everything is simple, and yet… Quite, quite complex. Welcome to the world run by the IlluminASCII… Good luck uncovering the Conspiracy. 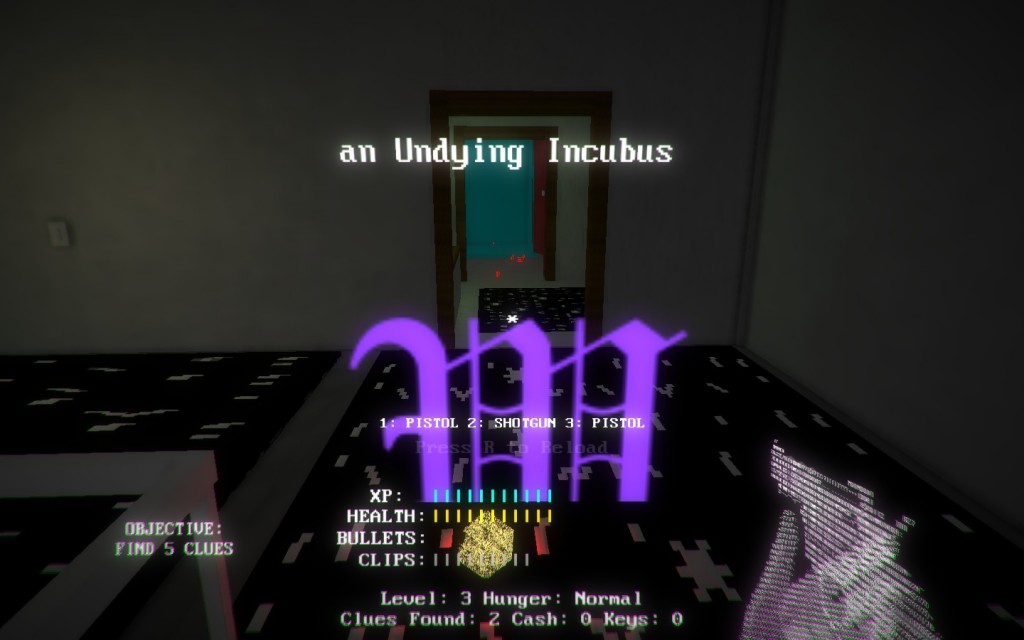 Well, part of that wasn’t true… Or *was* it? The mystery deepens…

IlluminASCII is a first person shooter roguelike with ASCII graphics. Sort of. Now, when you think ASCII graphics, the average person will say “What, like Dwarf Fortress, with all those unreadable commas and ampersands and smileys?”, but IlluminASCII is… Slightly different. Many of the graphics are made of ASCII symbols, it’s true, and the enemies, just like in traditional roguelikes, are massive letters representing species, but there’s also nice, simple, 3D models to represent the landscape. So… An ASCII aesthetic, rather than “The graphics are letters and symbols.”

It’s a pretty simple game, and a single game can be played in a coffee break (For example, just before starting this review, I’d finished three games of varying levels of success in half an hour), but that’s not to say that score attack Shootmans with a boss every five or so levels is the entirety of the game. You get hungry, the guns and pickups are procedurally generated (So it’s unlikely that a second pistol will act exactly the same as the first, in terms of ammo), and there are features you can miss, like gambling machines, timed escapes, and the fact that there are “Big” enemies, harder to defeat than the average. You’ll know them by the sheer firepower they bring, and the angry eyes stapled onto their threatening typefaces. 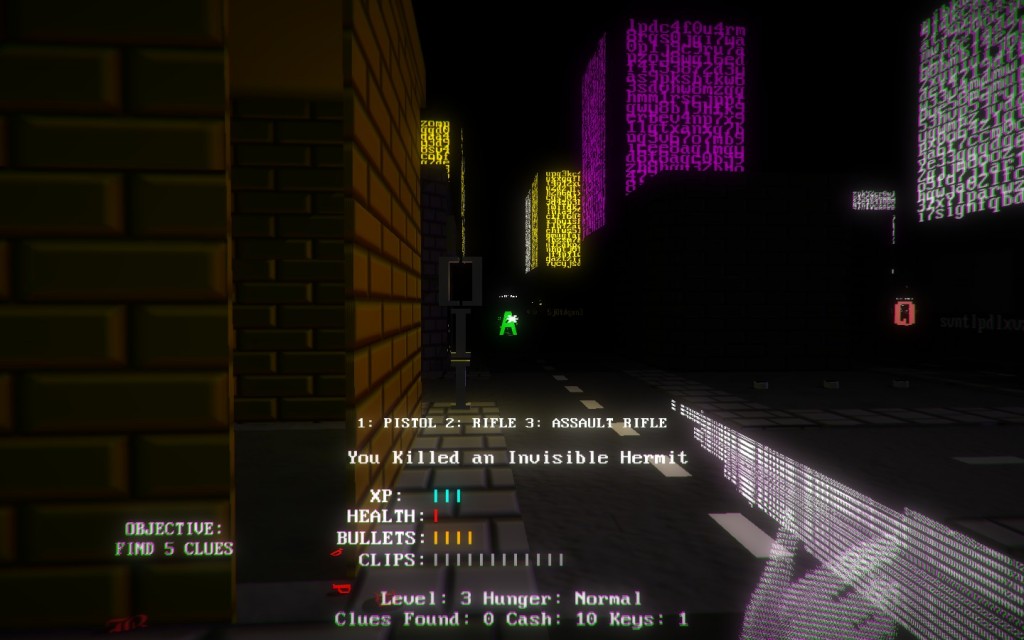 For being built of simple models and ASCII graphics, the game shows its dystopian world quite well.

The thing is, I can’t guarantee you’ll enjoy it. I like it for what it is, with the silence punctuated by the angry beeps and boops of enemies spotting you, the interplay between simple models and ASCII, the simplicity of play, and the references both to memes and conspiracy theories in the scores (One day, I’m certain, somebody will make a conspiracy theory linking Jet Fuel Can’t Melt Steel Beams to Alien Astronaut RFID Tagging), but it is a coffee break, score attack type deal, and that’s definitely not for everyone. Having the roguelike elements it does, the difficulty curve can be quite erratic, with the skill being in adapting to difficult situations… And again, that’s not for everyone. As such, while I personally like it, I’d have to say “Only go for IlluminASCII if you’ve seen footage of it, and decided ‘Hey, I wouldn’t mind paying £8 for that game I can come back to every now and again!’” 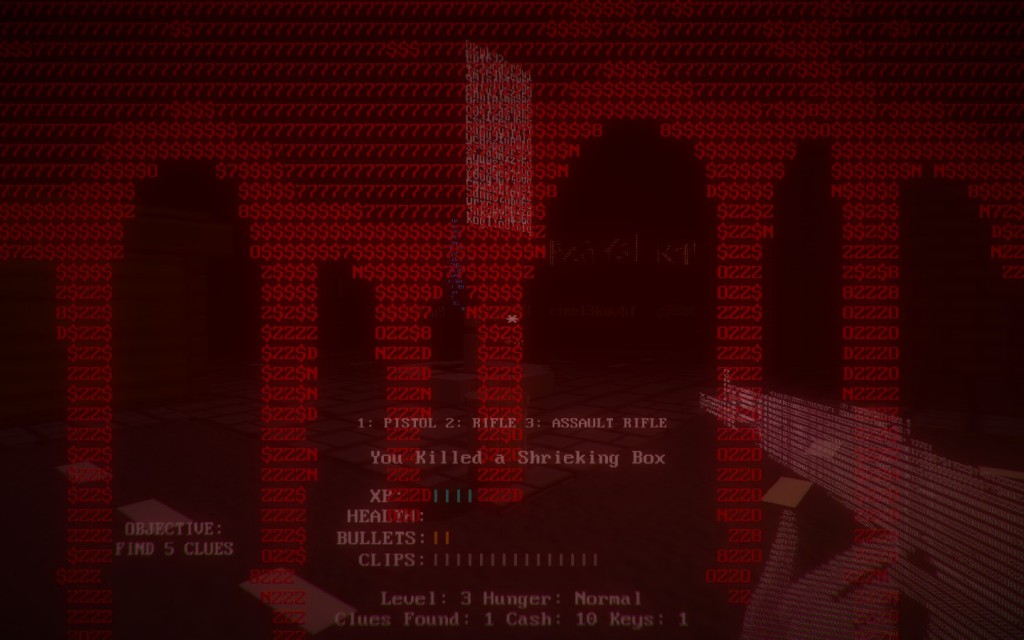 As the textual blood seeped down the screen, I knew it was over. But it doesn’t take more than a few seconds to hop back in.

The Mad Welshman was already aware of The Conspiracy. Everywhere he looked, threatening letters made eldritch patterns. But he wasn’t afraid. Sooner or later, he would go after Big Comic Sans, even if it meant his life.