Heaven Will Be Mine (Review)

Heaven Will Be Mine is one of those visual novels that packs a lot into its relatively tiny frame. Like the mechs it pilots, existential warriors in both space… And phase space, its core is super dense. And if this seems like pretty, poetic words, to lull you into buying into it… Well, they are and they aren’t. 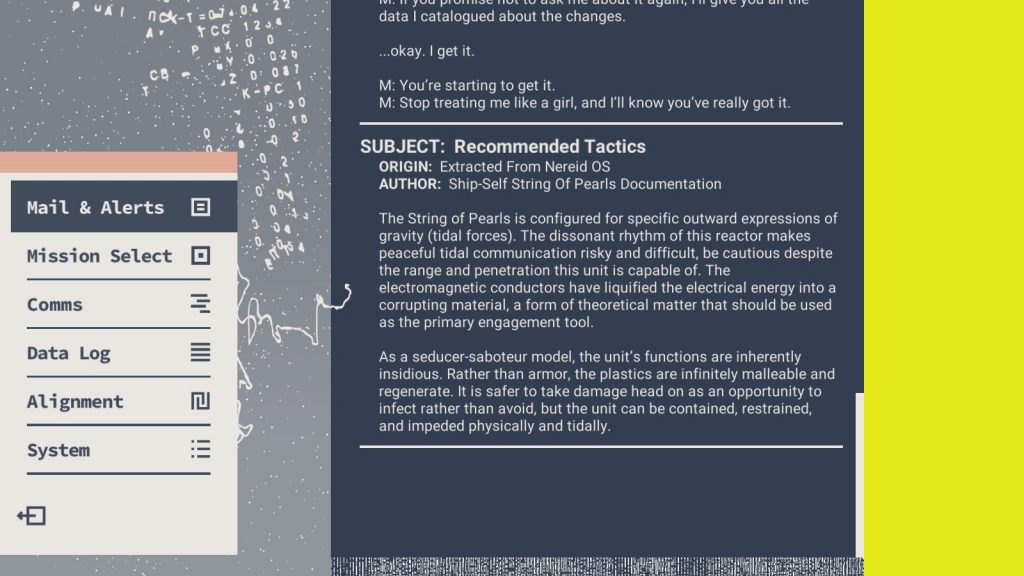 You know you’re in for a wild ride when ship specs have you reaching for your fan.

See, it’s hard to describe good, sensual writing without a little bit of poetry getting into the informational. And notice that I said sensual, not sexual. More than one way to peel a banana, friend. So let’s get the purely informational out of the way, get to the fun stuff.

As noted, Heaven Will Be Mine is a visual novel. You make choices, and those choices lead toward an ending. How? Well, that depends on both your choices, and which (if any) of the three factions you favour. Which of the pilots you choose affects the story, sure… But which ending you choose doesn’t necessarily depend on the pilot. After all, this is a game where the war is mostly a battle of ideas, and sometimes… The best way to win is to lose. Read chats, get into the heads of three flawed and interesting pilots, each with support staff, and mails, and world, and context…

…It seems complex, but it really isn’t, and the game makes it clear that it wants you to experience it, whether you pick the events that are “wins” or “losses.” Will it end in war, or something else? Well, that’s up to you, and I wouldn’t dream of giving you hints. Visually, the game is clear, with an interface that draws you in, fitting well, and musically… Musically, it shines, every track fitting the mood. 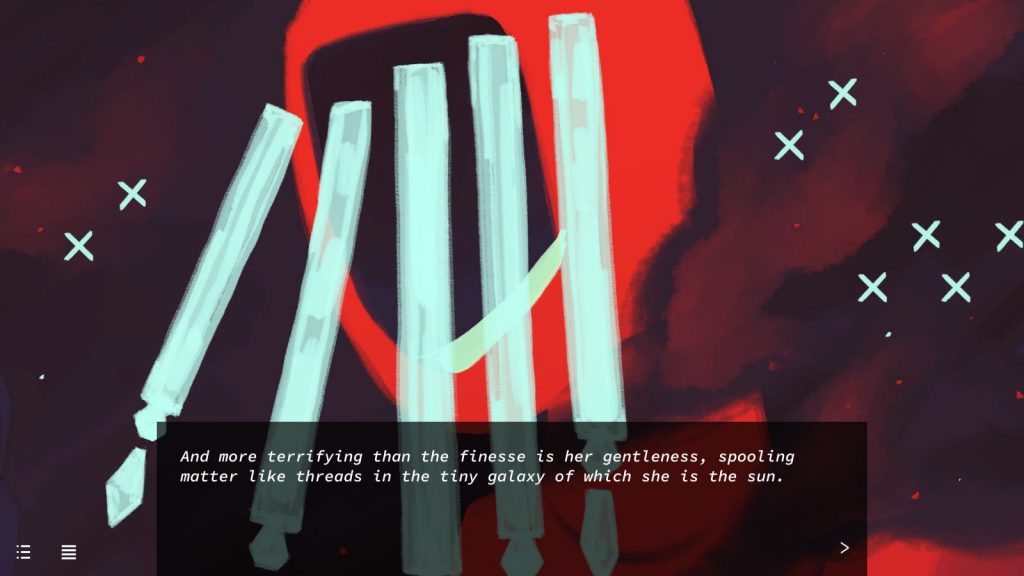 Not pictured: A long bass thrum, seemingly never ending, which screams “Threat” to the nether portions of the brain.

Now, the meat of the review. You see, despite being lewd as heck, to the point where I spent most of my first run alternating between gnawing on my thumb and my lip, blushing beet red, this not only doesn’t come at the expense of its universe, it also doesn’t come with the expense of being Not Safe For Work. The writing is flirtatious, concentrating more on feelings, engaging the senses to bring you into its mood. While I’m mostly writing this from the perspective of Saturn, each character has their own mood, and it does a good job of getting that mood across. Saturn is out for fun, to do the unexpected, and to have fun. Luna-Terra is, as their commander notes, strong yet fragile, wounded and whole, conflicts working perfectly… And Pluto… Pluto feels all encompassing, awe inspiring and paradoxically merciful in her deadly gravity well. Aevee Bee, as writer, has done an excellent job of making the posthuman both alien… And attractive, and the rest of the game follows this lead very well.

Of course, all of this has been very emotionally described, but, in a very real sense, that’s the point… It’s not a game I could review well by saying “This is good” , or “This is lewd”, or “This doesn’t feel right” , because a lot of it is about feeling, and Heaven Will Be Mine succeeds on this front very well. 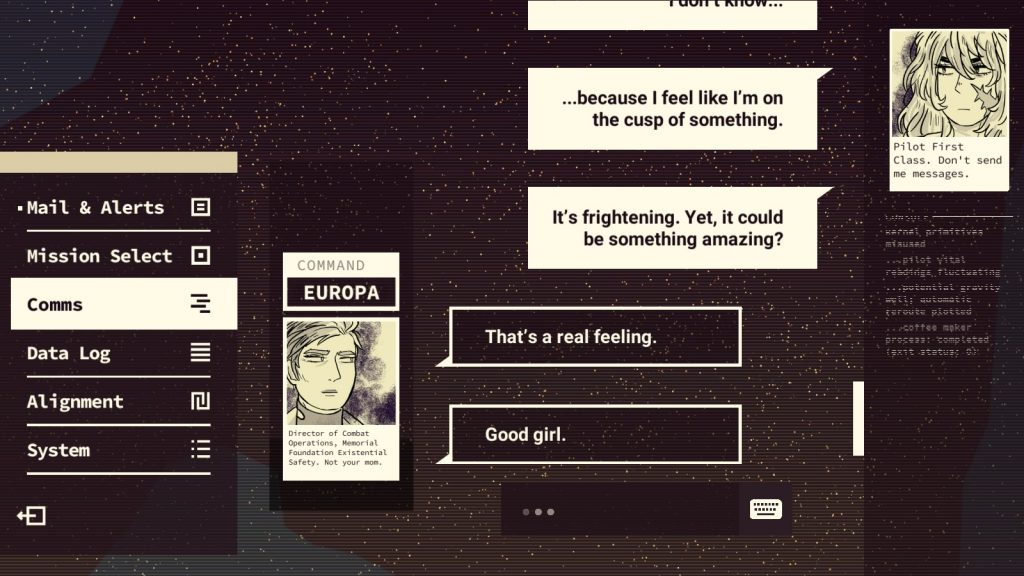 While, of the three, I had the most enjoyable time with Saturn, I found Luna-Terra the most interesting.

The Mad Welshman smiles a little, and his e-cig lights up, as he shakes ever so slightly. The future, it seems, is filled with possibilities…