Donut County is one of those most pleasant of games for a critic: A game where, on its surface level, it’s tight, accessible, and doesn’t outstay its welcome, although I freely admit I wouldn’t have minded more. 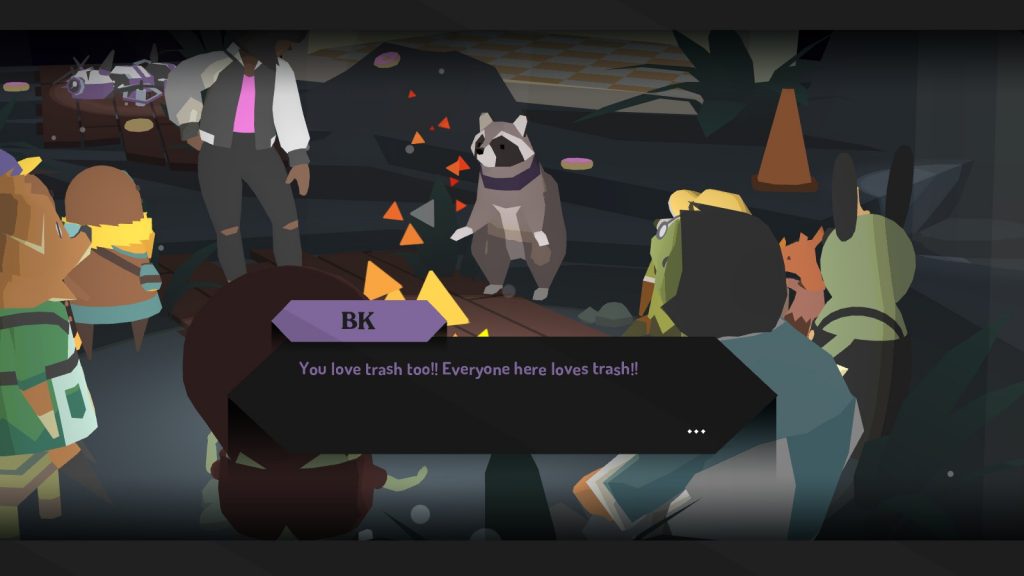 Just below that, however, only slightly concealed, is a fun little bit of political allegory that I can’t help but appreciate. How a donut hole, “driven” by a raccoon to cause chaos for, essentially, selfish reasons, symbolises a large part of what is wrong with capitalism. That’s the kind of thing that gets me out of bed in the morning.

On its face, there’s an enjoyable game. You are a raccoon, directing a donut-hole around a map with the mouse, exploring a well styled low-poly world as you drop it all… Into the hole. Why are you doing this? Well, partly it’s to get revenge on people who annoyed your friend. Partly it’s because it’s a game, and it’s a fun thing to do in a game. But mostly, it’s because you’re almost a Level 10 employee, and when you hit Level 10? You get a cool quadcopter of your very own. That’s a good enough reason to drop large portions of a small town into a deep, hungry donut-hole that expands the more it’s fed, right? 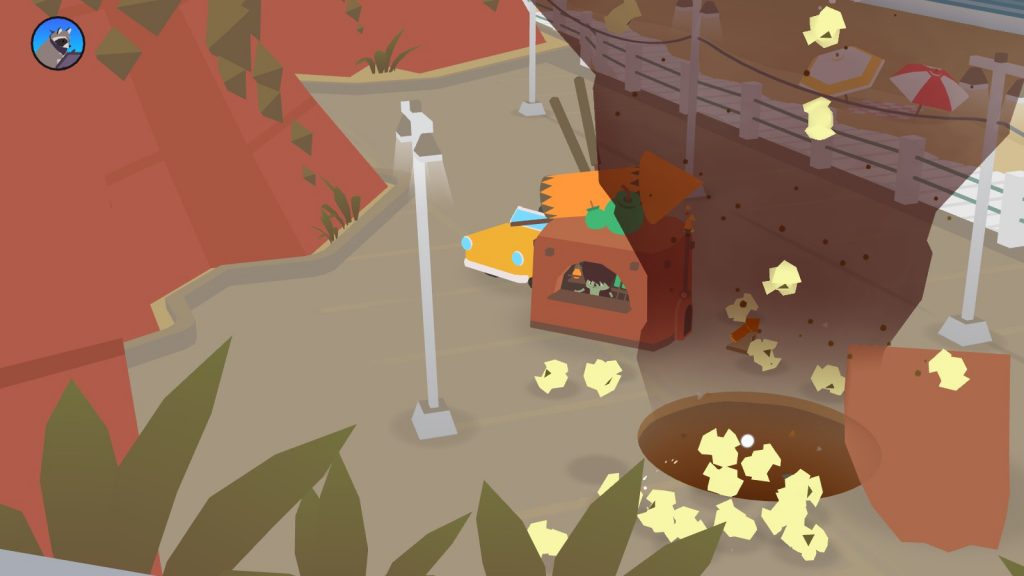 It helps that often, filling that hole is, itself, a pleasurable and amusing activity.

Even if it didn’t go the extra mile narratively, you’ve got a fun game with a delightfully subversive message. The more you throw into the hole, the bigger it gets. You’re filling it, but the hole always gets bigger, because there’s bigger stuff out there to throw into your bigger hole. And, each level, you’re only satisifed when there’s nothing left… But the hole. And you’re told what a good job you’ve done as the person you’ve dropped down the hole is endlessly falling, and a little bar puts you ever closer to that quadcopter, the cool thing you’ve been promised if you only keep filling the hole.

But it does go that extra mile, and, inbetween every level, there’s a little segment, at the bottom of the hole, where the survivors (including the friend of main protagonist BK the Racoon) call BK out on the fact that he destroyed the entire town… To get a cool quadcopter. And, at first at least, he’s not the slightest bit guilty. He’s too busy being pissed that his supposed best friend, who he did this for, broke his quadcopter. He was only doing his job! He nominally did some good along the way! It’s totally not his fault!

There’s other things, too, later down the line, but this… This is some well crafted allegory. We like stuff! We want more stuff! But there’s only so much stuff, and a lot of it is, put bluntly, junk. But that’s okay, we’re playing a trashpanda, and what does a trashpanda like? Junk. They don’t necessarily understand it (as the Trashpedia humorously shows), it’s… It’s junk! You get junk, and getting junk is good! It’s better if it’s cool junk, sure, but it’s stuuuuufff! Some of that stuff was better off where it was, serving a useful function. Some of that stuff was distributing other stuff. But nope, hole’s gotta be filled, we have to have all the stuuuufff! 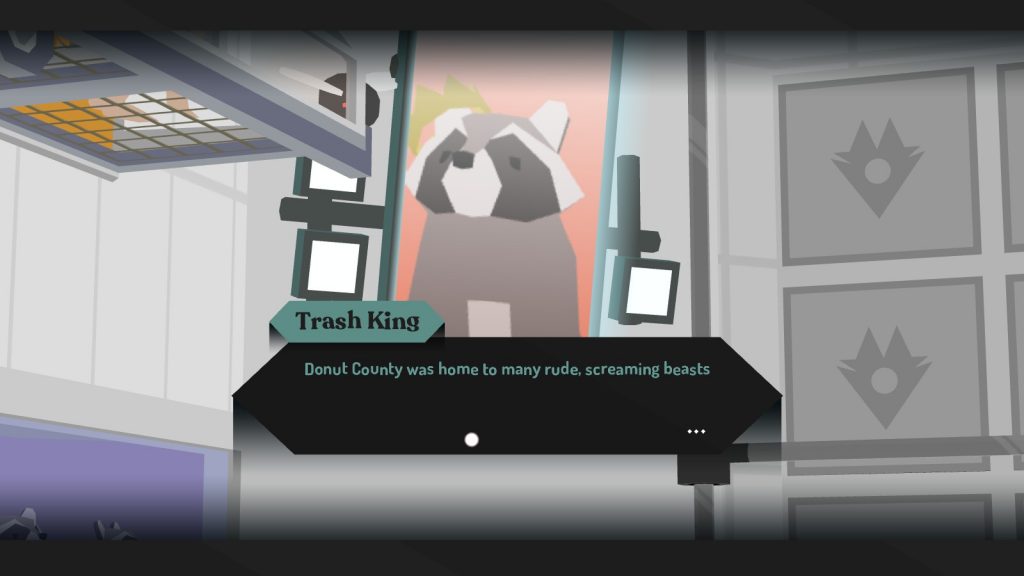 I could go on, but it’s delightful, it’s clever, and it can be played in an afternoon. Then, if you feel like, you can do the completionist stuff, collect all the trash and do interesting things. And I would recommend that, because it’s fun, it’s simple, and it’s a balm in this stuff filled world we live in.

The Mad Welshman is sometimes a raccoon. He likes stuff!