Golden Krone Hotel remains, to my mind, the most accessible entry point to Roguelikes I can currently think of. And it’s interesting how intuitive a lot of it can be, when it’s streamlined. So let’s talk about this a wee bit. 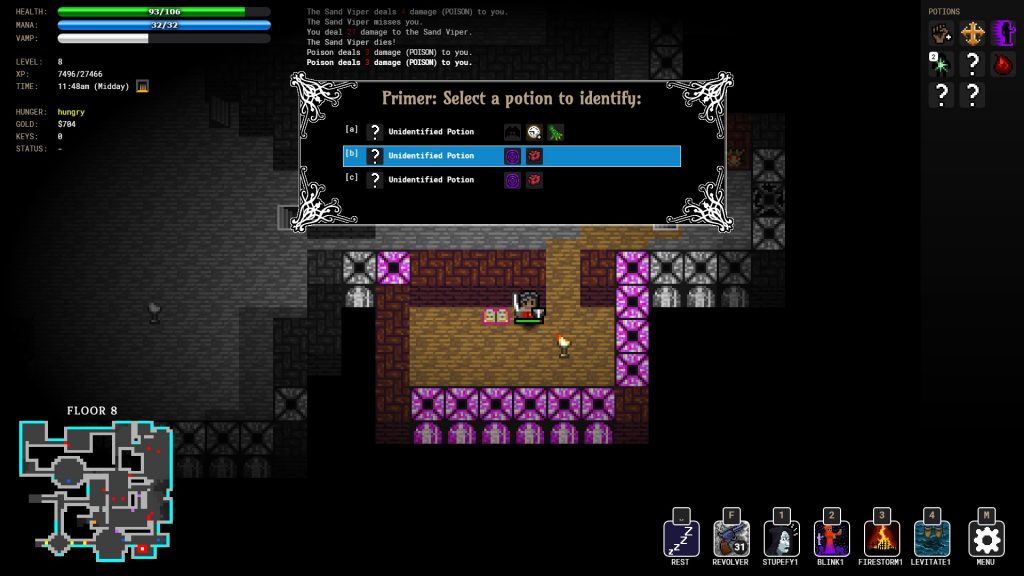 Potions come in threes, so identifying one is less of a gamble than in other roguelikes. Still, can’t hurt to use a Primer to identify some of them…

The story, like the game, is simply presented: Vampires and Humans lived in relative harmony until a great war happened. Today, things have kind of settled down, and the main troublemaker, Prince Fane, has been exiled far away, to the Golden Krone Hotel. Such a shame you, General Sorin Arobase, have a bone to pick and a curse to break. As the general (and noted assassin and master of disguise), you enter the hotel. How you enter the Hotel is up to you.

See, part of the reason you’re there is because you got bitten by a vampire, so you can enter as a human, a vampire, or, if you’re really ballsy, a werewolf. And you don’t have to stay that way. Potions can keep you human (or temporarily make you human), turn you into a vampire… Or the usual things of healing, exploding, blinding, antidotes, and the like. So, how is it accessible?

Well, first off, everything is visually clear (Except in darkness, which… Well, it’s dark!) Controls are simply and clearly presented (Space for wait/rest, arrow keys for movement, click on potions to use them, T for talk, and so on) Inventory management is entirely down to potions (I have yet to have too many potions) and spells (Humans can cast spells, vampires… Not so much. But humans are limited to four spells at a time.) If an item is better, you just equip it. If it isn’t, you resolve to sell it. Easy as. Similarly, everything can be looked at with a right mouse press. Want to know how close you are to becoming a vampire? Well, there’s your bar marked “VAMP” , slooooowly filling. 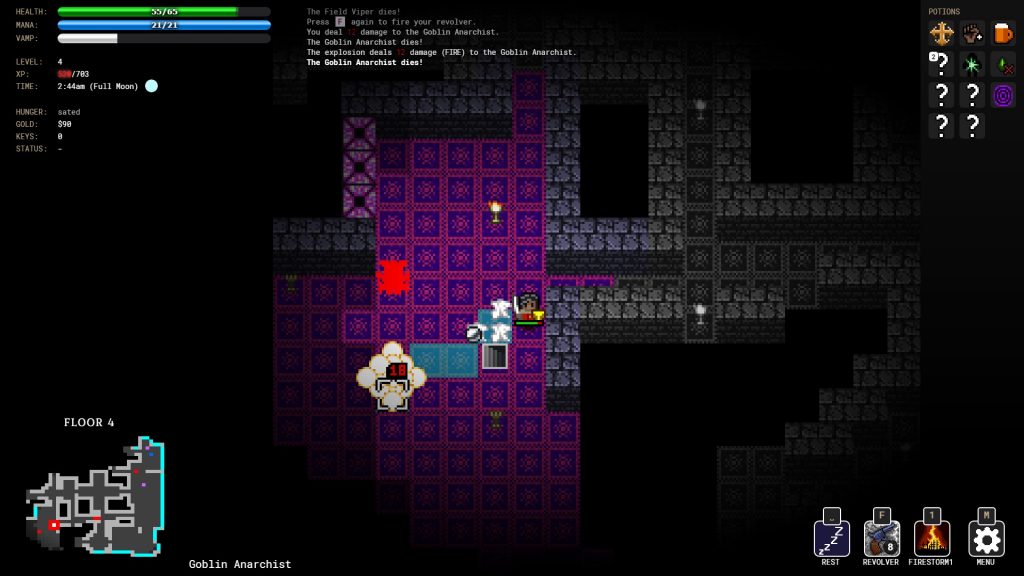 Thankfully, monsters like this Goblin Anarchist, once you identify them, won’t be blowing you up unless they catch you by surprise.

Turn-based, clear visuals, clear controls… There’s a lot to like here. Is it tough? Well, the first few floors aren’t, it’s very rare I die on the first few floors. But once the gloves start coming off, yes, it gets tough. It’s kind of hard to begrudge this, though, because with almost everything, the cause of your death was quite clear. Here, you drank too many teleport potions in a row, and ended up in the Maelstrom, a hellish dimension that changes around you. There, it’s because you let yourself get surrounded. How much time has passed? Oh, half an hour? Well, let’s get right back in there!

In the end, Golden Krone Hotel is easy to understand, quick to play, accessible, charming, and affordable. Nice. 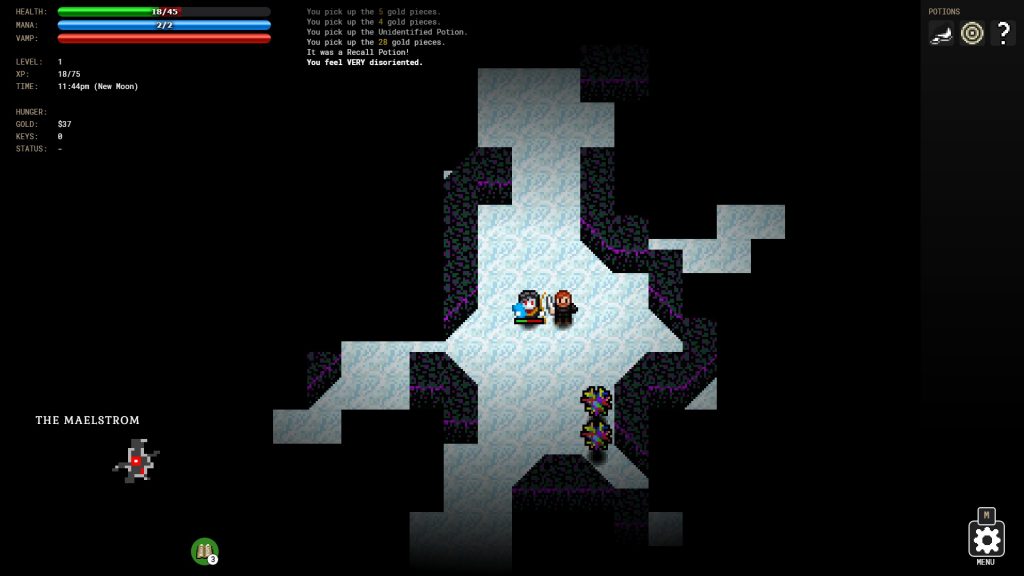 The Mad Welshman finds it pleasantly frustrating when there isn’t much to say beyond “It’s good, easy to understand, and friendly.”