Rumours of the Dealer’s death, it seems, have been greatly exaggerated, as, in the sequel to choppy (in the sense of slashing things), choose-your-own-adventure Card Wizard Assholery, he’s back. Scarred, bitter, and using you, his newest pawn, to attempt to regain his position on the Throne of Life and Death. 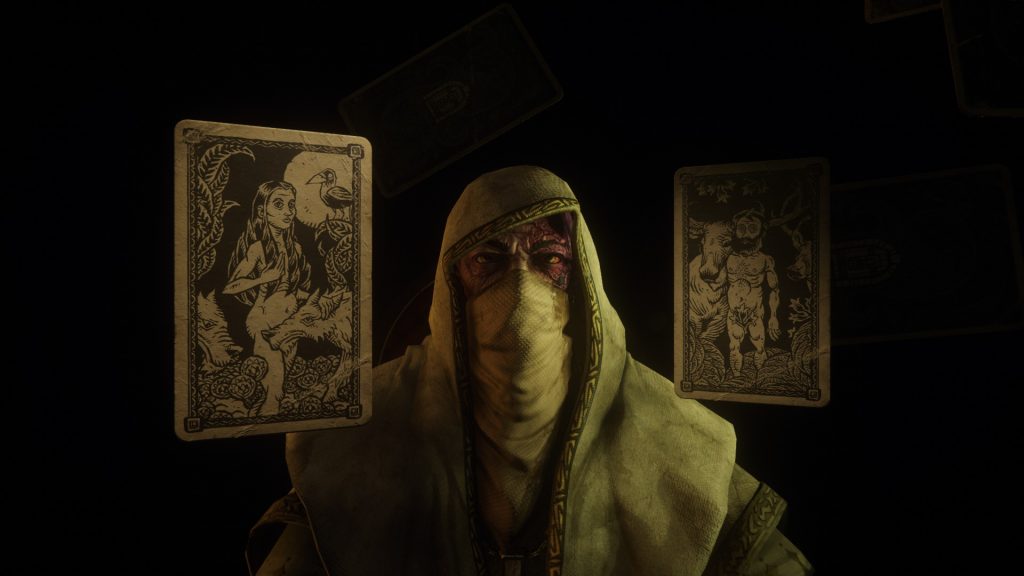 While, on its most basic level, Hand of Fate 2 is the same game as the previous, there are changes. There’s a bit more pizazz to the fight and enemy introductions, a little more cohesion in the narrative structure, and the story makes a bit more sense from the get go. The “adventures”, for example, follow a thematic progression down the Major Arcana of the Tarot, rather than the suits, and each has its own little fillip or quirk to make it interesting, such as needing to gain 6 blessings to impress the High Priestess (Who values purity and strength.) They also fit into what is, recognisably, a world, rather than a hodepodge collection of events (Although replaying older events, also, is still a part of the game.) There’s a little more customisation, in that you can be a man or woman of about four different ethnicities each. So far, so nice.

Nonetheless, the basic structure remains the same: You make your way round a field of cards, some of which you’ve picked, some of which the Dealer has picked, in an attempt to reach the boss, achieve the objectives, get new shinies, and eventually take on Fate themselves. Occasionally, and definitely for the bosses, fighting happens, and here… 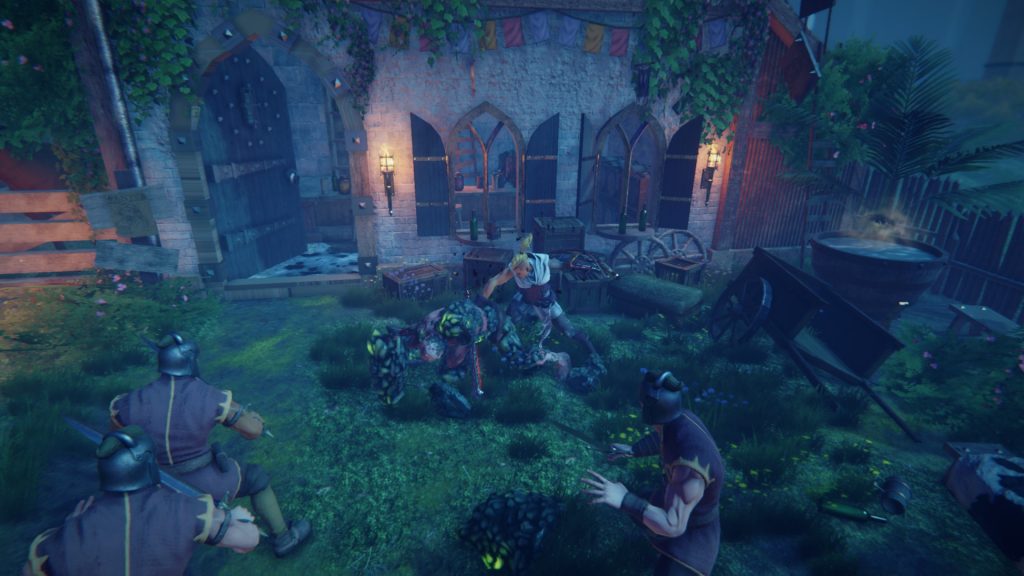 As with the previous installment, you can’t just whale on a boss and hope they go down. There’s *tactics* involved. The game’s good at telling you them, however, or at least hinting.

…I introduce an edit to the review, as Defiant are as quick on the ball as they’ve been in the past, and combat, previously unresponsive on the ol’ Keyboard and Mouse, has been fixed, so it’s challenging, but fair. As with the story, the fights have their own little quirks and traps. Some enemies take more damage from, say, dual blades. You have a companion character (at first, the seemingly well meaning rogue bard Malaclypse, although there are others), sometimes more than one. Sometimes, protecting them is important. In the case of your major companions, they can give you blessings mid-combat (so long as you’re next to them, and interact with them.) A good pair of examples of enemies getting more interesting are the pictured boss above (who requires bashing to knock off his… Er… Gooey encrustations before he can be damaged. Ew) and the Northern Trappers, who have bolos. Telegraphed well, if you’re distracted or fail to dodge, well, enjoy struggling against the bonds of tight ropes as the Trapper’s barbarian friends come to give you big, crushy hugs.

The voice acting is high quality (The Dealer, in particular, subtly nibbles on the scenery, rather than outright chewing on it in rage and bitterness), the music is good, and the visuals have improved a lot, seemingly without too much impact on performance.

As such… I still honestly like Hand of Fate 2. There’s a definite sense of improvement overall, and, as with the last time, I find myself pulled into the world implied, wondering… What’s up with those damn goblins? Why is Malaclypse so friendly with them? Did my hero from the last game screw things up badly, or is this the Dealer having a very bad case of sour grapes? I suspect the latter, as he really did seem like a sore loser last time around. 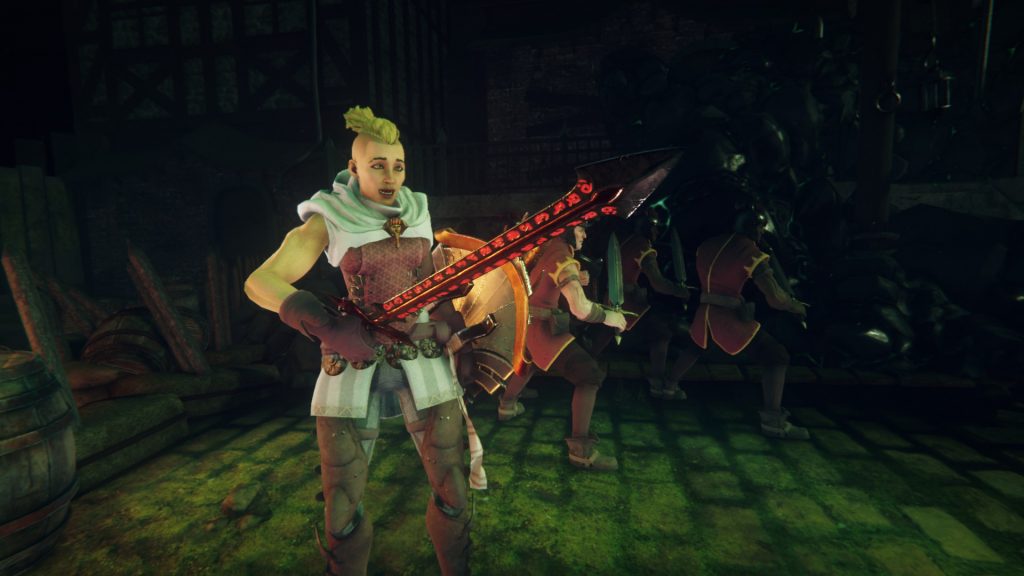 It’s adorable, the doe eyes she gives new tools of murder and pain.

So yeah, it’s mostly good, gamepad recommended, controls are patched to be more responsive on the ol’ keyboard and mouse, and, as noted, the game is interesting, fun, with a little more customisation and spice than its predecessor.

The Mad Welshman was the Jack of Cups once, you know. Now, he’s a tired King of Wands, sitting in his throne, not thinking analogies fully through.