Mention the Black Dahlia murder, and many games players will point at LA Noire. Mention the game of the same name, however, and most often, you will get a blank stare. The rest of the time, a scream of sheer, unadulterated rage.

Black Dahlia, you see, is a game that, while mostly forgotten unjustly, had one element to it that angered many of its players beyond measure: The puzzles. Which, for an FMV adventure game at the tail end of the FMV heyday (1998, to be exact), was a sales killer. 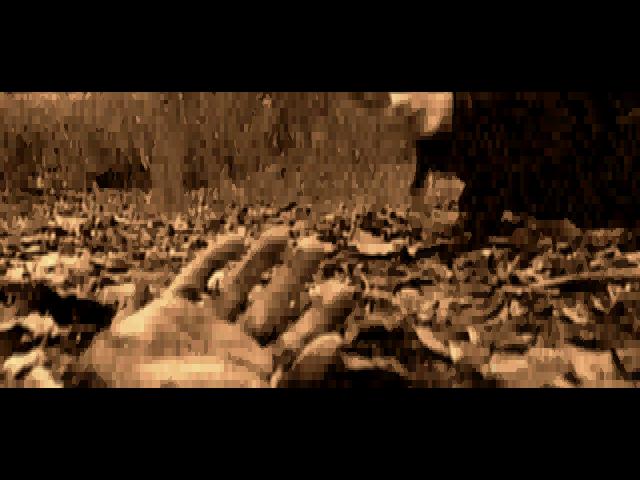 I was one of those original sales. Now, before we begin talking about why this is worth a Going Back, let’s mention just two numbers. Eight CDs. 4.6 Gb of game. In 1998. Of course, even a “full install” back in the day would be under 500 Mb. But it’s still a pretty mind boggling number. Now let’s go into why it’s mostly a game that should be recalled.

Firstly, for its silly premise (Involving the Thule Society, the Torso Murders, the Black Dahlia murder of Elizabeth Short, and, as you might expect, occult shenanigans linking them all), the writing and the acting sells the game. It was a selling point of the game that Dennis Hopper and Teri Garr were both acting in it (And, in a relative rarity for productions like this, even the extras are named in the manual), and they were supported by actors who, while relatively unheard of, were definitely not unskilled, such as Dan Frezza (Utah Shakespeare Company), Bradley Moniz, Daniel Whelan, and Colette Schreiber. You forget its silly, because, for the majority of the game, the actors and actresses are playing their roles very well. All I’ll say about the story is that it starts with you as a new investigator for the underfunded and underdeveloped COI, checking out a somewhat dubious report of Fifth Columnists in the area, and ends with the fate of the world in your hands. 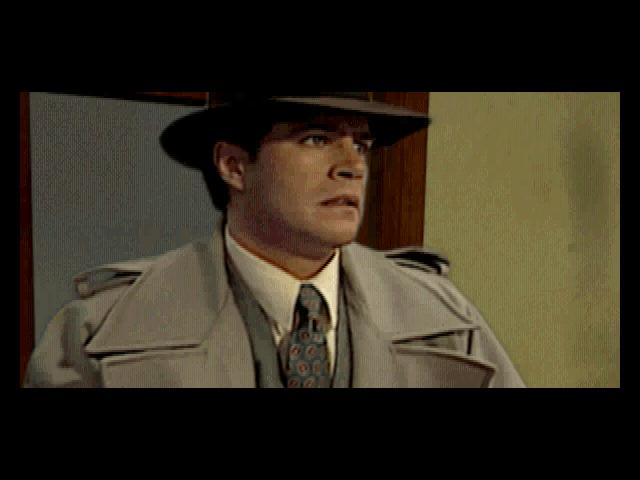 Secondly, it had an interesting system where you could not only examine objects, but move them around in their containers, such as a notepad in your desk that can be shifted back to reveal a service revolver (Itself able to be opened.) It had quite a few locations, and used not only hotspots, but items in conversation.

There are, however, two mood killers for anyone wishing to play the game today: It’s difficult to run on modern systems (and, in fact, nigh impossible if you want to run it flawlessly), and the game’s difficulty could best be described as hellish. Here’s some examples to give you some idea, all from the first chapter (Disc 1 of 8).

You’ve talked to everybody, including the irascible Henry Finster, your superior (Walter Donovan, head of the COI at the time, and later OSS), the detective working on the Torso Murders cases (Peter Meryllo), and a smarmy FBI agent called Winslow. But you’ve run into a brick wall. The game’s given you enough clues that you have a blacklist of possibly less-than-loyal German-Americans, but, due to the rivalry between Donovan and then head of the FBI J. Edgar Hoover, the damn thing’s encrypted and nobody’s given you the key. The key to cracking the code is in your office. But to get there, you need to find the gun in your desk drawer (Which you won’t find unless you’re clicking and dragging everything that you can interact with), open up the handle (Which, again, you won’t find unless you realise you can do that in your inventory), use the key to open a locked cabinet in your room, and copy the notes written down on paper, because the in-game note system isn’t going to help you here, buddy. 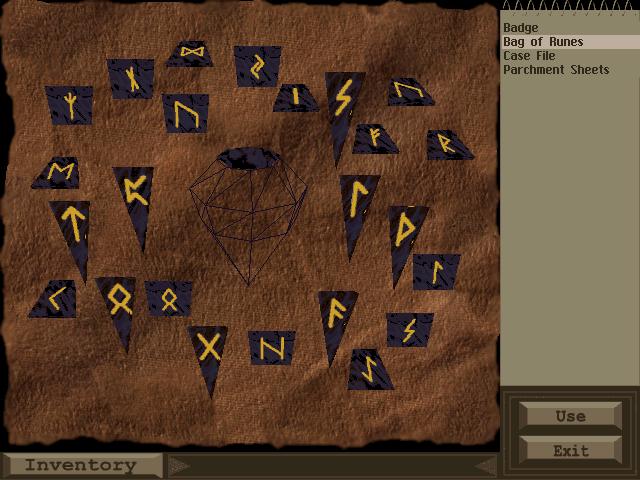 Infamously, not only is this puzzle not meant to be solved when you find it, a bug means the game is unwinnable if you try before you’re meant to.

The code is quite simple, once you realise what it’s doing. But the game doesn’t exactly help in letting you know what it’s doing, as the two sheets cannot be read together, and both have their red herrings. This one puzzle is the gatekeeper to… The rest of the plot. Equally innocuous is the shadow on your office light, only seen when you flick on your office lights, and look up. That shadow… Is important, and checking that is vital. There aren’t, to my knowledge, any truly silly puzzles (Along the order of the infamous Cat Hair Moustache of the Gabriel Knight series), but many of them are exactly this tough to discover, let alone solve. Of course, the manual helps you with a few of these early (but vital) tasks, but who reads the manual, eh?

Strangely, despite this? I’d still say the game is worth it, and due a re-release on GOG or the like. But who would be the ones behind such a game? Who would be the ones who made this intriguing, if sometimes maddening game? Why, it would be Take 2 Interactive. 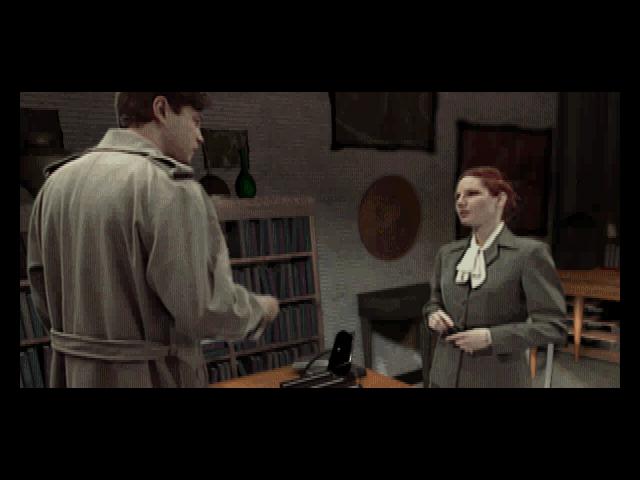 But you’d know them, in the modern day, as 2K Games.