Source: Review Copy
Price: £15
Where To Get It: Steam

ESSENCE, by OneVision Games, is big. ESSENCE is sprawling. ESSENCE is mysteeeeerious. If these were the main qualities a videogame could be judged by, then yes, ESSENCE could be considered good. 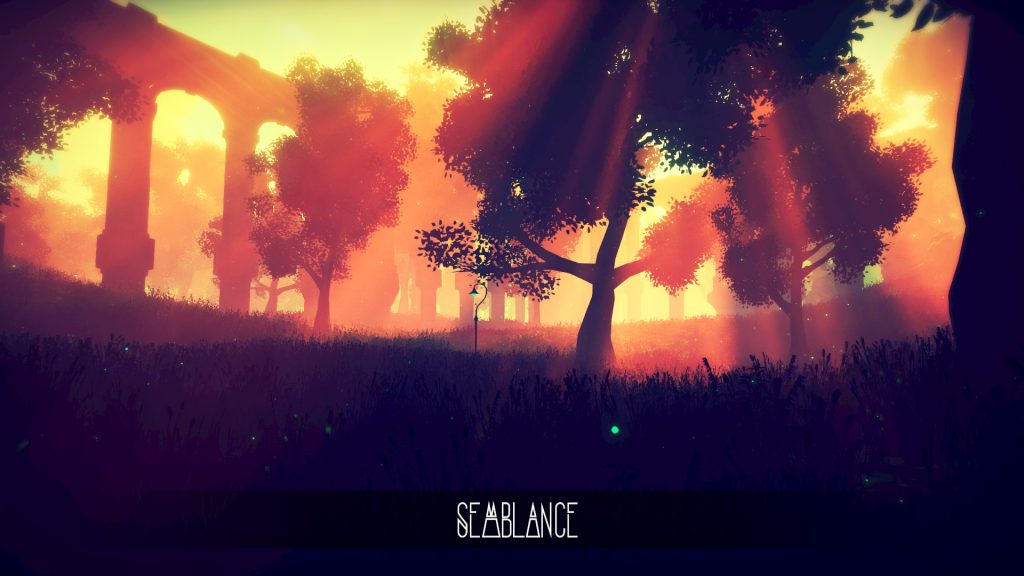 One of the prettier areas, lighting and foliage wise, in the game. It has a single exit somewhere. That exit is the entire point of this area.

However, they are not. ESSENCE feels directionless. ESSENCE is very low on interaction. ESSENCE’s world is one where I find myself saying not “Gee, what a grand civilisation I wandered into the post-downfall of”, but things like “Gee, they sure did build some massive and largely pointless seeming architecture without consideration for living space” or “Gee, I sure do hope this large gateway leads me to the next McGuffinyBob that I’m looking for out of X McGuffinyBobs to progress… Wait, no, it’s a wall of some kind, invisible or not. Bugger.”

Even at the times I’ve found the mysterious, diamond shaped McGuffinyBobs, or their buckyball like containers, or their lighted buckyball guides, I find myself saying things like “Gee, how will I be bruteforcing this movement puzzle?”

ESSENCE is a game that disappoints me. But it took a while to disappoint me, because the scale, combined with slow movement speed (I often found myself holding shift and jumping, just to get somewhere faster) is at first misleading. But no, I find myself looking at that “3 hours of play” and thinking not only “Well, if I had a chance at a refund, I’d have no chance now”, but “Wow, that felt a lot longer.” 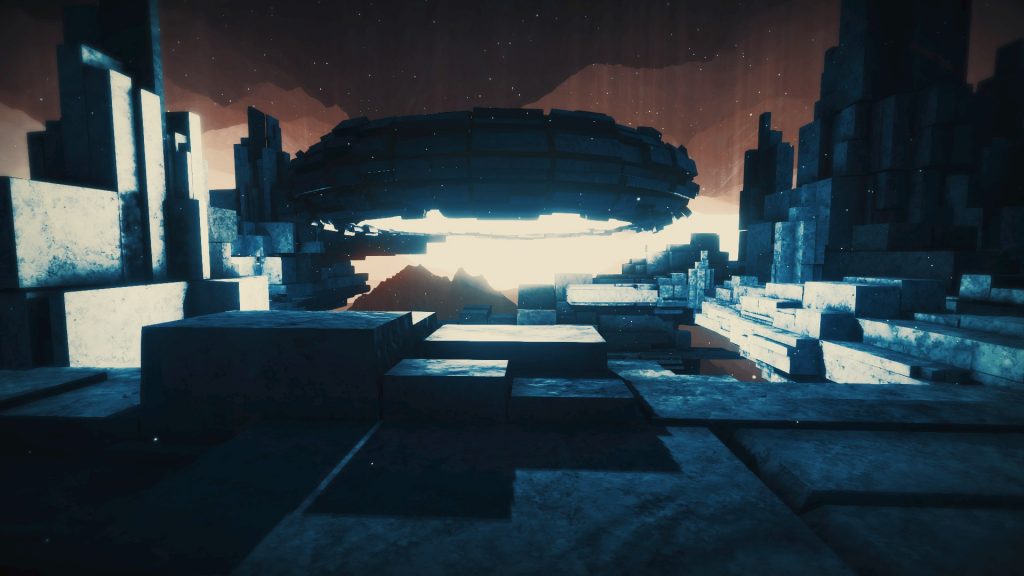 Oooh, this is big and MYSTERIOUS! Shame it’s not the exit. The exit’s to the right, and some jumping is required to reach it because it’s not a clear pathway like the rest of the area.

Now, don’t get me wrong, visually, these vast, pointless megastructures are pretty. The lighting is pretty good, and I like how it subtly changes (and sometimes not so subtly.) The ambient soundtrack is indeed ambient, chill, yet with segments that make me think “Gosh, I feel alone.” But, after a certain point, very early on… That’s all it seems to have going for it. In Genosa, the second (I want to say second) hub world, I found myself transported via the aforementioned Necessary McGuffinyBobs of Arbitrary Door/Obstacle Opening (Which is, with the lack of worldbuilding, basically what they are in mechanical terms) to a lush meadow, crisscrossed with vaulting arches, and there were lamp-posts. Getting close to one arbitrarily made a noise, and I remembered back to the first hub-world, where, in a vast, starry seeming glitter-desert of obsidian, I got close to some gusty gate of some sort, and it arbitrarily made a noise. “Ah,” my brain thought to itself “This will prove to be where I’m meant to follow these lamp-posts toward an eventual gate of some sort, but one or the other will be obscured and, due to the open area being a square of some description, I will, eventually, find the gate with or without the lamp-posts, go through it, and I will have solved the puzzle!”

Lo and behold, I got through the area without following all the lamp-posts, because, inevitably, one wouldn’t signpost me very well to the next one, so I just wandered to whatever lamp-post I felt like, and, lo and behold, I found a gate somewhat similar to the one in the obsidian glitter desert, albeit smaller, and went through it. Back to Genosa, McGuffinyBob disappears, only some number that I think is less than 3 left before I can progress, considering I saw a McGuffinyGate with six McGuffinyBobs active, and I’d dealt with three. 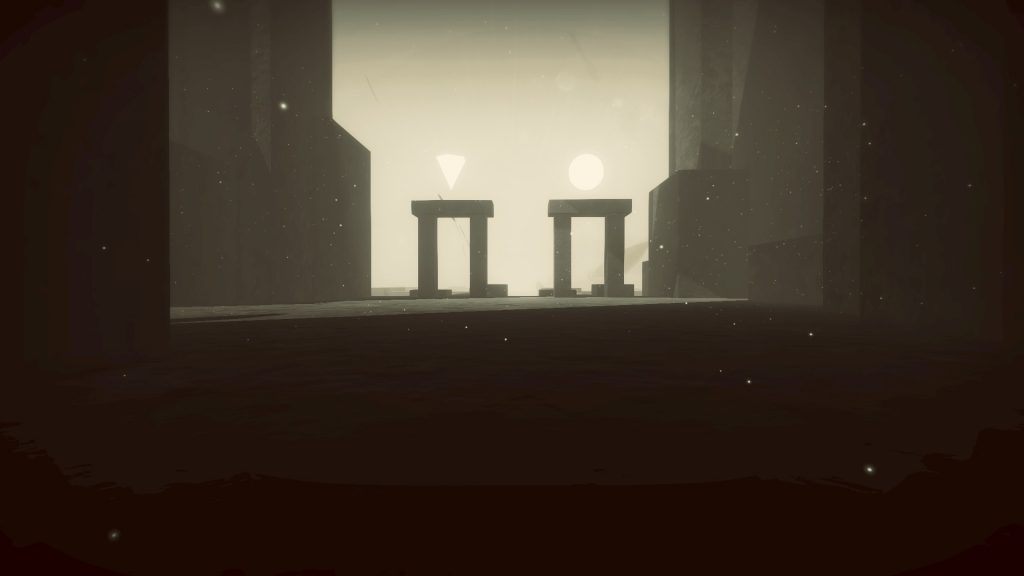 It’s a MYSTERY… Whether the sphere door is wrong somehow. I took the cone, and my McGuffinyBob vanished. For some reason, I don’t particularly have a desire to replay the game to find out.

I don’t know how any of these McGuffinyBobs do the thing they do. I don’t know what this terrible thing this grand civilisation that doesn’t appear to know what living space is was defending against (I was told, sort of, near the beginning. But I’ve already forgotten.) I don’t have any context for the actions I do, and so it doesn’t feel fun, or interesting, so much as going through the motions that are arbitrarily set, often getting lost because hey, in a big open area, you’re going to get lost without some obvious signposting. And redundancy in that signposting.

As this is part of Act One, considered finished… I think this is the time where ESSENCE and I part ways.

Sometimes, The Mad Welshman has to be hard on a game. It is, thankfully, rarely a mystery why.