Source: I wanna say bought? It’s been a while… @.@
Price: £5.59 (or thereabouts)
Where To Get It: Steam, Official Site
Other Reviews: Release

After my experiences with Barony, way back when, I felt somewhat burned out on dungeon crawling. But, of course, with a new year comes new updates, and one that happened while I was away was a content patch to Delver, a procedurally generated first person dungeon crawler that, like Barony, takes at least some of its inspiration from Ultima Underworld and their ilk… Along with a teeny bit from old Roguelikes such as Angband or Nethack, in which you, an adventurer, enter a supposedly shifting dungeon complex near a wizard’s tower that’s suffered a bad case of subsidence, to retrieve an orb attributed great magical power. 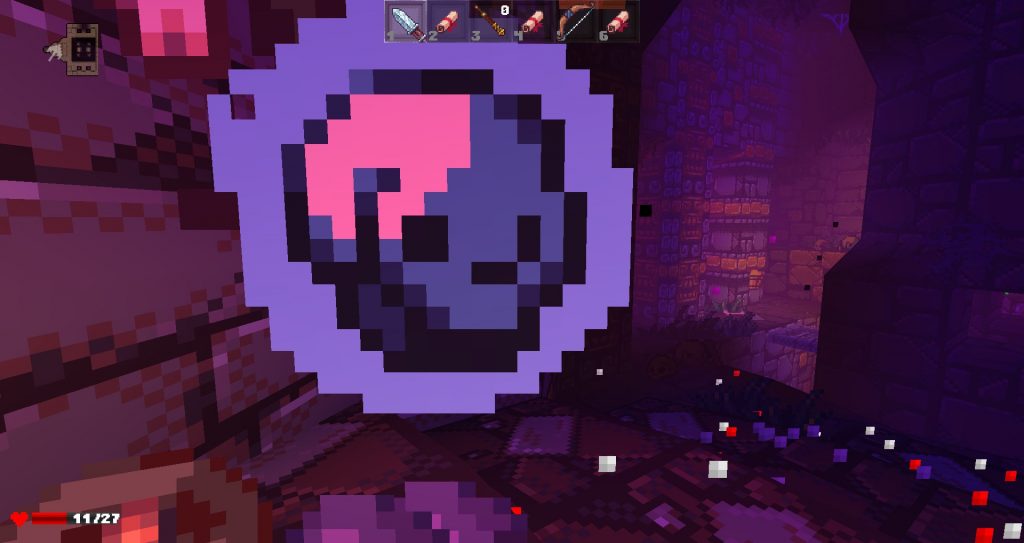 That, and potions not having a known effect, are basically the main nods to the genre Delver comes from. The rest is pretty much its own thing, and, despite some niggles it can’t really help but have, I’m… Okay with it! So, let’s get the niggles out of the way first: Equipment, and predictability.

Equipment, specifically weapons, degrade over use. And, of course, you never know when you’ll get the next one. I’m telling you this now, because… The game doesn’t, and it comes as a somewhat nasty shock when you look in your inventory and happen to notice that your Peachy Keen Sword of Being Quite Quick (Previously Excellent, doing 9 to 12 damage) has now become The Blunt And Cracked Whiffle Bat Of Still Being Fairly Quick (Doing 1 to 4 damage.) If armour suffers the same way, I have yet to notice, thankfully (THAT’S NOT AN INVITATION OR REQUEST!) Similarly, while the most recent patch went a long way toward controlling your ranged ammunition shortage (What with recoverable arrows, sometimes even from corpses), this, too, is a major concern you should keep in mind while playing: Save your wands and ammo for ranged enemies. 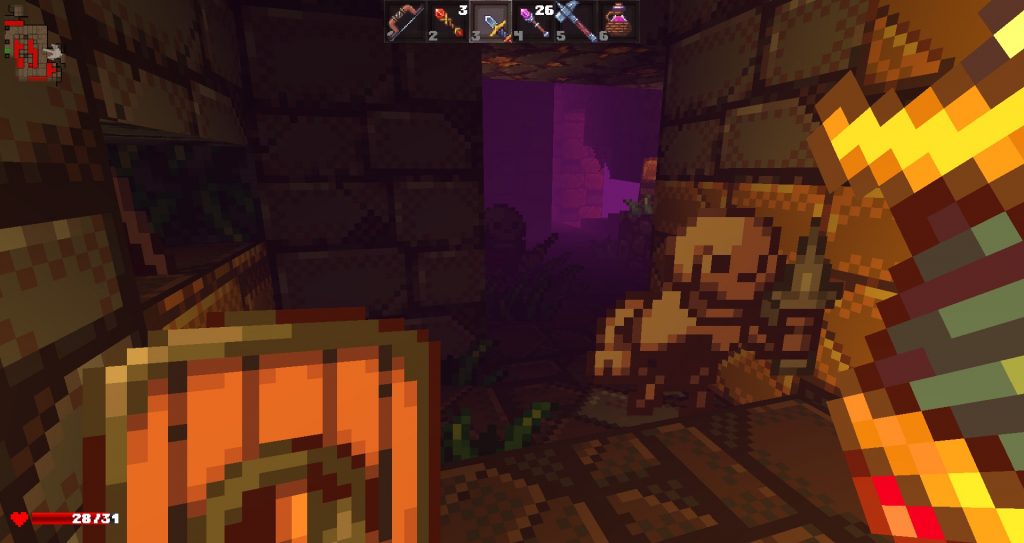 See that skelly in the background? That’s the *real* threat.

As to predictability, this is somewhat of a double edged sword with Delver. On the one hand, you know what to expect in each of the (currently) four or five types of dungeon you encounter, and so you know, for example, to save ranged stuff for the Caves/Dwarven Mines, in which Eyebeasts can ambush without a whole lot of warning, then scoot rapidly out of your range to throw fireballs. On the other, it becomes a case of “Yes, okay, Ruins, good fine, let’s get onto those orc type fellers down on Sewers 1 and 2, eh?” , and that can… Well, get a little bit dull at times. The door behind the fireplace in the underground bar is like an old friend, and I view the unstable ground over the lava pits of the Ruins to be the cackling rival, occasionally trapping me in a pit with no way out but death and reincarnation outside the dungeon despite the fact I know they’re there, god-dammit…

Still, there’s a fair bit that’s good about the game, and it is still in development. The tile based, pixellated look works quite well for Delver, each weapon type has at least a couple of swings, easily memorised, and each run takes anything up to an hour (Depending, obviously, on caution and skill), so it’s not a time demanding game (Something I, as I grow older, grow a little more grateful for each day), and the music is pleasant, fitting, and at times, quite dramatic. 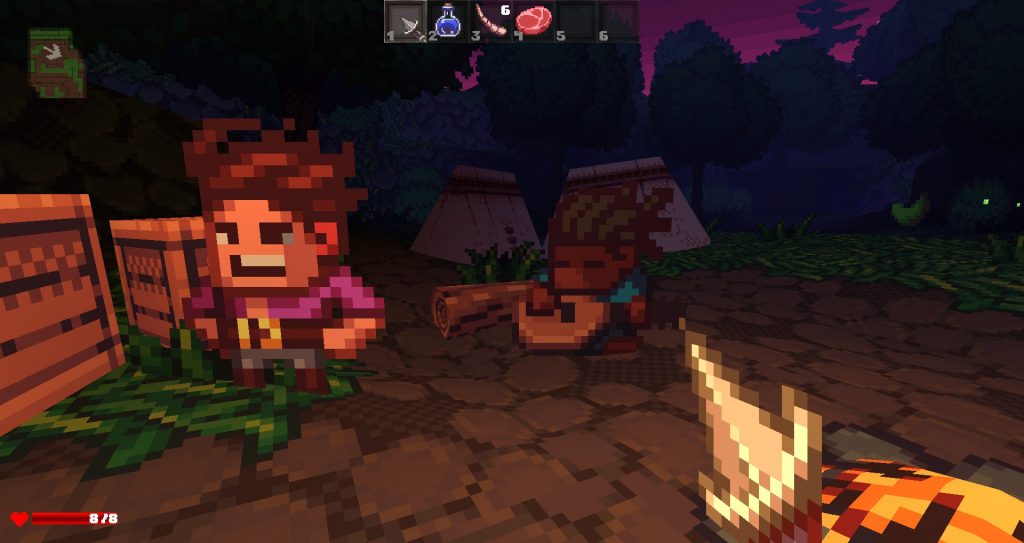 Even the campground has… Y’know, *some* drama. That dang bard, hiding things and playing sad tunes… >:|

So, is Delver worth a gamble? Well, let’s think. Less than £6, for a start, does have story (in the form of notes, which I won’t spoil, because although it’s as simple as the game right now, there’s still some good, short reads in there about the poor sods who came before you), and, while it has been called shallow (It is, a little), that’s not necessarily a bad thing, so long as you know it’s not going to have you poring over loreposts in forums. It’s fun, it’s somewhat challenging, and it doesn’t demand you Get Good… Only mildly suggests it while stressing you’re there to have fun and relax.

…And I’m okay with that.