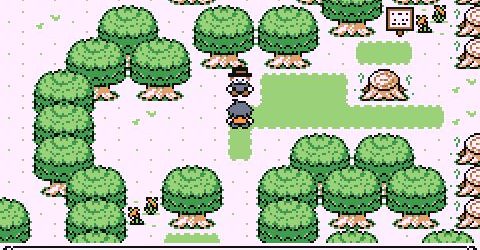 This one took quite a while to review. Unsurprising, because, as anyone who’s played Pokemon would know, Pokemon takes a while to get going, and Disc Creatures is heavily inspired by Pokemon. Down to emulating the game-boy incarnation’s style.

However, before someone groans and goes “Oh good lord, not another one”, I will say, right now, that it has ideas that are its own, and has also taken on board the evolution of Pokemon’s world, in the sense that it tries to explore the subject of being a trainer. Or, to use the game’s own term, a DiscR. And the conflicts that arise when the sentient Disc Creatures, or the DiscRs who catch wild creatures… Go bad. So, let’s get the one problem out of the way first, before we talk about what makes this one interesting: Its window is very small, and there’s no adjustment for this save being full screen. Argh. Gripe out of the way, moving on!

DiscR is, as you might have guessed, a pokemon style game. Beat up monsters, catch them, add them to your collection, beat other monsters up with them to make them stronger… You know, the usual stuff, right? Not quite. For example, the move changer. There are a silly amount of moves for each Disc Creature, much like there’s quite a few for individual Pokemon, but guess what? You get the potential to use all of them! And then… There’s combat.

So, let’s see how you like these apples: HP doesn’t regenerate unless you heal or use Energin (because Disc Creatures are more like Digimon, in that they’re electronic, and can be burned to a CD), but the energy that powers your moves? Ahhh, that’s where it gets interesting. Because each fight, you start with 10 energy, and that’s definitely enough to power some basic moves for a few turns. But while sometimes, you or the opponents regain energy, the only surefire way to do so is to E-Charge. And that… Leaves the Disc Creature doing it wide open to attack, ensuring a critical hit if they are attacked. It’s pretty tactical.

Aesthetically, well… It’s a pretty faithful GameBoy Colour style overall… Pixels, limited palette, chiptunes… It all works, and, apart from the aforementioned “Windowed mode is tiny” thing, the UX in fullscreen is fine and dandy for play.

It’s got some interesting mechanics. It’s got solid writing. It’s got good creature designs, good aesthetic, a nice, lo-fi world… When my only gripe is about windowed mode/resolution, and there’s some good quality of life stuff into the mix? Well, that’s a definite recommend, isn’t it?

The Mad Welshman loves it when somebody tries hard to be actually retro.