Defect: SDK (Standing for Ship Destruction Kit) is a game where, despite knowing it’s partly my fault, I can’t help but get frustrated. And it’s down to a lot of things.

Firstly, there’s the UI. Now, good UI design is hard, because while we often talk about how many interactions (Clicks or keypresses), it takes to do a thing, that’s only one factor. There’s also another pair of factors that doesn’t always get talked about with the design there: Time and attention. So, for educational purposes, I’m linking this rough note of the main game UI for Defect.

This isn’t that linked UI pic, but this does illustrate how big things can get. These are *nowhere* near the biggest things in the game.

That’s potentially a lot of things for what the game is, which is a mission based, effectively score attack arcade shooter with construction elements and unlockable upgrades. Bars go down, numbers go up, and, by even the end of the tutorial, fire is going to be coming at you from many directions, and many sizes of ships. I mentioned in the Early Access review that, at least in the early game, you are not big. But other things definitely are. Pay attention to them, and the smaller ships become somewhat hard to intuitively evade. Pay attention to the smaller ships, and you probably won’t even see the frigate that murdered your ass from what you perceive to be several screens away.

That’s a fair bit to keep an eye on over what often turns out to be a short space of time, and that’s frustrating.

Similarly, the game’s balance very much relies, not only on the mission objectives, but one to two core pieces of equipment, including: The Core. This blows up, you blow up. But this makes other decisions extremely tough, and it only takes the second core component, the cockpit, to see why. Just crew, on your first core, can take a tenth of your energy for… A small fighter at a time where you’re probably wanting something bigger, or a quarter of your energy for… Just over twice the crew. This is, by the way, before you start putting in the things that require both crew and power, which include the engines, weapons, armour, and… Wings. No, I’m not joking, each wing you put on your ship requires a crewmember to man it. Out of, at the end of the tutorial, an absolute maximum of… 25. It slowly gets better as the game progresses, but the key word there is slowly. Most of the time, you’re going to be making heavy compromises. Something tanky and shooty, but slow as heck and steers like a cow. Something quick, but with very few weapons and next to no armour. That first one will fail you quite a few of the missions from the second tier (Most of which involve speed or agility), while the second… May well run into another limiting factor, and the key behind the game’s name. 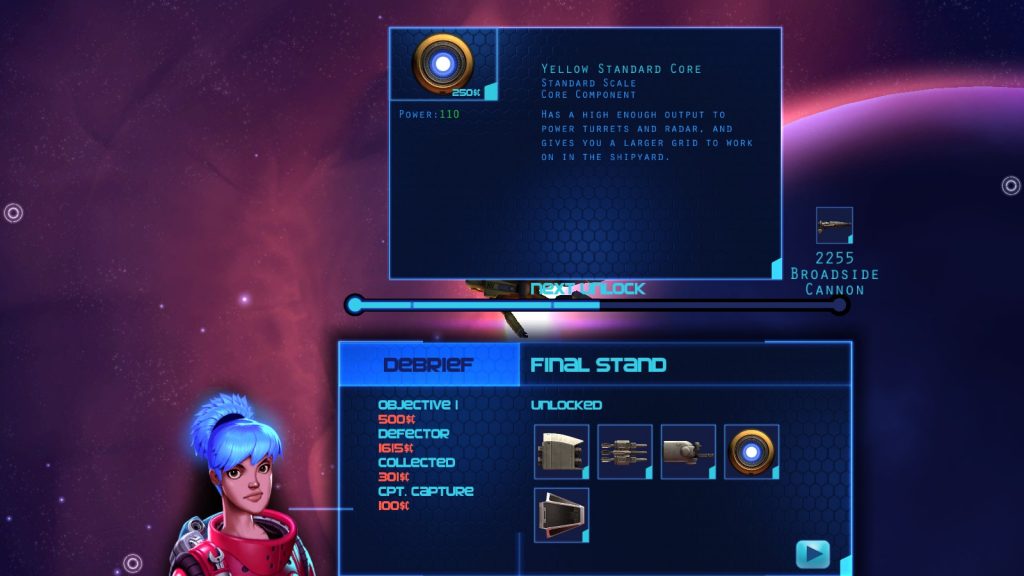 With this new core, I can… Spend 200 extra scrap for 30 extra power. Which I’d need to spend extra scrap to use. Grrr.

Defect (v.) – Abandon one’s country or cause in favour of an opposing one. Aka what your crew do after every. Single. Mission. It’s meant to be a running gag, but it wears extremely thin once you build a small, nippy ship for, say, doing a mission involving a trench run on the weakpoint of a planet smashing laser platform, only to then have to destroy the ship you built last mission, which has lots more armour, and about four more weapons. At least two of which are semi-guided missiles, and likely a turret that tracks a hell of a lot better than I do when I have the damn things.

Now, in balance, I will say that the visual style of Defect is damn fine. I love the artwork. I somewhat like the ambient music and the creepy drama of the title theme. The sound design is good, and the customisation is mostly well explained. Nothing like seeing a lovingly rendered Crewman Ziggy stab you in the back, or listening to the fwwwwwoooosh of your thrusters (Or, in the case of some later ones, the RRRFWSHWRRRRWRRSH.) The basic controls, similarly, are pretty simple: WASD for tank-control style movement, mouse for pretty much everything else. Bam.

But, in a very real sense, Defect is built on conflicts of design and compromise, and, while I’m certain at least part of it is that I’m not great at arcade twin sticks, another part of it is that yes, the game conflicts with itself at times. I’m sure there’s an ideal path through the game, one that allows you to build progressively better ships, going through the missions, and managing to destroy your traitorous crew each time with few problems. I’m equally sure that people are enjoying it more than I am, exploring the requirements of each mission with gusto, creating tricked out ships that shouldn’t work, but do.

Alas, I am not one of those folks. 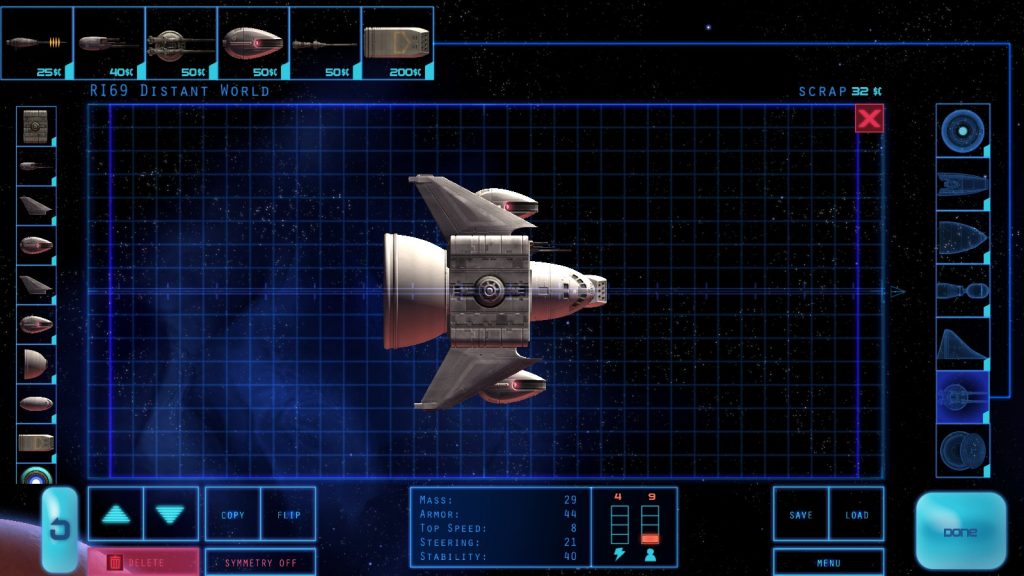 One of my many flawed attempts at building a ship. Try and spot the main flaws here.

The Mad Welshman fogged up his faceplate with a gusty sigh. He was somewhat used to treachery, but normally he was on the other end of it. Oh well, he thought, nothing to do but wait for the rescue craft.