Source: Cashmoneys
Price: £15.49
Where To Get It: Steam, Official Site
Version: Beta 3

It’s one heck of a thing, to see a robotic hive in action. A wall gets blown up, along with some hostile bots, and a small army of utility robots arrives on the scene quite quickly, to pick up parts and rubble for recycling, to rebuild the walls, and, before you know it, everything’s pristine again. 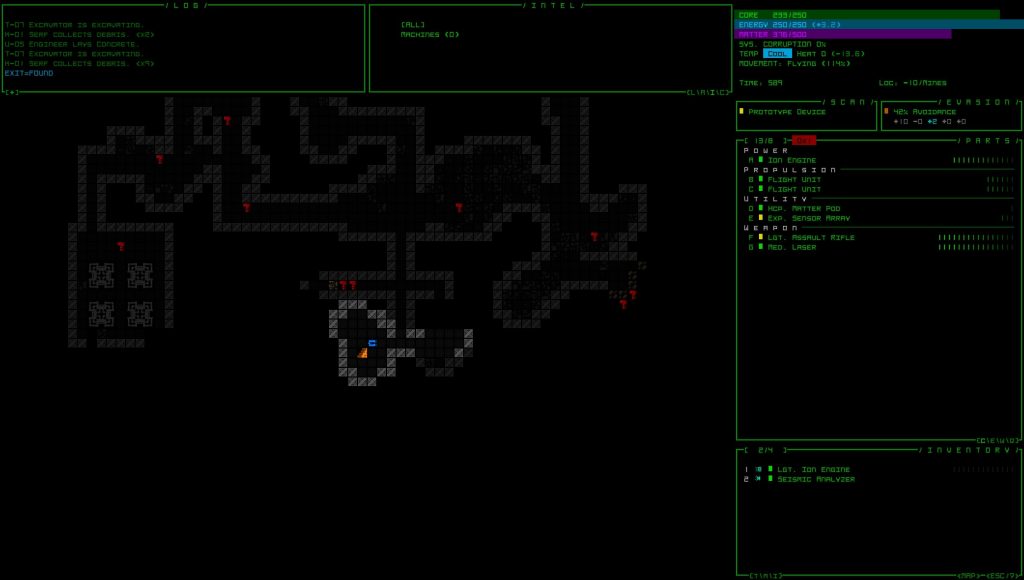 The mines, where I found a wonderful sensor that I thought would keep me safe. Oh boy, was I wrong.

Not that you’ll be spending too much time watching this, since hostile robots are also quite quick to the scene, repair is hard to come by, and, being a sentient robot that is quite fragile once all the bits it’s accumulated have blown off, you generally don’t want to be hanging around. But it is interesting to see. Such is Cogmind, the Roguelike by GridSage Games.

Now, one thing to definitely get out of the way first is that Cogmind is hard. Thankfully, there are two factors that make this game more accessible (Beyond being turn-based.) Firstly, there’s two flavours of “Easier Mode” in the options (Yes and EXTRA YES) , and secondly, the controls are fairly simple. Left clicking on things interacts with them (and is fairly context sensitive: Left clicking an enemy fires at it, for example), right clicking examines them (Useful information wise, and the ASCII art for various items is kind of cool), numpad keys moves, G gets things, and escape opens up the menu.

Core to the game is the fact that you are reliant on parts to become less vulnerable… But those parts come from other robots, and the longer you stay in one area, the more you fight or blow shit up or hack things, the bigger the response is. Leaving for another area lowers the alert a little, but you’re always a patrol or two away from death, even with high powered machinery. So… Do you try to find sensors, so you can see them before they see you? Bigger bangtubes so you can kill them before they have much of a chance to react? Smarter weaponry that lets you murder from afar? Maybe hacking tools, so you can make all these lovely, deadly creations your best friends in the whole world? All of these require different strategies, and, of course, finding the right parts. Which, generally speaking, will not be parted so easily from the robots that are currently using them. Everything else, from finding materials forges to murdering scavenger droids for anything they’ve picked up, is pretty much a gamble. And, since the parts double as your armour, getting into fights means you have to replace parts, changing your strategy on the fly. 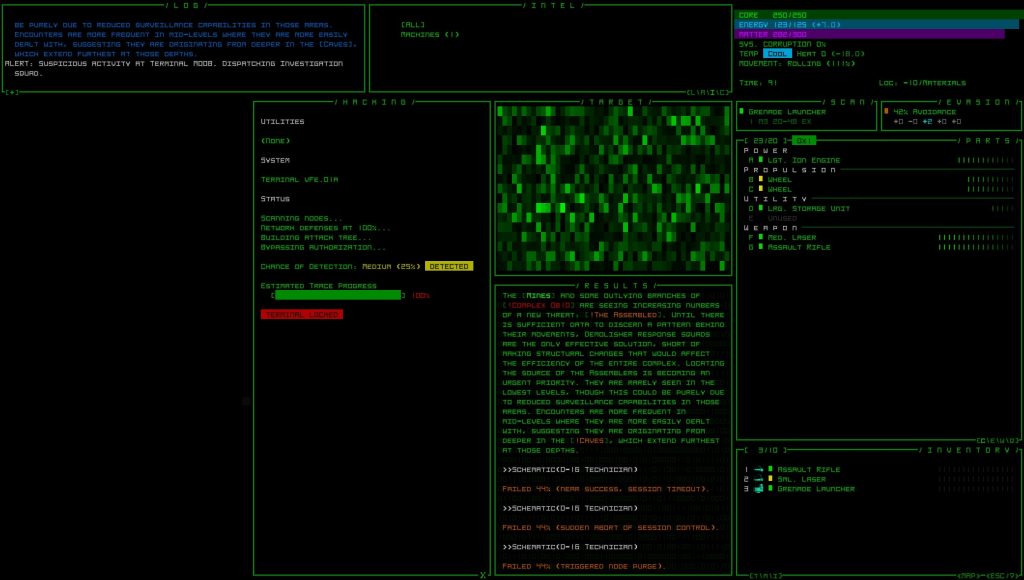 On the one hand, I got tantalising information, and hints as to how get more. On the other, the alert level just got raised, and they know roughly where I am. Crap.

As such, the main killler of my runs so far aren’t the rare boss encounters, or the melee only Bruiser Bots… No, it’s the humble S-10 “Pest.” They’re not armed with much… They’re not tough… But they’re fast, and come in groups, outpacing even your speedily rolling exposed core. And if something can keep up with, and keep firing on, your core… Well, it’s game over, and back to the trash-heap you go.

If you can get into it, however, and get somewhere, there’s an interesting world out there. A world of robots, some sentient, some not-so-sentient, and clues as to the true nature of your core. It helps that, once you’ve got the hang of things, you can do some serious damage, and get around a fair bit. But, most often, you’ll end your runs a small, desperately rolling ball, chased and reduced to scrap, seemingly for the crime of being just that little bit different.

If you’re okay with that, then give Cogmind a go. Perhaps you’ll find more about the world than I have. 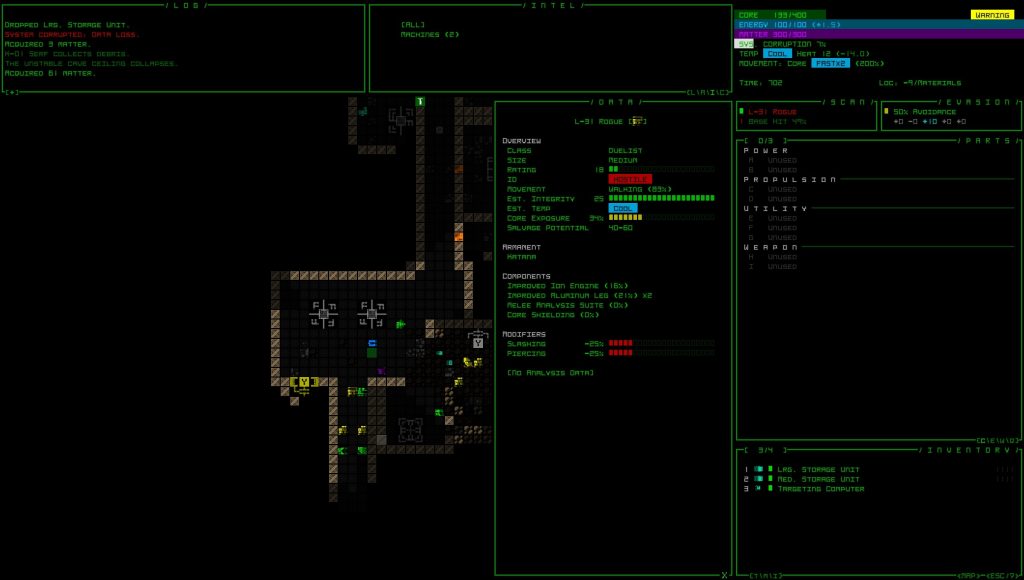 I’d managed to blow quite a few up before they got me, but, as you can see… There were a lot more coming, and I had no options left. Time to die…

The Mad Welshman sympathises with the plight of his robot overlo- er, friends. Yes, definitely friends.