Beat Em Ups, as they’ve long been known, have had some pretty interesting subject matter in the past. Failed Sega Mascots. Baseball (in the player sense) robots fighting Baseball (in the ball sense) aliens. Being a bad enough dude to save the president. And now… Two baristas, fighting those dirty custome- I mean, aliens leeching the world’s WiFi. 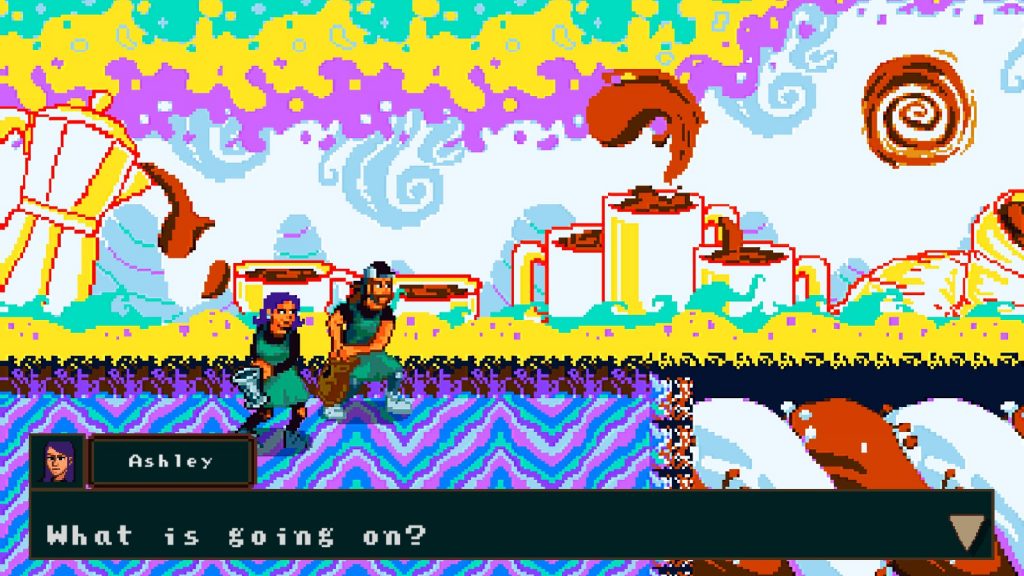 I’m, as confused as you are, Ashley.

I honestly can’t say I’m not charmed by the concept. It’s just it’s rather odd in places, execution wise. And only some of it I really understand. Let’s go back to basics, though, for a beginning.

As a beat-em-up, it’s a fairly old school setup: Attack, jump, jump attack, grab, and a special that costs health and is, extra damage aside, somewhat underwhelming. There are ranged enemies, who are a pain in the ass, there are tough and weak enemies, there are bosses, there are stages. Heck, there’s even level codes, which I kind of appreciate, even if they’re the older kind that doesn’t, for example, preserve number of lives and the like. It inherits the weaknesses of older beat-em-ups, such as lack of decent counters to ranged enemies, a lack of feedback (It took a level or so for me to notice the healthbar), and wall-locking enemies being the ideal strategy for the majority of encounters, but, as a beat-em-up, at its core, it isn’t bad.

Where it gets a little odd are the “spectacle” additions, Mods and “Special Effects.” Both can be turned off, but the game leaves them on by default, and… Honestly? They don’t really add all that much. Some of the mods change the way the fight works, but not all that many have a noticeable effect, and Special Effects? I’ve never been a big fan of involuntary shader funtimes, and to have fights randomly turn into greenscreen, or all wibbly, or with that “Metal” shader (You know, one of the ones that bears little resemblance to actual metal) is more offputting and artificial than anything else. Nonetheless, they can be turned off in the options, and it merely remains for me to point this out. 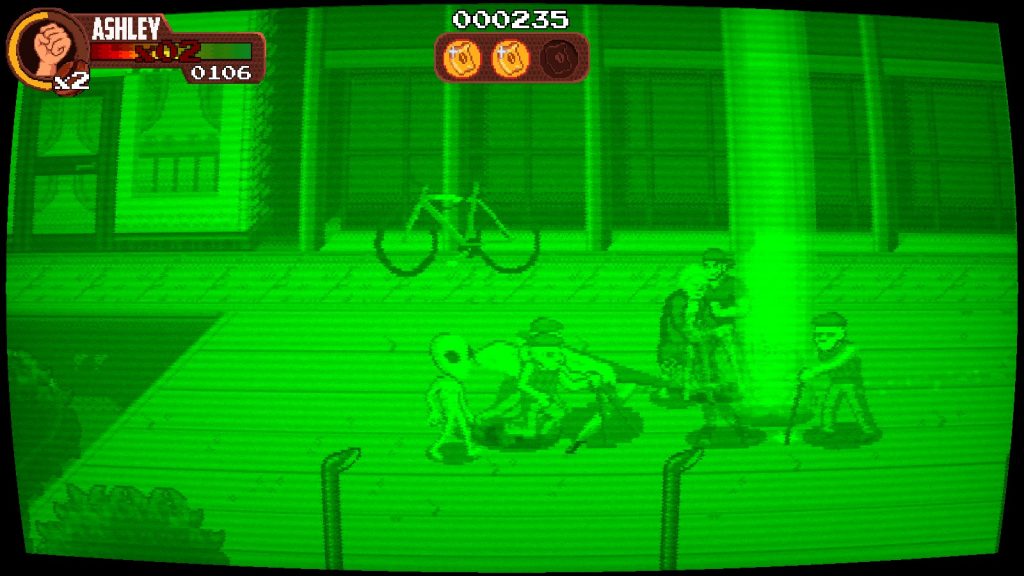 Aesthetically and narratively, it’s hit and miss. Some of it is that there’s obviously some local cultural references I’m just not getting. Some of it is enemies for the sake of enemies (Why are the aliens possessing OAPs?), and, aesthetically, it feels more than a bit chaotic, and the coffee OD level in particular has some eye-searing colour choices. Like… Ouch.

So, overall, Coffee Crisis is in an odd place for me. I’ve had some fun with it. I appreciate the coffee chugging minigame, both as part of the game’s odd world, and a reference to older minigame bonus stages. I appreciate that having a separate “Grab Enemy/Pick the weapon up” button is a damn useful thing to have. It doesn’t outstay its welcome, being short and punchy. But at the same time, I find some of its decisions odd and offputting. It is, I’ll say, worth at least a look if you like old school beat-em-ups. 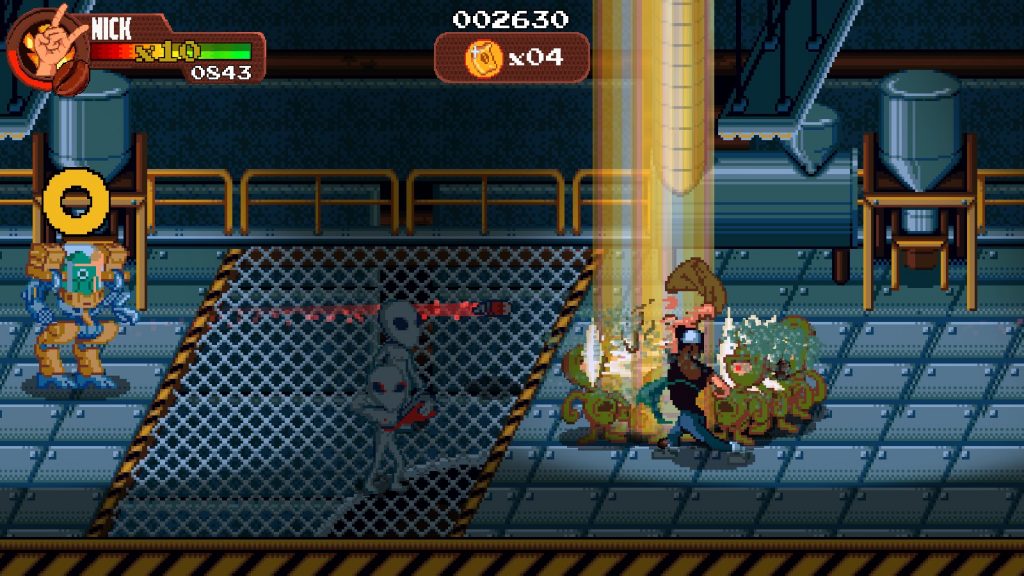 Yup, this is indeed a beat-em-up. You can tell by whaling on several enemies with one swing of my coffee bag.

The Mad Welshman sips his coffee appreciatively, safe in the knowledge that Baristas are deadly brawlers who will forever protect his coffee drinking rights. Or something.