Cityconomy: Service For Your City (Review)

I will say this much about Cityconomy from the get-go… It made me truly understand those robotic spies pretending to be human in Psychonauts. “Greetings, fellow hu-mans. I am a Garbage Collector. Watch as I go on my rounds. Boy, these garbage trolleys sure are heavy.” I never though I would see a game from their viewpoint, but Cityconomy… Cityconomy somewhat takes the cake, in many ways… 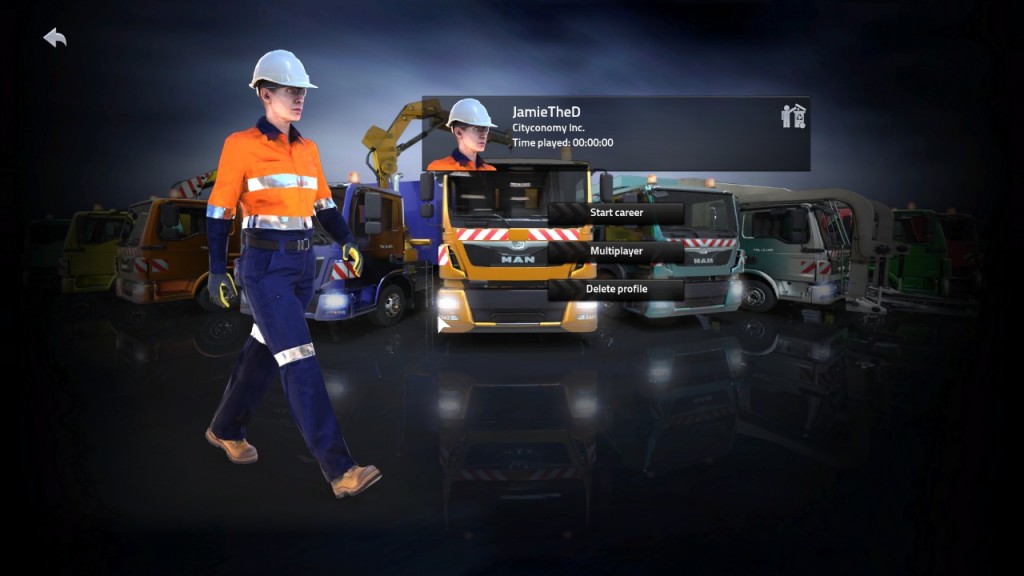 Let’s start with how it runs. Poorly. On my current, quite nifty system. Loading screens flash in and out of existence, the game’s screen blacks out or vanishes entirely when loading, and even when playing, there are moments of frame drop. The city doesn’t look terrible, but every now and again, it will make my GPU make alarming noises. Not a pleasant point.

Equally not a pleasant point is the difference between the genders, and the fact that it is white folk central. You have two choices of white fake human to drive your garbage trucks, and one of them, I would swear, is more fake than the other. I would give props to any women garbage truck workers, but you cannot make me believe that they sashay while walking. I wish I was kidding, but no, the walk cycle for women involves some hella hip movement, and I’m genuinely confused why that needed to be in there. Is there some fetish I’m not aware of?

*This* highlights something, er… Well, something. Umm…

It is also, it must be said, a grindy game, and for the first few hours, you’re going to be driving either a garbage truck… or a recycling truck. That’s all you can start with… You have to work up to sewage, my friends, and god forbid you have the cojones to cut grass or tow trucks… Your insolence is astounding, asking to do these things from the beginning! And this would be fine, if any of the vehicles handled well… But they don’t. The poor turning radius, I sort of expected. I know that garbage trucks aren’t exactly known for turning on a dime. What I didn’t expect, however, was the myriad of other problems. I can turn turning signals on… But I can’t seem to turn them off. Accelerating and decelerating involves either lots of waiting, or frustrated waits for the hiss of whatever piston based machinery your engines run on, as a signal you can finally move. 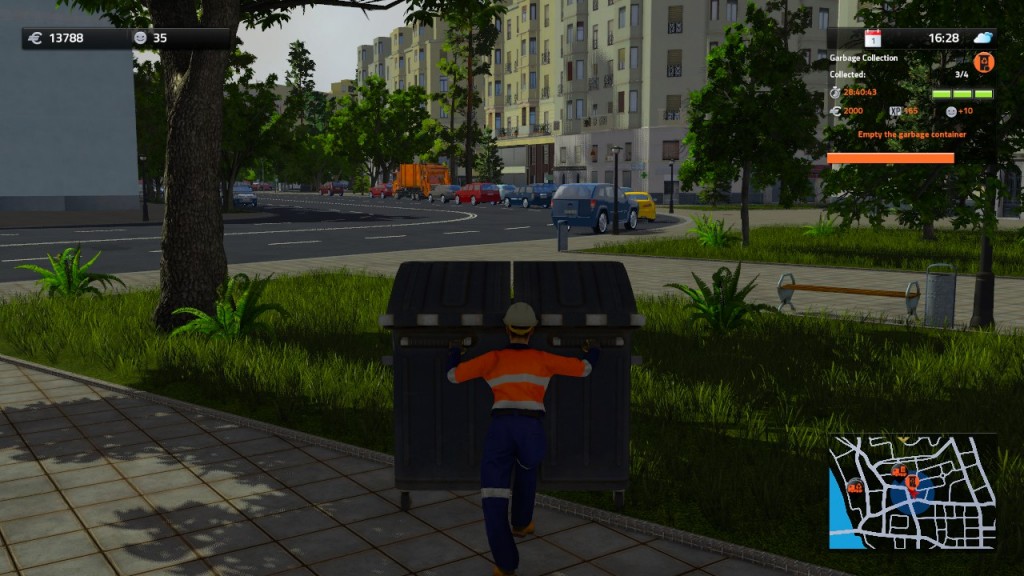 I have to take my delight where I can, sometimes…

And then there’s the city, and the soundwork, and the skill tree. All three are somewhat empty. No radio, that I can see. The vehicles sound… Well, very canned. The city is nearly empty, except for the occasional (Mostly White) person walking around, and the myriad of vehicles with barely seen drivers, all of whom have the intelligence to understand a stop signal, but not slightly more subtle things like “If there is a garbage truck in the way of you leaving your turn, do not attempt to leave your intersection, thus parking your arse less than five feet from the garbage truck’s arms” or “There is a garbage truck turning here… It is bigger than you, and has legal right of way. Please do not ram it as it is leaving.” One thing I won’t complain about is the placement of your job requirements… While I obviously can’t be sure it’s intentional, yes, real human beings leave their junk boxes, of various sizes, on awkward street corners and alleys, requiring real garbage folk to stop their trucks in awkward places once a week, and take five to ten minutes wheeling things as safely as possible while being honked at by irate drivers. 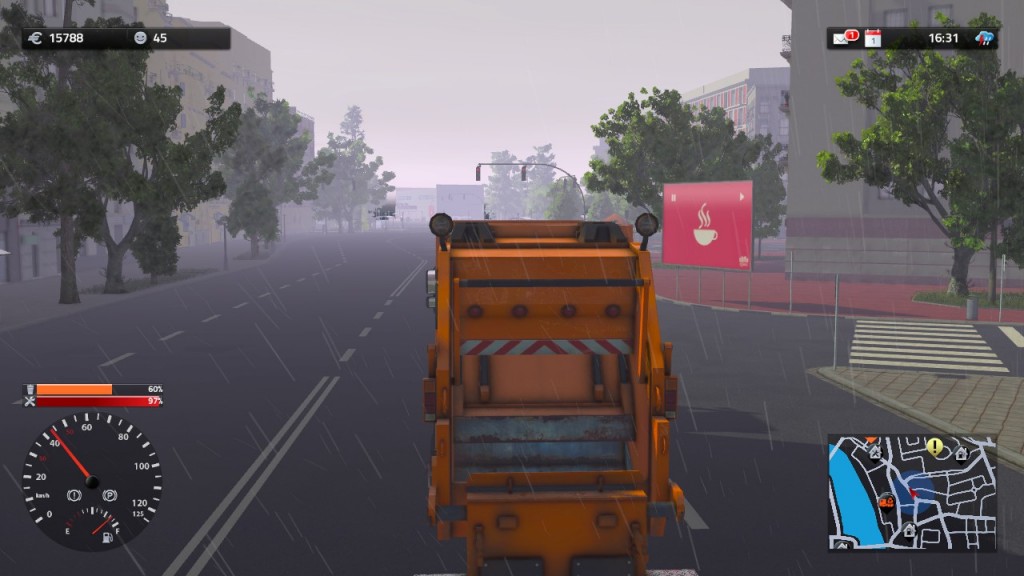 The fog and night effects can… Sometimes be a little odd. Y’know, in the distance…

…There is no irritated honking by the city’s drivers, only yourself… If you really want. The problem is: You don’t. Now, this is by no means the worst simulator. The devs are patching things, but… I honestly don’t have much confidence, considering that it is entirely possible to buy some trucks, hire and “send” workers (By which they mean “The worker sits in the truck and rakes in money from the garage”), and earn millions this way. The multiplayer is limited, the game is poorly optimised, there doesn’t appear to be a windowed mode I can find (Making streaming awkward), and the only thing recommending it is that not many, if any, have tried this specific kind of Sim before. Which, when you get down to it, isn’t really much of a recommendation.

The Mad Welshman must collect the Garbage. That is his function.