I’m genuinely conflicted about this one. Mainly because I can’t understand why it looks the way it does. This isn’t Melissa Royall’s first art gig, nor is it Richard Perrin’s first outing. Both of them made Journal, and Richard Perrin helped make The White Chamber and Kairo. And yet… I’m faced with an art style that wouldn’t look out of place in one of those low effort “Girl Games” (The quote marks are there for a reason), and UI placement weirdness that I’d expect from worse games than this. 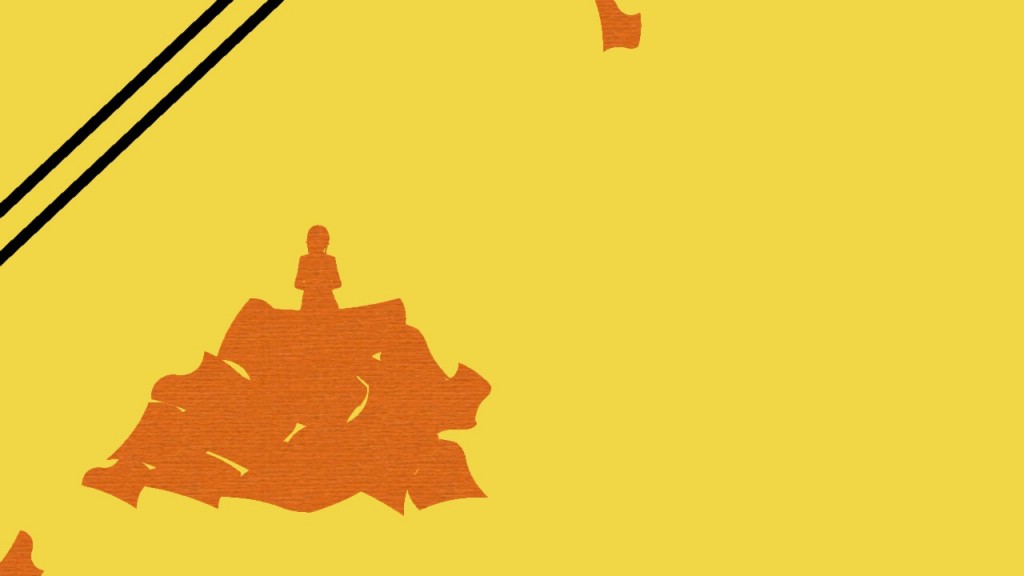 The opening is highly artistic, and seems inspired by games like Persona, but the game itself…

Make no mistake, it isn’t a bad game, per se… But it definitely makes some strange decisions. Like adding quicker week timers as a thing you buy in game (No, it’s not using microtransactions), or an unlockable “comedy ending” to the game’s story, which is about harassment in cosplay… Admittedly, it’s hard to unlock, and considering the non-sequitur that was the “Comedy ending” in The White Chamber, I’m not really sure I want to bother.

So, er… The game, yes. It’s essentially a life sim, like Princess Maker or Academagia, where you want to become the very best cosplayer there is, so you can be flown to Japan for the International Cosplay Championship and be feted as being awesome. You plan your… Wait, more odd decisions. The week’s divided into weekdays (All of them), weeknights (All of them), and weekends? But what if I finish a costume early, do I…? Yes. Yes I do waste the rest of the week. And I’m not entirely sure researching to raise skills works. Or if it does, how it works. The game isn’t very communicative, even for a life sim. Finally, considering actual events happen pretty slowly, as opposed to the normal kind of “While you’re doing this thing, one of your stats was changed by something happening”? I haven’t gotten amazingly far in the story, I certainly haven’t gotten toward relationships, and I’m not entirely sure I want to put in the effort. Because it means watching the protagonist (Who is the worst drawn of the characters, some of whom are moderately well drawn, others… Not so much) stand in a relatively static image, while one of something like four jazzy tunes plays. 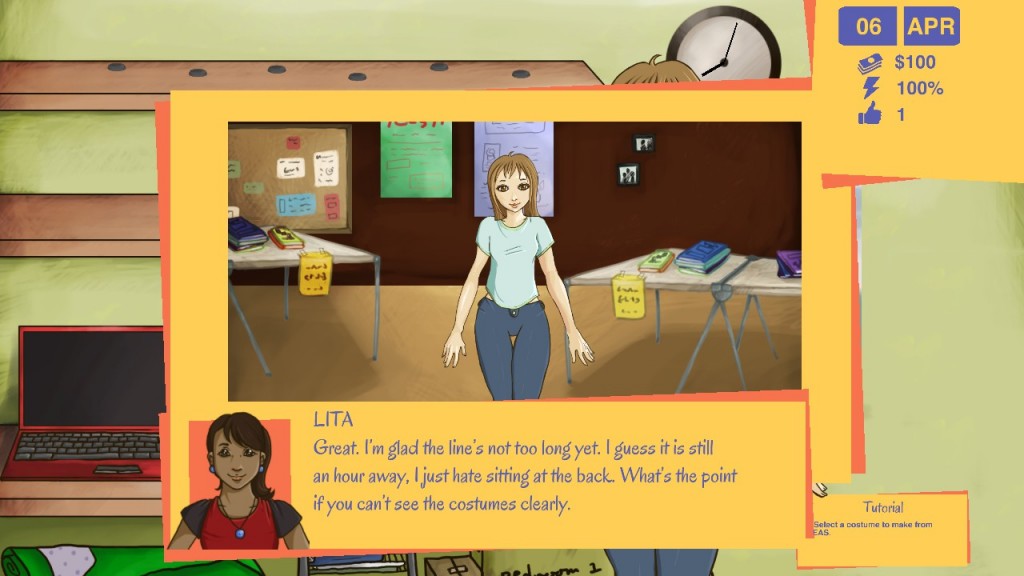 …This is our protagonist. Compare the two portraits.. And that pose… o.O

Okay, they’re good tunes, but hearing them for the hundredth time in a row is starting to get wearing. As are the work images. And the dissatisfaction I’m feeling is really awkward, because I’m pretty sure there’s some happy endings in there, the characters talk about cosplay fairly realistically (Even if the jobs in the work system… Er… Aren’t depicted as anything but gamified “Get money and stress” options that you usually see in life sims), and the intro (Which looks inspired by Persona) shows signs of quality that… Aren’t as obvious when you get to the actual game.

And this makes me very sad, because I want to like this game. I like the idea. I like that it’s trying for social commentary on a scene that definitely has its ups and downs, not to mention a bit of wider social commentary. I like that it apparently has same sex relationships. But I’m struggling uphill against a game that lacks some necessary transparency, has a blank-slate protagonist that creeps me out a little every time I see her vapid stare and odd poses, and whose UI and controls make decisions that constantly make me think “What the hell? How was this not spotted, when it’s that obvious?” 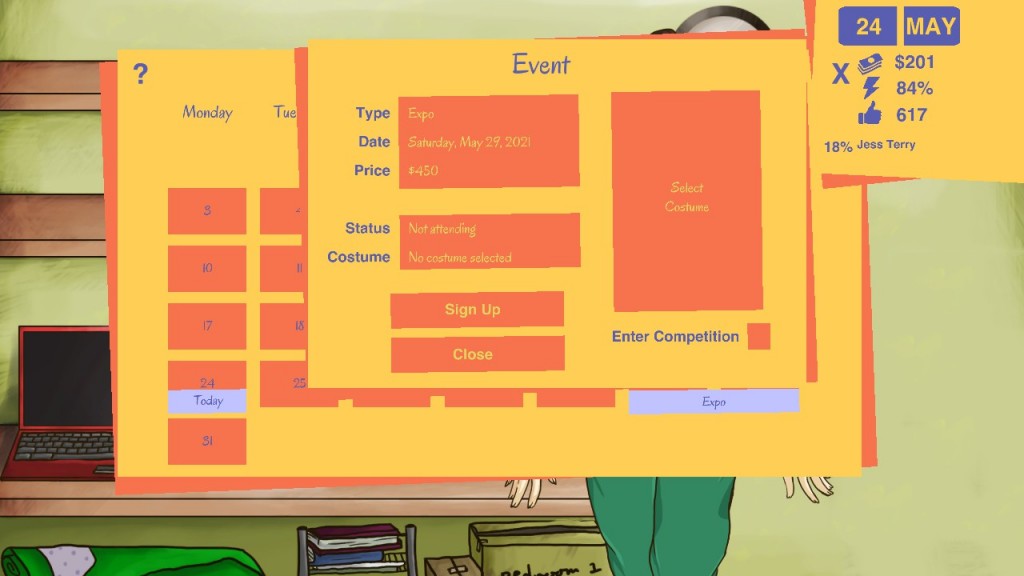 …This is what I mean about the UI. The windows blur into one another, making a hot mess…

There’s more content coming, and the game is being updated at a rate of knots right now, but… I’m extremely conflicted about this damn game. It has its pros, but right now, they’re outweighed by strange design decisions, a UI that hurts my eyes if I stare at it too long, and that protag…

The Mad Welshman, eventually, will achieve his dream of cosplaying Elijah Snow from Planetary. But until then, he will wait.