Ebony and Ivory, together in perfect… Oh, wait, no, this is a game with child protagonists, published by Square Enix. One of whom is a White Black Mage, and one of whom is… No, I daren’t even finish that sentence. Nonetheless, this is, some qualifications aside, a positive review about a cool game by Cardboard . Buckle up. 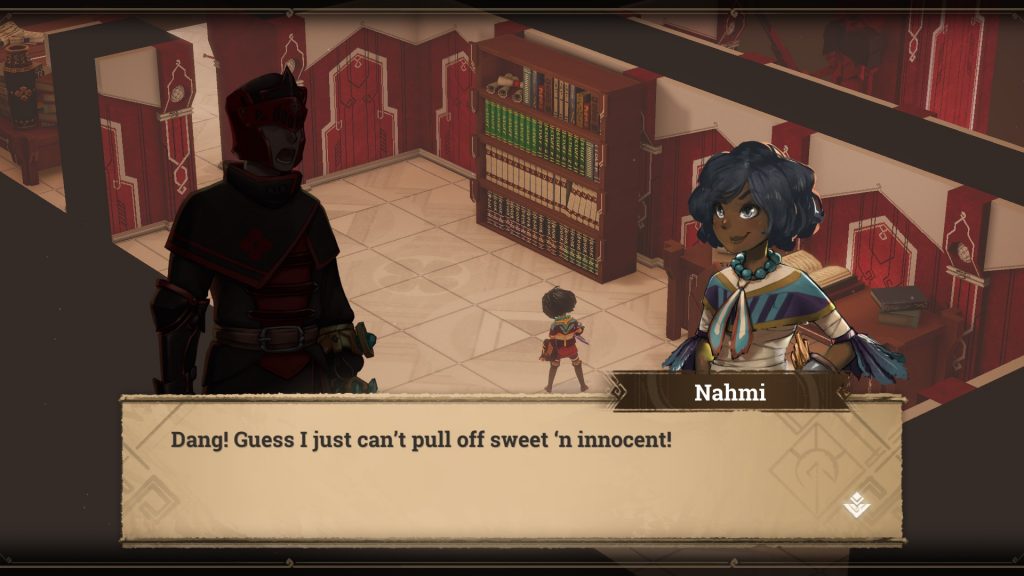 Children of Zodiarcs is a turn based strategy RPG which uses cards and dice as its main mechanics. The player moves, plays attacks, heals, buffs, and debuffs, then the enemy does the same. Levelling up gets you better stats, better cards, different cards, and the same goes for dice. Direction matters, because backstabbing does extra damage and doesn’t get counter attacked, cards have different effects, some special, red symbols on the dice do bad things, white ones do good things, and you get to reroll two dice with each card you play. Enemies have different decks, and bam, there’s your mechanical end summarised. In play, it’s actually pretty cool. I find myself thinking about how the players work together naturally, about how if I do this, then THIS, I remove two arrogant, assholish Nobles from my path, and, next turn, another couple won’t even know what hit them. Muahaha.

If it were just the mechanical end, I’d be okay with Children of Zodiarcs. It experiments, the experiment works well, and it’s explained clearly and succinctly. Apart from the red dice (a colourblindness issue), I can clearly see what does what, and, honestly, all I need to know is that Red Dice are Bad. Avoid them. 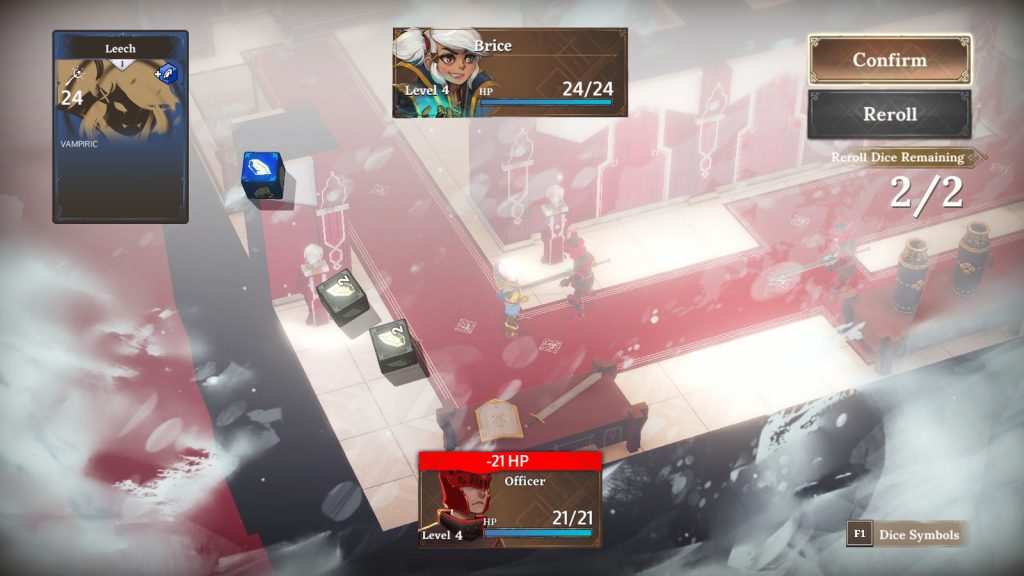 But it’s not just the mechanical end. Narratively, I care about the characters. They’re young, sure, and, like the young, speak dramatically, bicker, bitch, argue, doubt… But they’re characters. Nahmi’s gruff, bold exterior hides a lonely soul. Brice hates grown ups (and with good reason), but has a hero worship thing going on with Nahmi. Pester, at first seeming like the whipping boy of the group, actually helps hold things together, and Zirchhoff is a laughing, brash Shounen Fagin who no doubt hides dark secrets, but charmed me with his bloodthirsty ways from the start. The Nobles are privileged, arrogant assholes, perhaps the weakest part, but still villains I love to hate, and other gangs are human, from the very first you meet, the Black Fangs. I care about the characters, I care about the world, and as such, I only cringe a little at the pun with Nahmi (a WOC protagonist to boot, miracles abound!) the… Ebony Flame, and Brice (A girl of the Caucasian persuasion), who immediately calls herself… The Ivory Flame.

Ouch. This, funnily enough, is a good segue into the game not being perfect, and, in its current state, not exactly for beginners. Which is slightly saddening, but I’m sure either balancing will happen, or folks will try it for the story. Anyway…

…While the visual design is clear and concise, with a good feel for story through costume and the like, and the music is excellent, the animations… Can best be described as “Servicable.” They could uncharitably, at times, be called “Lackluster”, such as the Ruiner, a line spell that, er… Makes a particle effect on each person. Eh. Similarly, once you’re out of the first three tutorial missions, the gloves are off, figuratively speaking, and you’re thrown into a mission where the objective (Get to the exit) is definitely not to be ignored. A swift death awaits you if you don’t plan, and plan well. It’s almost the same in the second such mission, but with the possibility of lessening the difficulty by… Repeating the first two missions to grind experience. Not, perhaps, the best solution. There are generally three characters in a mission, and, while I like some (the original trio), others are not so hot. 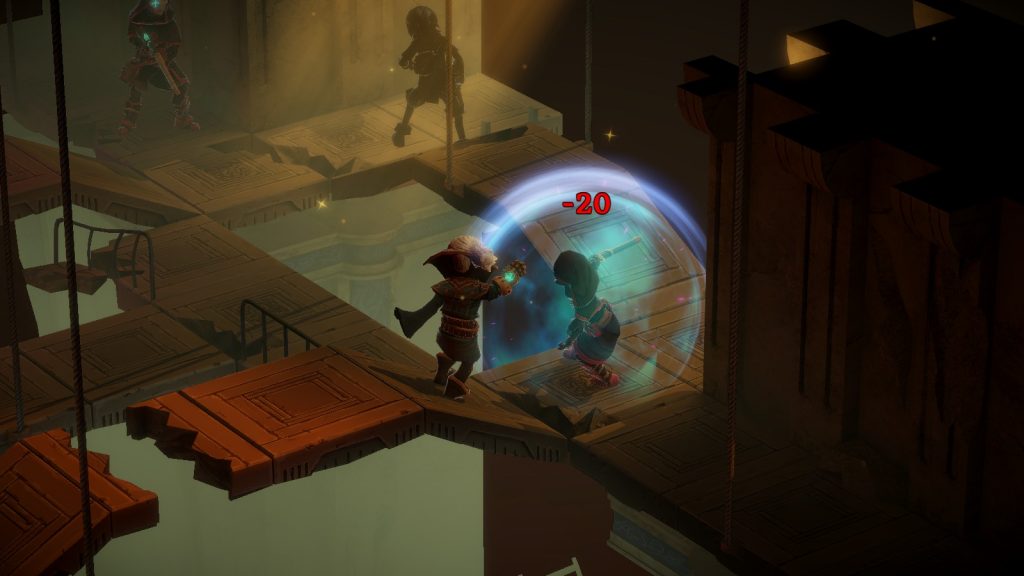 That… That was a Ruiner, huh. Mm. I was expecting something, Iunno… More *Ruiny*

However, the missions are definitely not unbeatable, although you may bang your head against them a couple of times, so while this isn’t a beginner SRPG at the present time, it’s still pretty accessible, charming, and seemingly quite well written. Well worth a look.

The Mad Welshman would like to inform people that the Nobles have been excluded from this year’s VillainCon. Remember, Villains, not JERKS.