CONTENT WARNING: Cacklingly Evil Corporations do things that would be considered triggering, such as forced impregnation, human experimentation and trafficking, wilful use of deathtraps, and other creepy shit that would horrify normal people and cause them to get locked up.

Playing Stasis (a “dystopian sci-fi horror” adventure game that got no small amount of critical acclaim at the time it came out, and is apparently getting a sequel) has reminded me how much CacklinglyEvilCorps piss me off. Not because they’re so obviously evil. But because they’re stupid, badly written evil. Oh, and let’s not forget, often edgy evil too. Because, y’know, nothing says evil like [insert horrific thing because reasons here]!

We’ll come back to Cayne Corporation, and how thickly that got laid on, in a bit. But first, let’s talk about a pair of supposedly massively evil corps in movies: OCP and Weyland-Yutani. It may shock you to notice, but they’re not actually that evil. Doing bad things, yes. But in a way that makes sense. Let’s start with Weyland Yutani, as they appear in the first three Alien films.

At the beginning, they are just The Corporation. The Company Store. Sure, Ash goes murderous, and you have the directive “Crew Expendable” , but up to that point? We can tell they do mining or extraction of some kind, that they have contracts, and employees, and, at worst, they’re penny pinchers.

And then we come to the second film and… Nobody on the board knows, or claims to know, of any such thing happening. In fact, we get a little nuance, because Van Leeuwen, the CEO, mentions that Wey-Yu has quite a lucrative sideline in… Terraforming planets. Shake-And-Bake colonies. Their colonies are apparently safe enough for families to join up (With, of course, the exception of LV-426 and, y’know, all the other LV numbers that get mentioned in the media of the expanded universe), and, before Carter Burke and the assholes he works for stick their finger in? What we see is normal, everyday frontier town analogies. They do medicine. They technically own the Marine Corp… They have nuance, and are not just black and white. 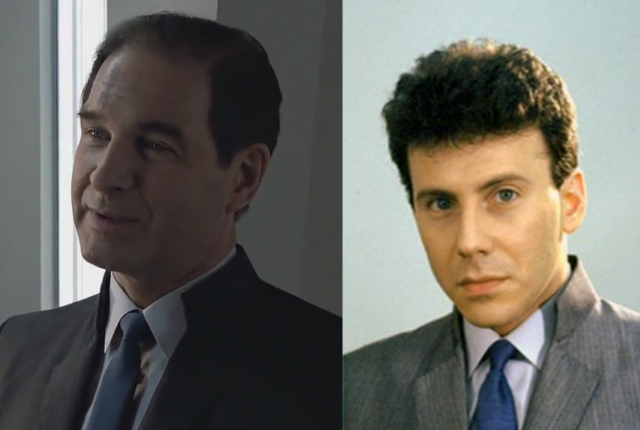 While we’re on the subject of Carter Burke, his motivation? Profit. As it turns out, Xenomorphs have all sorts of applications, and not just in the CacklinglyEvilCorp section of Wey-Yu that is the Bioeweapons division. Wey-Yu, as a whole, isn’t really the villain, so much as an element of an otherwise normal, if penny pinching and exploitative corporation.

Alien 3, of course, throws large portions of that out the window. We never even see Wey-Yu as an organisation, except, of course, the CacklinglyEvilCorp portion toward the end. Even the folks who attract the Bioweapons crowd by alerting them to Ripley’s presence aren’t doing it because they’re cacklingly evil. They’re doing it because a) They consider Ripley a disruptive influence , and b) There’s a reward.

So… Wey-Yu: Not as cacklingly evil as you’d think. But what about OCP?

OCP are an interesting one, because they’re inept, and that’s where the dystopia comes from. They own the police, and their main reason for RoboCop programmes? Again, penny pinching. Their reason for putting all those dumb rules in RoboCop’s brain? Because what he was doing up to that point was considered Bad PR. Y’know, something an actual company would care about. But it’s not until the series hits its nadir that they relentlessly pursue and antagonise. RoboCops 1 and 2, they are, yes, an Evil Corporation. But they act in a very corporate fashion, which is why the parody works so well with them. 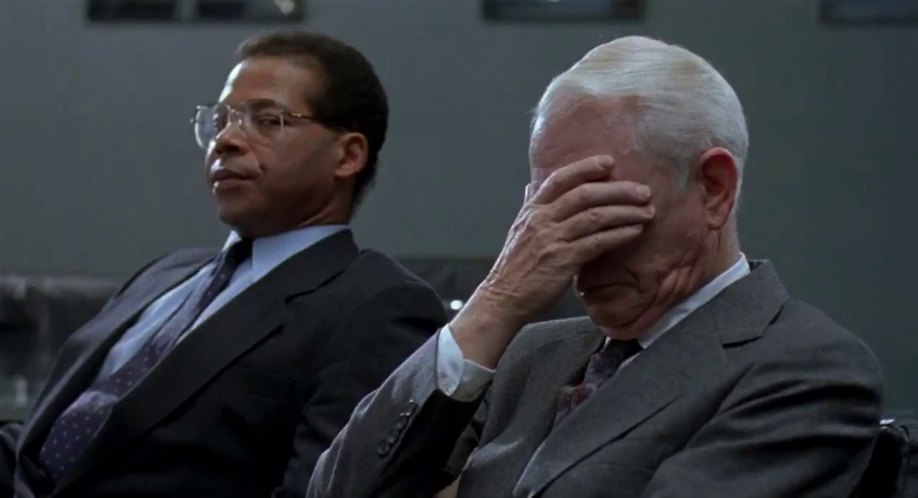 The head of OCP, wondering what the hell his HR department actually *does* all day.

First up, way back when, the Eugenics Wars happened. This was apparently some attempt at creating Post-Humans that went horribly wrong.

Then we get the Groomlake. From the beginning, it’s involved in human trafficking and experimentation, and cloning. The head of the ship, Dr. Malan, seems to think he can do Post-Humans better than whatever idiots tried way back when, and hires as his top research staff some highly questionable folks, including a drug addicted serial killing doctor. Because, y’know, nobody bats an eyelid at such things.

The good doctor then encourages his other staff to do incredibly stupid things, including letting the serial killing doctor indulge his hobby, and mulch the experiments, which then turns into a semi-sentient fungus because reasons. This, in turn, affects the mass cloning (Which is at least partially using Dr. Malan’s hybrid babies, created by forced impregnation), and hydroponics, affecting some bees so one turns into a supermutant. Oh, and experimenting on employees, which often kills them.

He also cures and keeps hold of the protagonists’ daughter, for reasons. 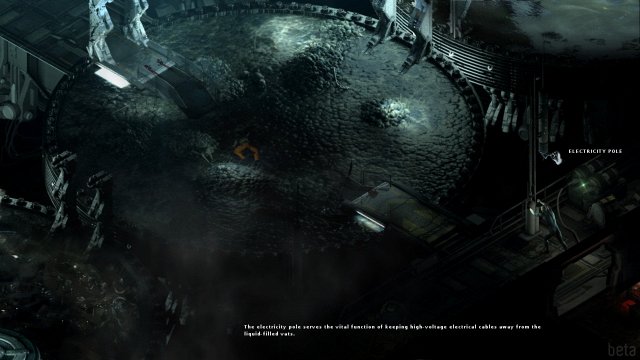 Welp. I’m sure this will turn a profit for the Cayne Corporation, no two ways about it!

Nobody bats an eyelid at Cayne Corporation. Except to send a spy who will hopefully steal Dr. Malan’s research, in the name of profit.

The clones and hybrids start wearing people’s skin and taking their Personal Data Tags (Which are grafted to their spines because reasons), so as to get around the ship to murder people. The fungus starts mind controlling everyone. A nurse realises they’re involved in human trafficking, tries to get a family off ship, and is shot.

Nobody bats an eyelid. Sometime during this, the protagonist’s wife has been put into Dr. Malan’s programme. You remember, the one about trying to breed post humans, forcibly. Because reasons.

John (J) Maracheck, living Aliens reference and punching bag of Stasis, is one of the few survivors, along with Dr. Malan, Te’Ah the corporate spy, and John’s small child, who is still being cared for by Dr. Malan because reasons. After witnessing the after-effects of Dr. Malan’s fuckery, having to do horrifying things, he confronts Dr. Malan. Who then kills the child he’d been taking care of and cured, right in front of her dad, because reasons. Then everyone dies.

How much of this, do you think, could the Cayne Corporation actually call a profit on, even assuming their sole motive is profit? At what point, do you think, did anyone on any corporate board ever think “Yes, this is a good investment, and will surely not be a sinkhole of money and death?”

No, it’s villainy for the sake of villainy, stupidity pretending to be smart, and at least two fridgings because let’s hurt this guy who, against a corporation, probably wouldn’t matter in the god-damn slightest.

Meanwhile, a second game featuring the Cayne Corporation is in the works. I don’t have terribly high hopes, especially after seeing this screenshot. 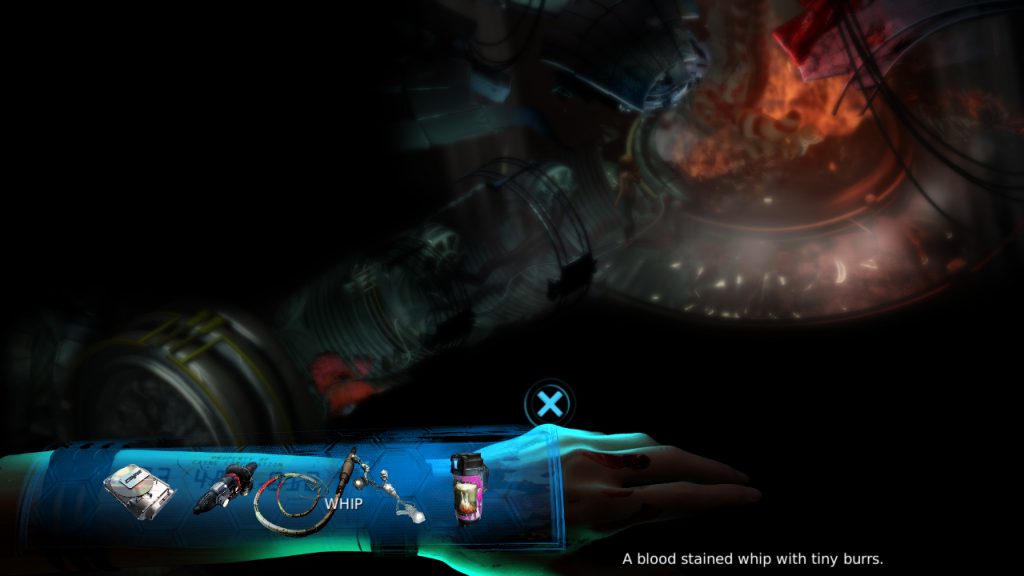 Ohhh boy. I can’t wait to see how what looks like a neural whip is explained… *sigh*

Yeaaaaaahhhh… Because that makes all the fucking sense. Periodic reminder: The setpieces are in the writing, not the writing being around the setpieces. Forget this, and you have setpieces that end up being “because reasons”, and large swathes of your plot being the same.