Games like Boss 101, at times, make me think very uncharitably. Not necessarily because the game is bad, but because there’s so much surrounding that game, so many things, and these things seem so much like padding that… Well, uncharitable thoughts that they are padding makes me think less of the core. 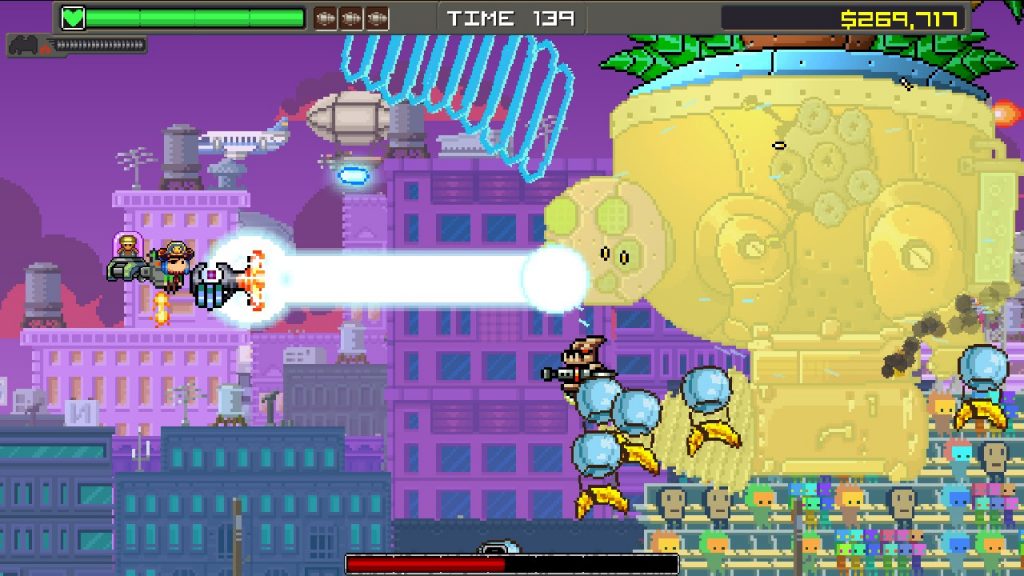 See, this is good and fine. It’s also an early level, and a boss that doesn’t have the nastier surprises, but… Good, fine, works.

Make no mistake, the core of Boss 101 is simple and straightforward. Make a boss. You can make it weak to your weapons, or not, remake as many times as you like, get into the level, and… Fight a boss. That you rolled. In a strict time limit. That’s the core, and it works. It’s not great, as some enemy attacks can best be described with a tired sigh and “Really? Really?” (Lightning weapons automatically home in, so it’s a case of stay far away, and there are massive lasers on some bosses that… Well, odds are very, very high you’re going to get hit) , but, overall, it’s simple, it works, and there are attacks that are interesting. Also, y’know, minions.

Thing is, it’s not just the core though, is it? NEW NEW NEW NEW splatters the screen until you’ve explored everything, and even then, occasionally, you’ll come back to your Command floor (one of something like six) to find a cluster of NEW THINGS LOOK AT THE NEW THINGS. There’s an arcade, three or four different ways plot happens, a kite mode where the two main characters (a boy and his jetpack) charmingly muse on life, Peanuts or Calvin and Hobbes style. There are many, many costumes and guns, all of which will cost money, and you can get that money, for that, and upgrades, and the like, by fighting bosses, but also did you know that there are secret Gophers, and if you get them all, something happens, and an ultimate gun for filling out the things, and pets (one of which has a theme song that plays once and you’ll never see it again)? 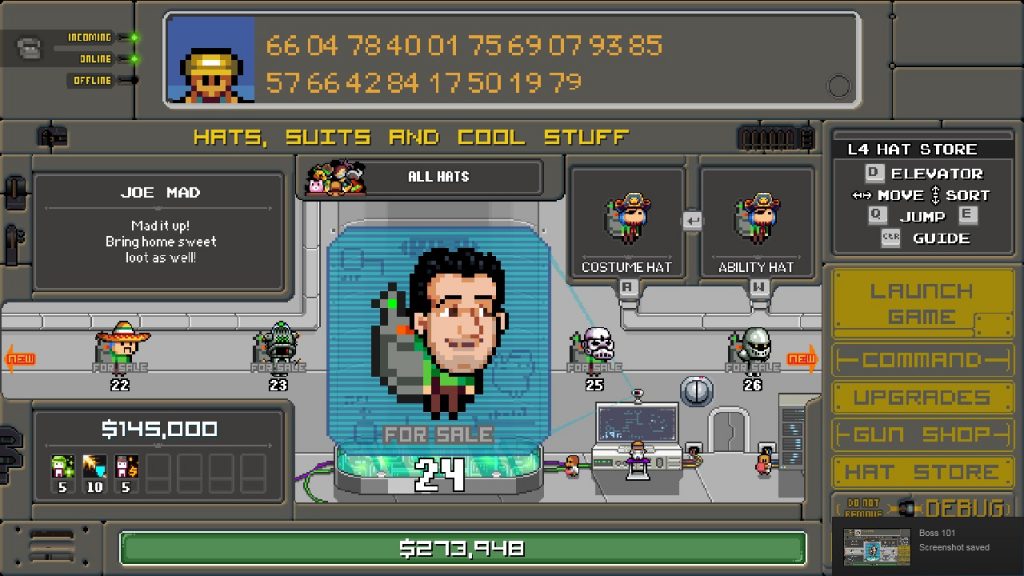 Pictured: A cool costume based on Joe Madrueira. Not pictured: So many other costumes. Soooo… Sooo many.

It’s busy, and while I can tell it’s designed to draw me in, give me lots and lots of reasons to play and come back and fight those boss levels with bosses I make before Boss 101, the titular bureacrat robot who… Oh, did I mention there’s plot, three different varieties, with several threads?

What I’m saying here is that it doesn’t draw me in. In fact, it does quite the opposite. This is something I may play for short periods, trying to get a high score in the three classic arcade games (based on Breakout, Tank-Battle (Which was always bullshit, even back in the day), and Wizard of Wor), or seeing what a new gun is like… This isn’t a game I want to spend a lot of time in, because its very busy-ness, the clutter, has me repelled. Essentially, this game has a content warning for overstimulation, and, as I’ve noted, I’m fully aware that it’s this, not the boss fights themselves (Which start eh, but can get interesting pretty quick if you roll, say, the flamethrowing stone head as a part, which is nerve wracking on its own) that’s discouraging me from play, making me think uncharitably. I don’t actually want those fifty billion costumes. I appreciate they let me pick one for its cosmetics, and one for the actual, in-game effect, but they’re pretty numbers, for the most part, and each takes a lot of dough, a lot of replay, that, funnily enough, the vast number of “features” in the game actively turns me away from. 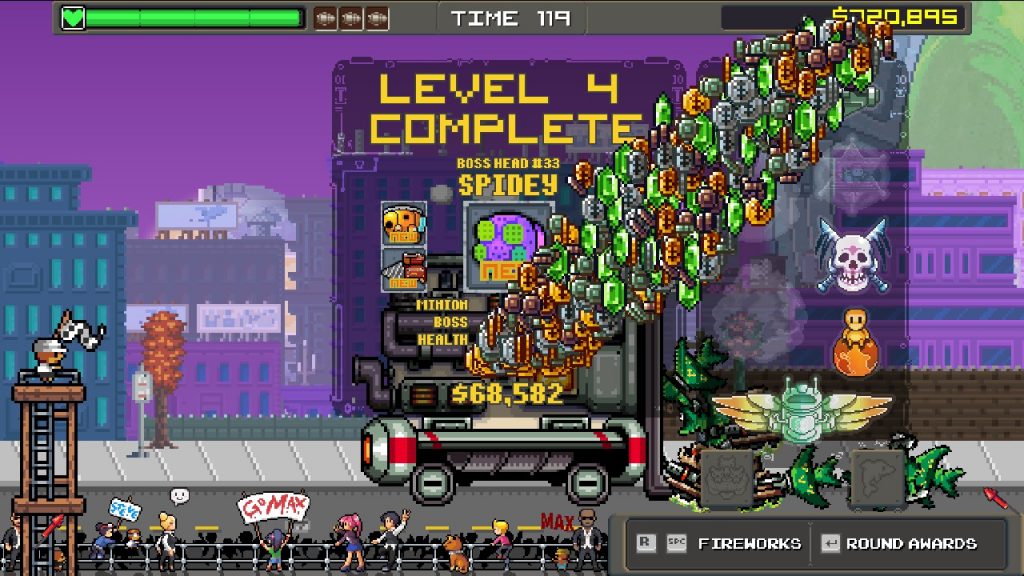 There’s a metaphor in here somewhere. I’m sure of it.

Maybe you’ll have a better time of it. Maybe you’ll be delighted by the silly, multithreaded story about a boy, his jetpack, and making a cool video for his hospitalised, skateboarding brother while sticking it to the Robotic Man. Maybe you’ll be encouraged to get all the cheevos, the pets, the guns.

Me… I’m backing away. None of it costs money, but I’m still backing away, because there is such a thing as too much, and I’ve finally found that.

To give readers some idea, The Mad Welshman has a headache just thinking about the costume shop. On sale, quest, owned, five costumes all with the same ability set, 1,800,000 points each… Aaaaaaaaaaa!