Aragami is perhaps the first game I’ve come across in my reviewing career to openly baffle me with its design decisions. This, unfortunately, is not a recommendation for it, except as an education to other game designers. Let’s unpack that, and talk about why Aragami is so baffling to me. 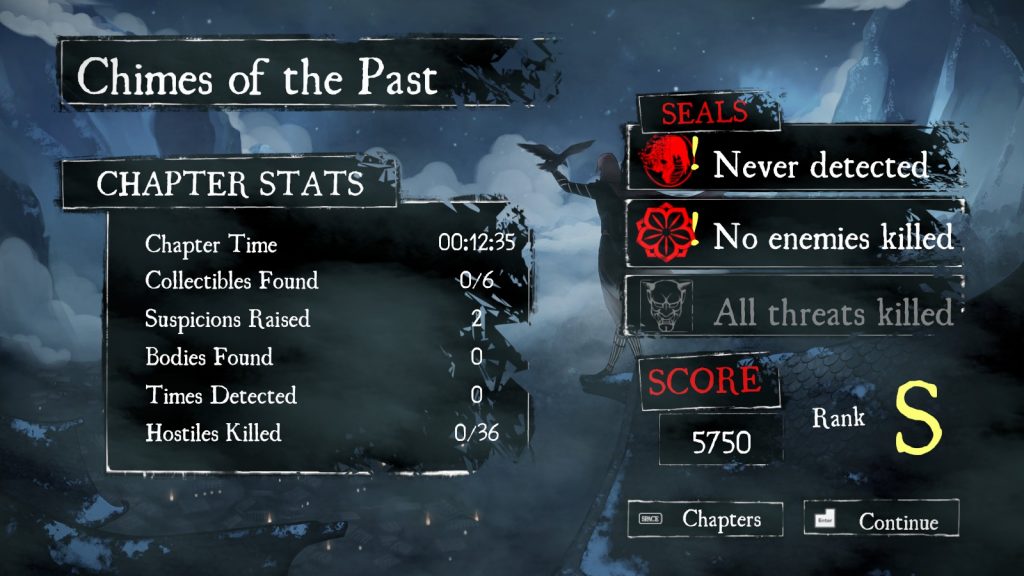 For reasons which will become clear, this is emblematic of the game itself.

At the core of the problem is the single save/checkpoint system that Aragami has. Done well, you can still have a single save system with skill respeccing and different play paths, but Aragami… Well, beyond deleting my save data, I had no means of resetting my skill spec, or ungaining the abilities I’d unlocked in later chapters, so… That would imply the game has a score attack element, right?

Wrong. Because of the way the checkpointing works. Nothing counts, score-wise, until you’ve actually hit the next checkpoint. Combine that with another problem (The extremely thin line between “Alerted”, and “Dead.” There aren’t any enemies, even in the early game, that can’t kill you from at least short to medium range.), and you end up with… Being able to S-Rank any level, perfect Stealth or Kill Everything, because if you don’t do it perfectly, odds are pretty high you’re going to die, and none of your cockups count due to the checkpointing system. In fact, it’s better for your score to die and restart a checkpoint (Some of which are placed a fairly long way away), than to accept an alert. So… That “-500 Alerted” feels… Superfluous, as a result.

The only way to not S-Rank a level, it seems, is to be inconsistent in your approach. Is the game aiming for replayability? Well… 2 runs, one for perfect stealth, and one for killing everybody and looting the map of skill scrolls, aaaand… You’re pretty much done. 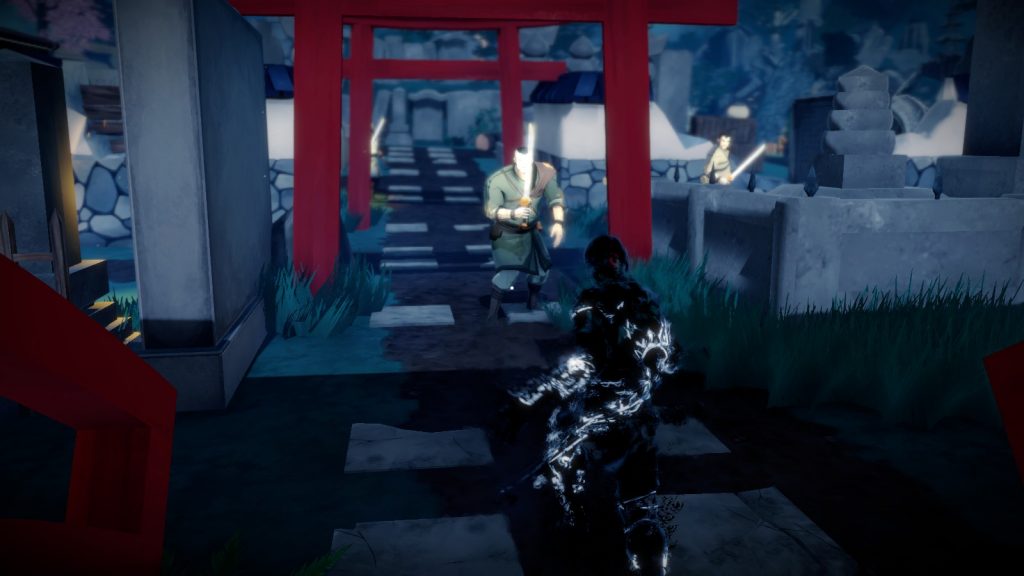 Although it isn’t clear, this is about 1.5 seconds after being spotted, and 0.5 after being killed by a wave of light from that guy’s sword.

Now, one thing that the game has been criticised for is that there is no option but to use your powers to solve a level. You can’t jump, you can’t climb. Funnily enough, though, that isn’t really the problem for me. The problem for me with powers is that… Well, most of them feel decidedly unnecessary. See enemies and their cone of vision through walls? Not really a lot of situations that’s useful for, because it’s actually easier to just get spotted, die, and remember the position in future. A shadow mine? Sure, if enemies bunch up. But most of the time, unless they’re alerted… They don’t, and it leaves a lot of bodies, which… Alerts everyone once they’re found. Again, it’s easier to just kill, then use a cheaper power (Shadow Vanish) to remove the body. The only time that doesn’t work is when they either die or ragdoll after death into a brightly lit area, and there’s a nice, cheap fix for that too: Lure them with a bell (Unlocked in Chapter 3, then usable in all levels), teleport behind them after they enter a shadowy area, kill, vanish them.

That’s why it feels shallow to me: You have interesting tools, but their extremely situational use, combined with the extra busywork involved in replenishing their limited uses (Two uses of a special ability, then you have to find a shrine somewhere on the level… And, of course, shrines aren’t present in the first two levels) means that I’m disincentivised from using them. Similarly, before I unlock Shadow Vanish, an all murder run is tense and, in point of fact, pretty damn difficult. After I unlock it? It’s mostly making sure I’m not spotted or heard while murdering my way through a level. 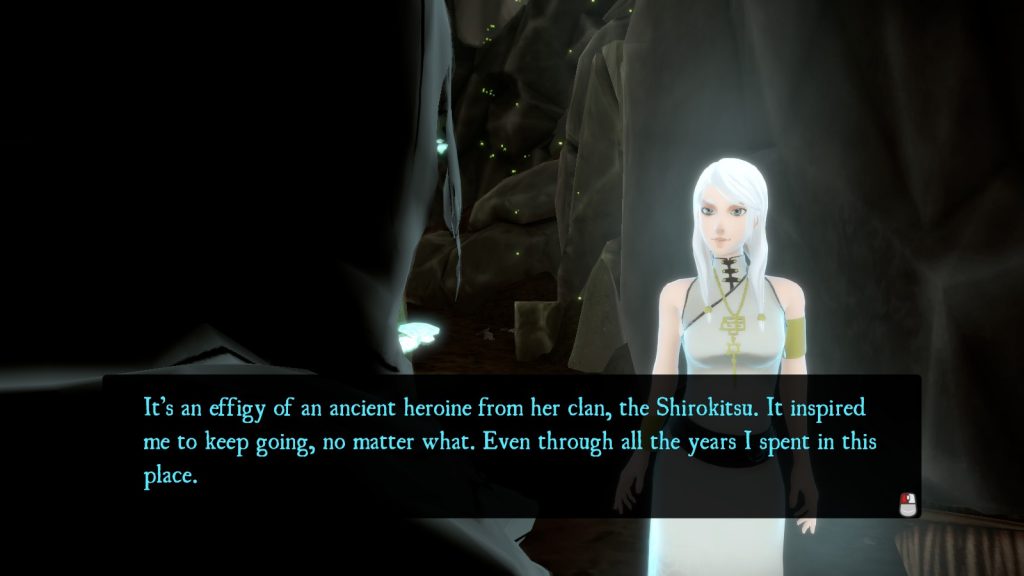 Yamiko , whose name could be translated as “Come Darkness.” Aragami, similarly, roughly translates to “Violent Spirit”

This is pretty much a damn shame, because the game is visually appealing, and the spanish developers, Linceworks, have clearly put some effort into both their writing and research. But when most of your abilities feel like distractions rather than tools in the toolbox, there’s this strange disincentive to using a lot of them seemingly baked into the design, and completing levels feels more like recording a segmented speed-run than a fluid gameplay experience, not even these nice little touches, the lovely cel-shading and the japanese voice acting, can make this feel joyful rather than dutiful.

Give it a go if you want to see stealth experimented with, but go in aware that the experiment… Wasn’t exactly a huge success in my opinion.

The Mad Welshman gets around that whole silly Shadows Killed By Light thing by wearing white suits. You’d be amazed how often that works.