A Brief History of Adult-Only Games

This article mentions nonconsensual sex, incest, bestiality, lolicon and shotacon, and a fair few other kinks.

Since TMW has opened its doors to critically examine what could be called lewdgames, adult-only games, or NSFW games, it’s somewhat important to give context, because it helps to understand why these games are the way they are now. But first, a brief definition: This is, specifically, about games with sex as a core, or heavily involved, not merely nudity (Although nudity in games will receive mentions.) With that noted, let us begin with –

The West – A Poor Start 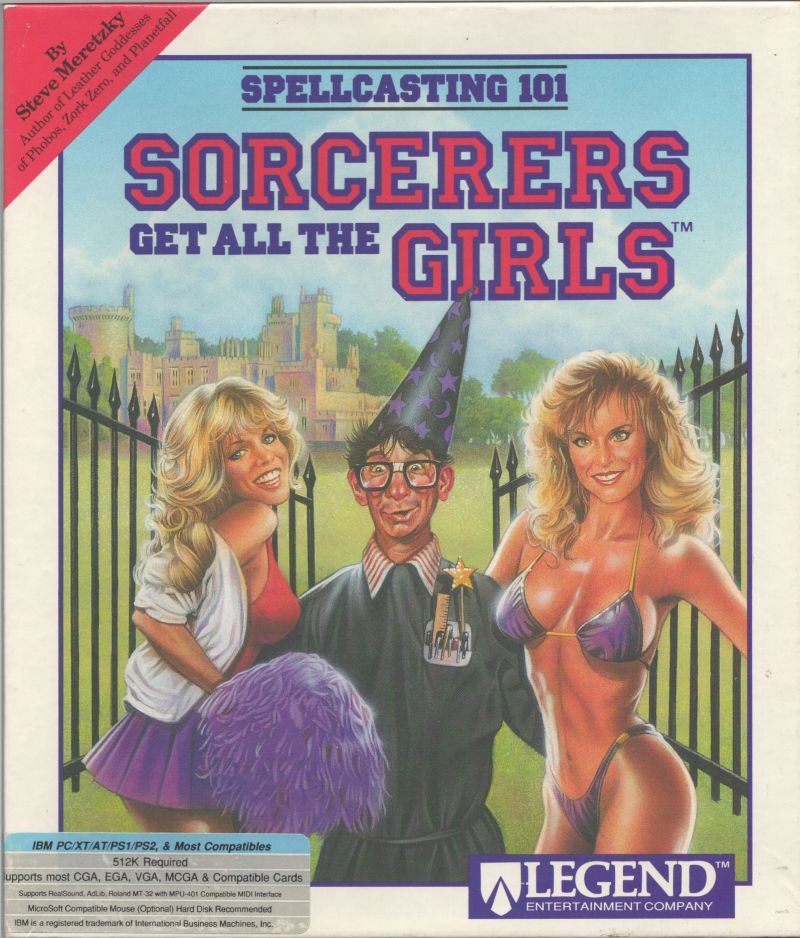 You didn’t really think I’d subject you to the shitshow that is Custer’s Revenge, did you?

Lewdgames in the West have, for the most part, followed the patterns of Japanese development, and a big part of this can be put down to how, in terms of popular reception, the early lewdgame scene largely (but not entirely) killed itself. While the first known erotic game (Softporn Adventure, Sierra, 1981) was “romantic comedy”, albeit in the same sense that the Leisure Suit Larry or Spellcasting series are (So… Mileage extremely variable in terms of the comedy aspect, sex mostly of the “Ooh-er!” type), 1982 brought a small company called Mystique, who single handedly created one of the first video-game controversies with their unlicensed Atari 2600 games: Beat-em-and-Eat-em, Bachelor Party, and… Custer’s Revenge, perhaps one of the earliest examples of “Tick every attention grabbing shittybox” known in games.

Colonialism, nonconsensual sex, poor design… It didn’t help that Mystique went out of business after only those three games. The damage had, in a public-opinion sense, already been done. And so, from that point until relatively recently, while there have been a lot of games with sex in them, games where it is a core were largely non-games, such as the MANDY.COM series (a set of compressed GIFs from pornographic movies of the period, given a short “story”), endless rounds of strip-poker (Although some, such as Teenage Queen, subverted this to a small extent), or interactive-fiction.

This did change, although it’s tough to pinpoint the year, but, as noted, from this point forward, lewdgames have mostly been following the beat of Japanese trends. So… Let’s see what Japan had been doing in the time between, say, 1981 and 1992. 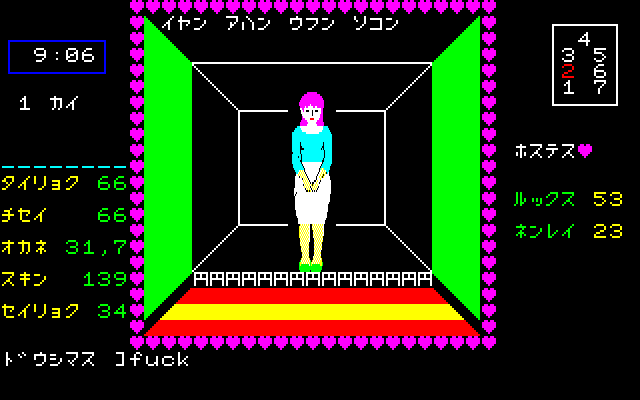 This could also be an example of the increasingly bizarre attempts at justifying the insertion of sex into these games. Condom Salesman is, by comparison to “The entire land is cursed with sex battles instead of traditional fights”, a tame justification…

Although attitudes, censorship models, and the like have changed over the years, it is no exaggeration to say that several core elements of lewdgames have come from developments in the Japanese scene. While a slightly slower start (The first credited erotic game in Japan, Night Life, is more like an edutainment product), 1983 was the year where things kicked off in Japan, with Danchi-Zuma no Yuuwaku (Translated: Seduction of the Condominium Wives.) A Wizardry style, step based RPG with punishing difficulty, where you are a condom salesman who encourages the various condominium wives to “test the product.” There is no explicity nudity, but a sex “minigame” (not terribly well understood) exists, and the majority of the interactions with the aforementioned condominium dwellers are meant to lead to this state.

Speeding To The Modern Day 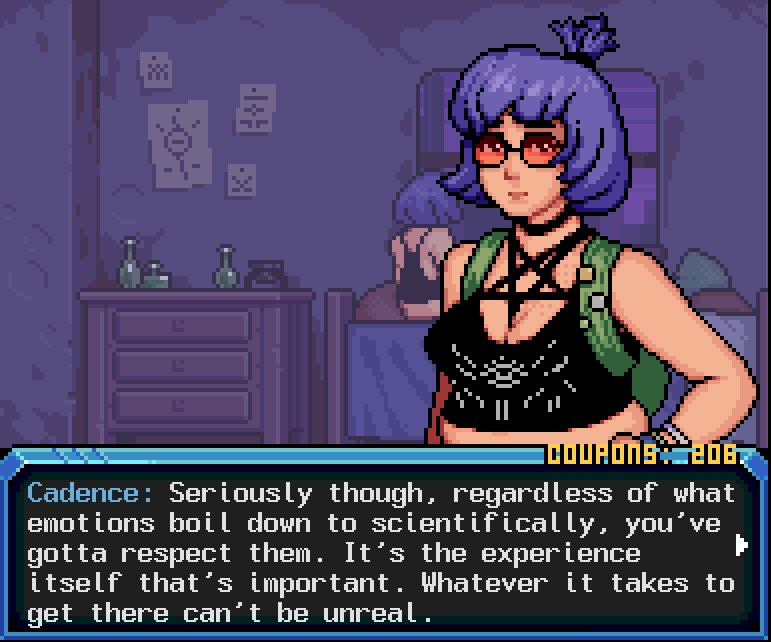 Fortunae Virgo’s Hardcoded, in development, is one of those examples of things slowly improving. I believe the technical term for this subgenre is “That Good Gay Shit”

And so, from the 90s, this pattern remained largely unchanged. The majority of games with sex as a core to its gameplay had remained developed in Japan, although imports were moderately common. One of my own first experiences was with Nocturnal Illusion, a “horror” visual novel released in 1995. Some BDSM, some Yuri, but more of a romance deal than games that even released around the same time… The next year would, for example, see Shizuako, a game with heavy nonconsensual emphasis, and three years would see Divi-Dead, a game which, again, ticks a lot of those shock-boxes: Nonconsent, tentacles, death…

In the West, it wouldn’t really be until the mid 90s, with the creation of Newgrounds, that games heavily featuring sexual consent would appear, and a lot of these… Follow the trends of Japanese lewdgame development. Sometimes a fan-game, using an established character. Sometimes using elements from visual novels or dating sims. And… A fair amount of nonconsensual elements.

Not the most promising sounding history… But things are somewhat changing. With development having become more accessible, with Twine, Ren’Py, Flash, and Unity, and jams, developers from all over are finally trying their hand at adult-only content, and some are striking out in new directions. This, combined with Steam’s “uncensoring”, the creation of lewdgame platforms like Nutaku (previously Kimochi), and jams like Lewdjam or Strawberry Jam on Itch.IO, is bringing more attention to adult-only content, is, effectively, bringing adult-only games out of the shadowy corners of games, and into mainstream, critical attention. Although the majority of content remains… Awkward, in one sense or another.

In the next article, we’ll be talking about that critical minefield that awaits the games writer…

Filed under: Adult Only Games by admin