But is it a good game? It’s an okay game. More importantly, it’s a fairly relaxing game, and I’m 100% down for that. So let’s talk about some things. 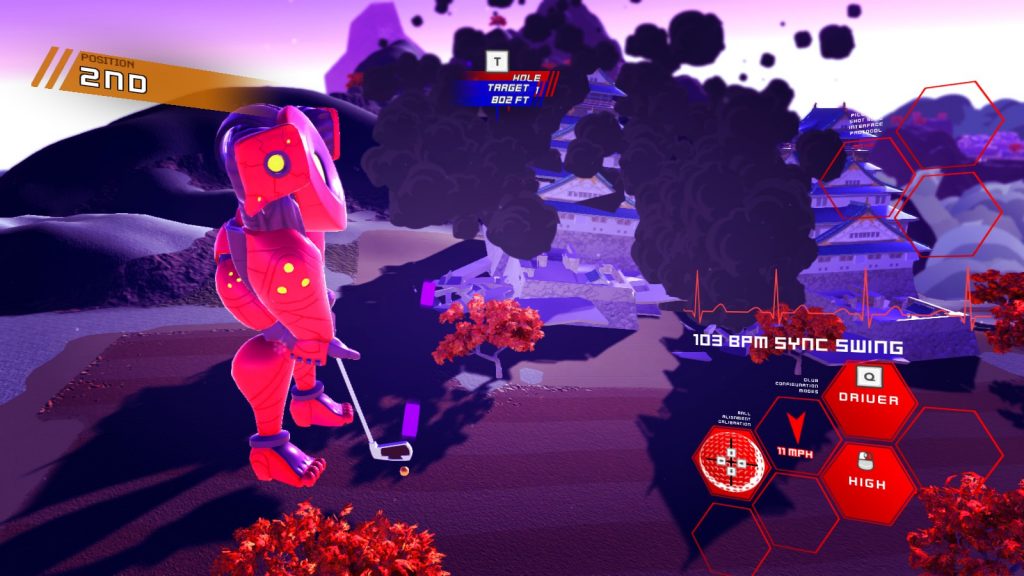 Let’s start with how the mechanics interact in ways that seem counter to conventional wisdom. Yes, you have special weapons. But odds are high you’re not going to be affecting the other players with them. No, your weapons are best for blowing up buildings that are in your way, and thus clearing up a shot that otherwise would have slowed you down. There is no turn taking, and it’s effectively a race to the finish line, but if you’re even halfway good at golf games, quickly lining up swings should be no problem, even with the fact that each type of mech has a different system that effectively amounts to “How accurate was this shot?” And dickery such as the Kuvo maneuver, where you block the ball with your giant metal body, is perfectly acceptable so long as you have the skill to pull it off.

So the game isn’t complicated, and it isn’t as bloodthirsty as you’d think. Similarly, the story is a lighthearted riffing on the silliest parts of 90s anime: Max and Vahnija, one of whom is a failed golfing host (Because Robot Golf blew up the moon), and one of whom now owns Robot Golfing (despite not being that good a Robot Golfer) organise a new tournament, bringing talent both old and new, while they have… A NEFARIOUS PLAN, AHAHAHAAAA (Ehehehehee!)! Meanwhile, the NGDL , led by Panzato and Dando, are finally ready to enact… Project C. Project C are good dogs, yes they are, they’re such good dogs, gooood dogs. It’s dumb, it’s deliberately hammy, and it somehow still makes a sort of sense despite being deliberately written how 90s anime is often perceived (A mess of threads that somehow clash together for a BIG FINISH.) 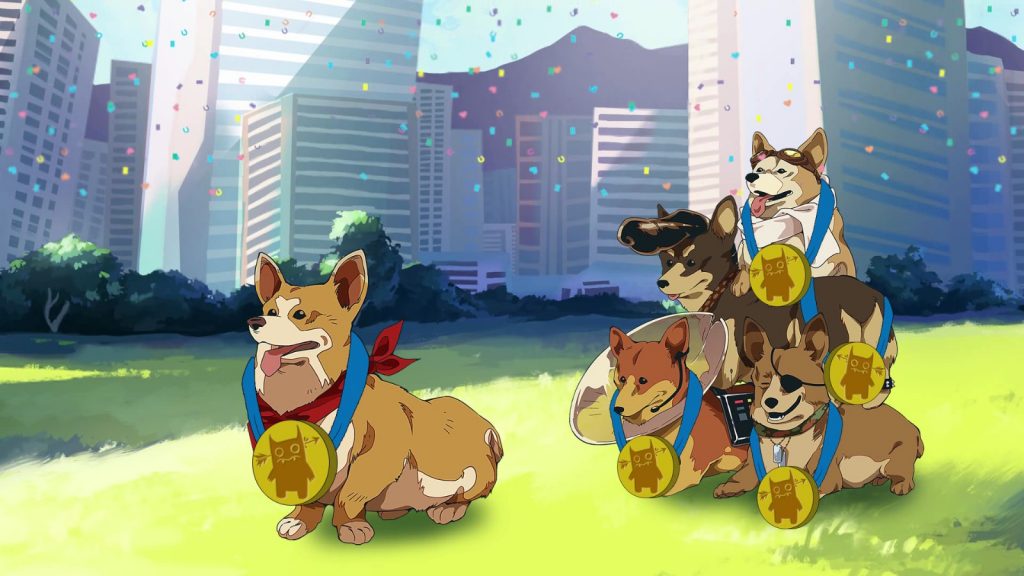 The thing is, I could go on for a very long time about things like the visual design (Slightly janky, but charming), the sound design and voicework that went into this game (Deliberately, as before, aimed at that 90s Anime aesthetic, while also being aimed at parodying how golf commentary struggles to be exciting), and how little touches like how even the quickplay versus mode has little anime style “LAST EPISODE” blurbs add that touch more charm, but in the end, you’re either going to love it or hate it. The campaign takes something like 3 or 4 hours to complete (true ending and all), and, after that, it’s unlocking skins, playing with friends, and maybe replaying for the plot, and you know what?

I am A-okay with that. You might not be, and I respect that. But 100 Ft Robot Golf, to me, is a relaxing, relatively nonviolent time despite, y’know, explosions and buildings being destroyed, and it has a charm that I can’t help but like. 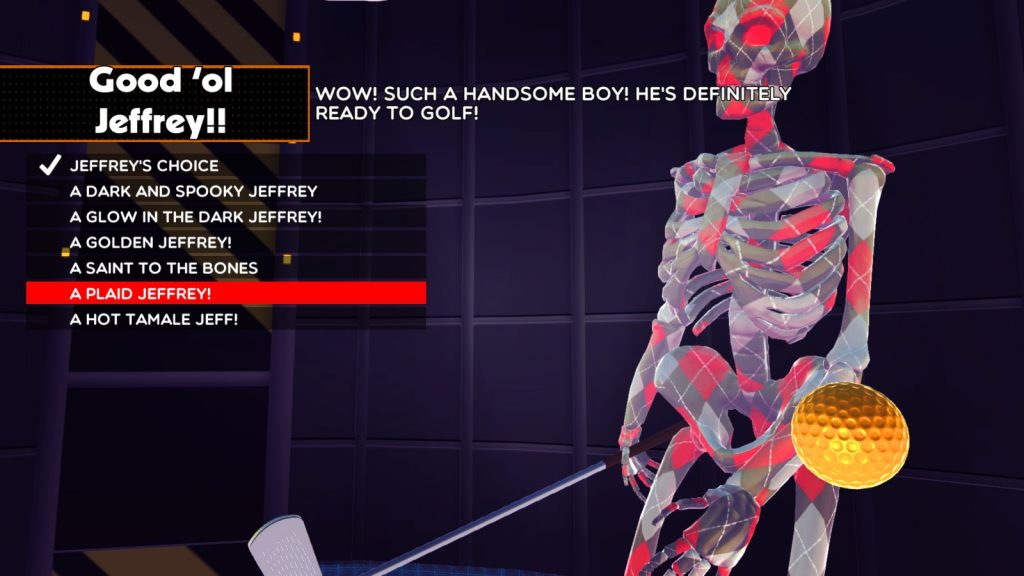 Even the customisation has some small charm to it. Remember, Support Esports!