Source: Cashmoneys
Price: £9.29
Where To Get It: Steam
Version Reviewed: 8/8 Update.
Other Reviews: Release 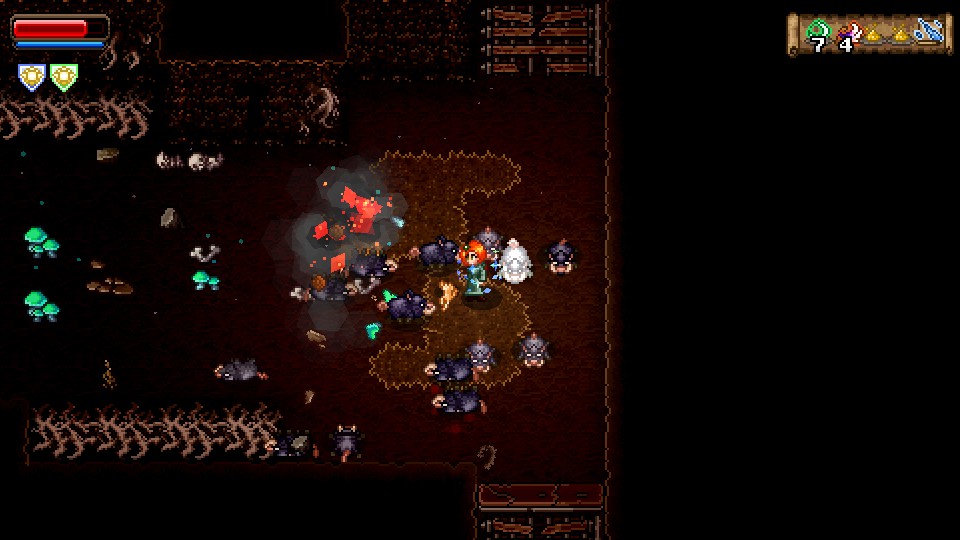 Swarmed by boars. Cause for concern? Well… Not really.

Enemies, in Wayward Souls, are either light speedbumps, or lethal terrors… And there’s no real in-between to the two. Bats? Well, they’ll hurt you if you’re inattentive, sure. But that’s usually because you’re worrying more about the five fellers throwing rocks and pickaxes, or the big crushy robots that only die when they charge into a wall twice. But pickaxe wielders are never really a problem on their own, despite their aiming. Rock fellers lose most of their threat once they switch to melee mode… Even within enemy types, there are states where the challenge swiftly moves from “Will most likely get hurt if I tangle with this (and I have to, because I’m locked in with it)” to “Will only catch me unawares if I’m literally asleep.”

The problem being that this feeling of the seemingly arbitrary bleeds over into other areas. Why are some areas of the mine, the first dungeon’s major locale, almost unreadably dark, while others are brightly lit enough that everything is clear? Unknown. Why do I feel absolutely nothing about spending a ramping amount on what may end up 16% crit chance (1,2,4,8,16), and may end up a measly, overexpensive 5% (1,2,3,4,5)? Well, the clue there is that both numbers aren’t exactly big, and spending money on an individual character is an investment you maybe want to feel something about (In the majority of cases, I don’t.) Why was switching healing at the end of the level with, er… Finding a healing fountain you can use once per level considered a change, rather than a restatement of “You only get one heal per level of the dungeon?” I don’t know. All I know is how I feel about them, and I don’t particularly feel great. 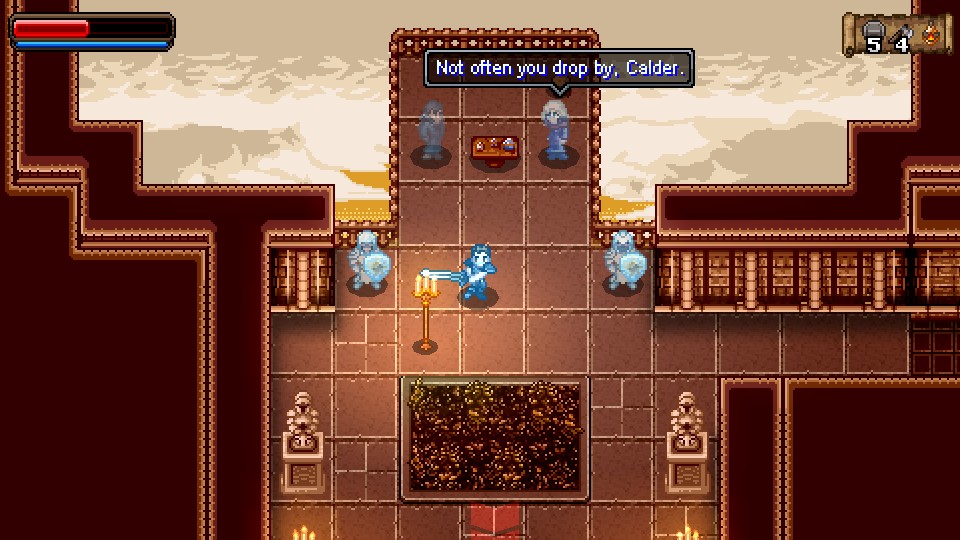 Sometimes, there will be ghosts. Who have somewhat interesting things to say.

Thing is, Wayward Souls has some good ideas hidden in the murk of this oddly arbitrary feeling balance. Splitting up dungeons is good. Having different stories for the different characters (some of whom are unlocked via progress), giving different perspectives… That’s good. Being able to pick your playstyle, to a certain extent, with characters… That’s good. And some of the enemy designs are, to be fair, very nice, the music is nice, and the sound works well… Heck, it even has the nice touch that your grave messages can be seen by friends (or people with the friend code), and you can leave gifts with those grave messages. That’s a genuinely nice touch…

…But, at the present time, the core of the game, the fighting of enemies, feels not so much like a gradation, slowly moving upwards, but a chaotic jumble of the easy and the rough, slapped together. I have more trouble with levels than I do the bosses, and even that isn’t a hard and fast rule, and that… That just feels wrong.

Maybe Wayward Souls will improve. But right now, the enemies feel oddly inconsistent, the early levels feel muddy, and the interesting ideas the game is presenting just aren’t saving it. 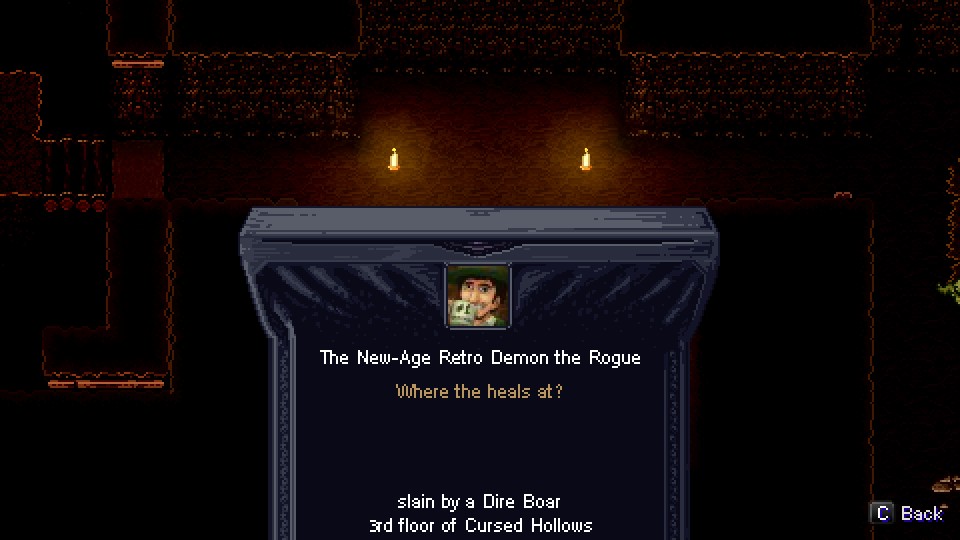 On the one hand, an amusing message from a bud is its own reward. On the other, the protection buff definitely didn’t hurt either.

The Mad Welshman reminds developers: Do not throw the baby out with the bathwater, and always consider interesting ideas when you see them.