Source: Supporter Gift
Price: £4.79
Where To Get It: Steam

The Miskatonic, to get the things that turn some folks off right now, is a no-choice visual novel (click the right things to proceed, click everything else for more world/dialogue) with some body horror NSFW, and a lewd adjacent tone for most of its Post-Lovecraftian shenanigans (That’s a nice term, thanks RPS.) It takes about 2 hours to play through. 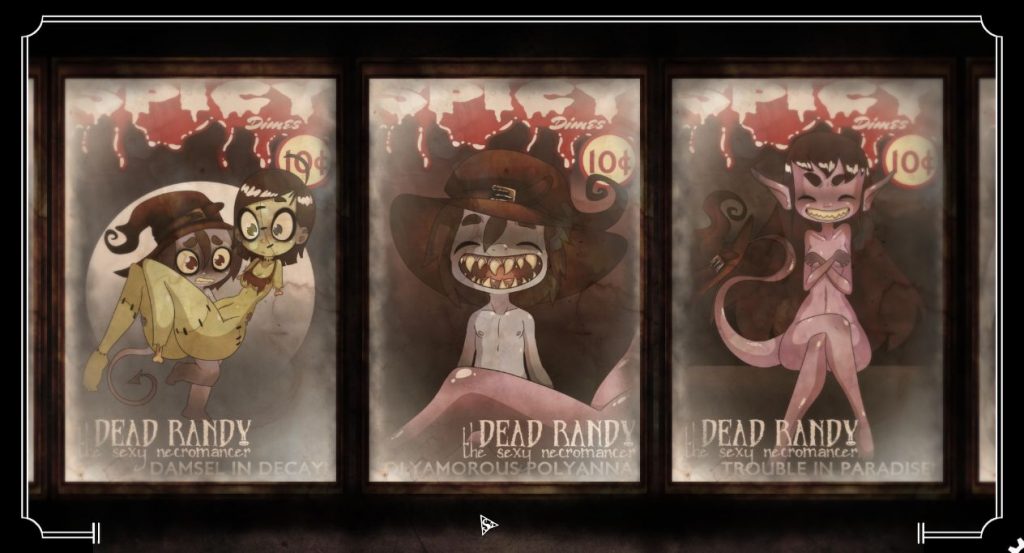 I don’t know *where* I got the idea it might be lewd-adjacent for a lot of it. Not. A. Clue.

Okay, has everyone who’s turned off by that gone?

The Miskatonic is an interesting visual novel, built in TyranoBuilder, because of all the subtle messaging we’ve got going on here. “Oh hey, wouldn’t it be nice if everyone was nice, let’s be nice and try to make the world nicer.” is the core philosophy of the main character. People who have been mutated in this strange, Miskatonic world aren’t irreperably disabled by it, but are folks who… Well, just get on with their lives, and are still people. There’s even some not-very subtle lewd adjacency and QUILTBAG+ imagery. And, at a certain point, it points out that when people reach extremes of an ideology, they become gatekeepy assholes. It tries to create a world, in the relatively short time available to it, that has not only met the Great Old Ones, but just… Dealt with it, and moved on.

And then it makes a lot of the characters I previously empathised with douchebags, who had been working with the folks I already thought were douchebags, or just plain creepy. I could probably, given a while, a decent headspace, and a 2000+ wordcount, write quite a bit about… A 2 hour visual novel. 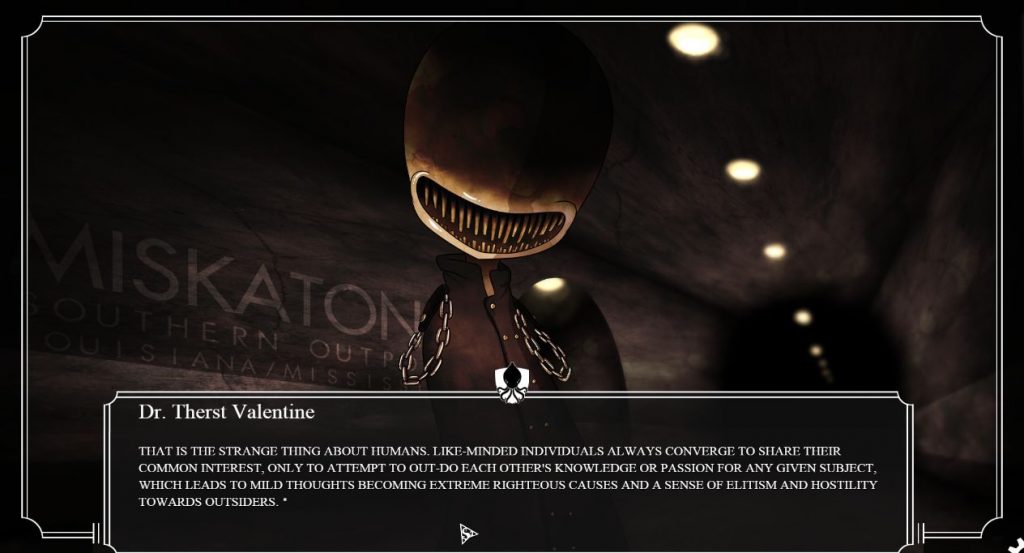 To have an eldritch horror have to tell you this is probably a galling experience, I would imagine.

But, in a way, this is precisely the problem I face with The Miskatonic. It packs a lot into a little, and it leaves the critical brain a little frazzled, because not everything works together (Although enough does that it makes for an interesting narrative.) It’s flirty until it takes a left turn into horrortown. It’s pretty inclusive in messaging, but the majority of the characters are caucasian (When they’re not a plant-being, or a tiny adorable avatar of Yog Sothoth, or a person whose head entirely consists of craters), and wheee that’s a lot of breastage implied there!

What I guess I’m trying to say here is that it works… Overall… But definitely isn’t perfect, and the tonal whiplash doesn’t so much shock, as feel… A little off. Text could use the accessibility option of being larger (Although, not having TyranoBuilder, I’m uncertain how that would be applied.), musically and visually it fits together with its themes and mood, and as such, while I would overall recommend it as an interesting piece of writing (and a good example of relatively well proportioned, thirsty artwork that also manages to, with one exception that’s jarringly deliberate, normalise the body horror elements), I would maybe suggest to the developers they look to add a few accessibility options if that’s at all possible. 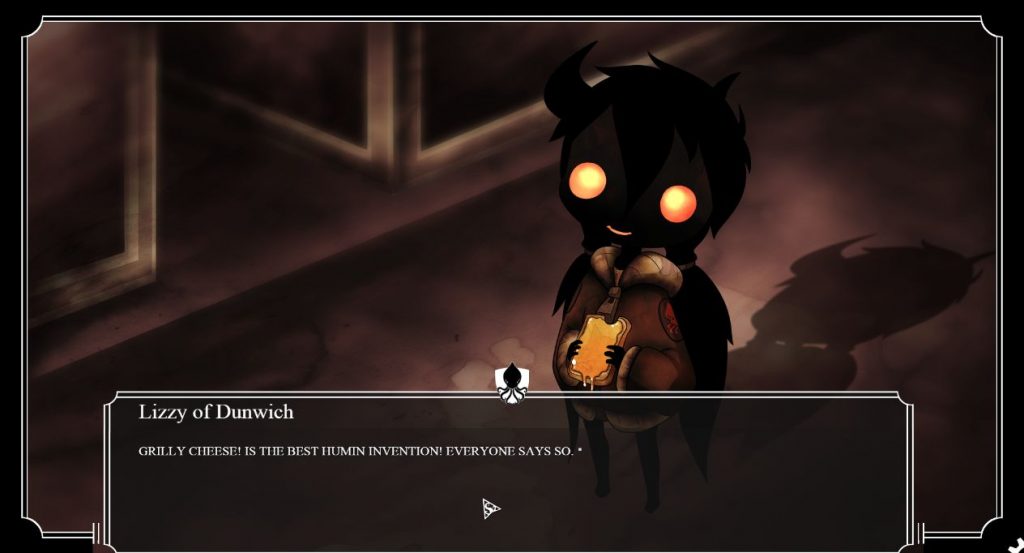 The supersonic squeal at the cuteness (and probably Welshness) of this Avatar of Yog-Sothoth broke seventeen windows. Kindly support TMW to pay the bill for that, it wasn’t my fault!

The Mad Welshman sounds confused today because his brain got hit by Shoggoth matter. Moreso than the baseline amount, anyway.