Slipstream is a bit of an odd duck, because your enjoyment of it depends on your mastery of precisely one thing: Releasing acceleration very briefly, tapping the brake and a direction, and then quickly holding accelerate back down so as not to lose much speed. 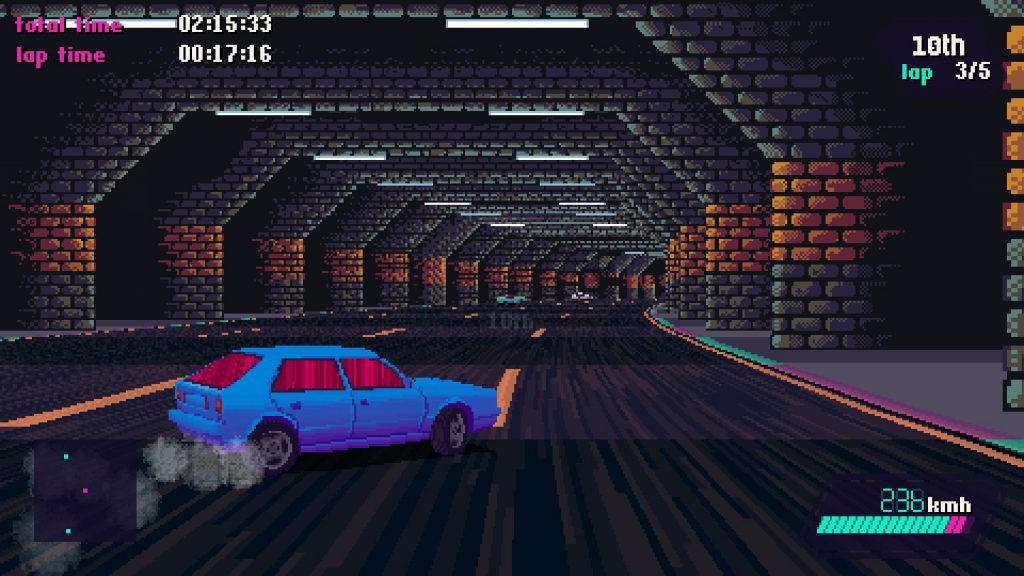 Be it in cities, in tournaments, or just going for a ride, drifting is the majority of what you’ll do here.

Welcome, in short, to an arcade racer where drifting, drifting all the time, drifting then suddenly shifting direction to drift the other way, is king, queen, and probably most of the hierarchy. In fact, I can pretty much guarantee you that not drifting will lose you every single game mode in this game, a certainty that, alas, came from my very frustrating fifteen minutes before giving up and going to the tutorial.

But once you get the hang of it… Ohhh, just enjoy the ride, my friend. Set a particularly strong fan to blow your hair so you can feel free, as the ride is gorgeous, and the tunes are pure 80s synthwave. Gorgeous. There’s a couple of modes to play, but, really, the main draw is Arcade, an Outrun style outing in which you race through 5 of the fifteen tracks, trying to beat randomly drawn rivals in each stage, choosing between your next stage via forks in the road, and not letting the timer run out. Simple, fun stuff. It’s also amusing that pretty much all the racers are references to something or other, such as Bob Ross, Daft Punk, and, yes, Tak, the protagonist of Initial D, is referenced as well. 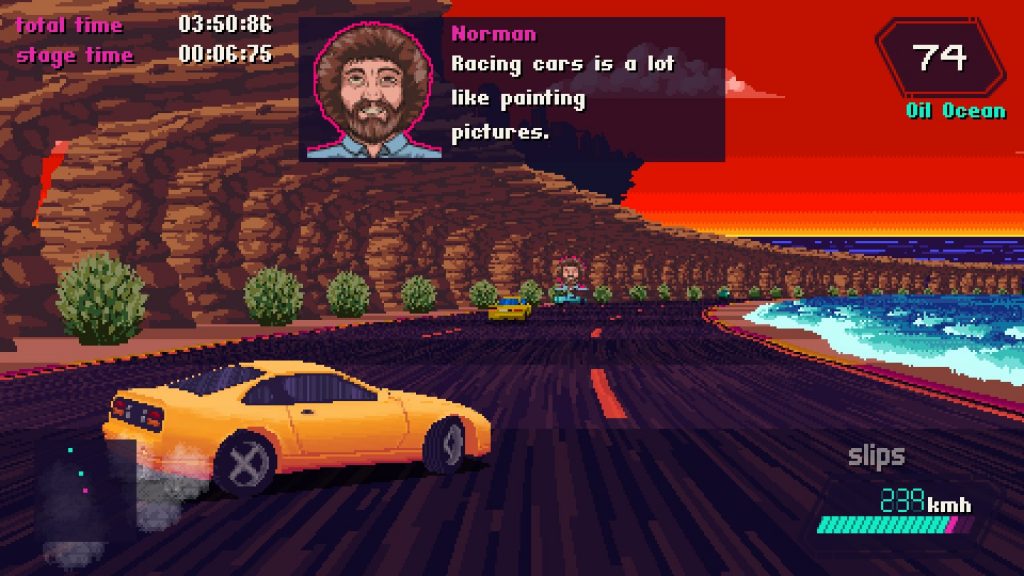 So, it’s fun once you get the hang of its core mechanic. It’s got a great aesthetic, faithfully reimagining the techniques of yore and with a cool soundtrack. But does it have flaws? In short, yes. For all that its epilepsy warning is a good idea, one of its biggest potential seizure inducers is the difficulty select screen on Arcade mode, which flashes both rapidly and obnoxiously. As an Outrun style game, its tracks do lack a little variety, with only a few chicanes, and mostly, sharp curves that require drifting (or heavy braking) to pass. And then, there’s the mechanic for which the game is named, which, unfortunately, is a mixed bag… Essentially, tail a car for long enough that “SLIPSTREAM” is spelt in the lower right, and you get a speed boost. Useful? Not… Terribly. Most cars are slower than you, and a slipstream at the wrong time sends you… Boosting right into a car or a corner, for a crash that seriously impacts your speed. It isn’t great.

Nonetheless, overall, Slipstream is engaging, atmospheric, and, once you get the hang of the drifting, fun. It’s a score attack game I can see myself coming back to a fair bit. Solid, aesthetic conscious work. 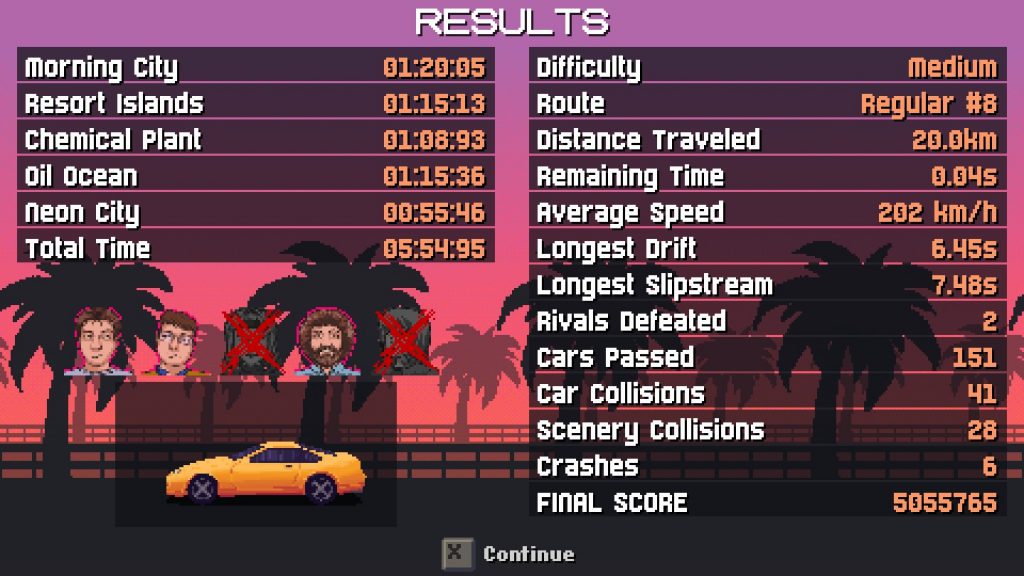 The Mad Welshman has the special ability to drift in the a-h wait, no, that’s the crash animation. NEVER MIND.