Lovecraft’s Untold Stories is a narrative, procedurally generated twin-stick shooter, set in, unsurprisingly, the Cthulhu Mythos of the titular author. I want to be somewhat clear that this is something that could work, because, unfortunately… It doesn’t, in this case. And it doesn’t for a variety of reasons. I want to be clear here because, in a very real sense, the game isn’t. 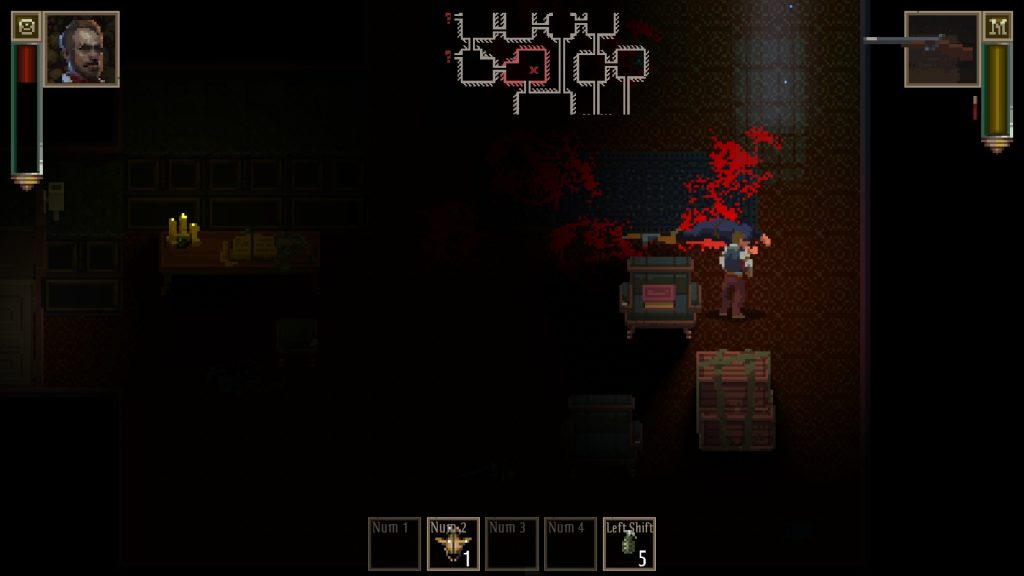 Somewhere, in this room, is probably a clown. They love the dark, y’see. Can’t see ’em in the dark…

It certainly tries, with helpful prompts in its inventory screen, context sensitive ones for the various locks in the game. It even very briefly sets out the understandable control scheme. And then, for want of a lesser term, it goes tits up from the word go, in several senses. And, funnily enough, a lot of those problems manifest in that very first level, colouring the rest of the experience.

And the main problem? That the first chapter has more. More visual effects (Oooh, it is so dark, except where it, uncommonly, isn’t) , more powerful enemies (I died more on the very first level than any other combined), and more lore jammed into it, to the point where it makes later stages feel comparatively bland.

Unfortunately, more, in this case, is actually less. This first, lore choked level is also pointlessly dark, so it’s harder to read, and you’ll need to read the room well, because health kits aren’t exactly common, and the two varieties of shop even less so (To the point where, many attempts in, I’ve encountered the Info shop precisely once, and the shop that, presumably, takes the dollars I’ve also been collecting, only when I went back to test some things just prior to the review. Neither shop’s contents impressed me.) Add in that health can vanish in a couple of seconds if you’re not careful, and that the majority of enemies outrange you (Including the extremely deadly and impractical Cultist Turret), and you already have a punishing first stage.

Now add spikes that can only be dodge rolled. Now make some of those spike rooms puzzle rooms. Make some of the flavour events not flavour at all, but sanity loss, damage, and other roguelike bullshittery, with a hefty dose of keys hidden in a large map, two of which you need to progress to the boss, who is… 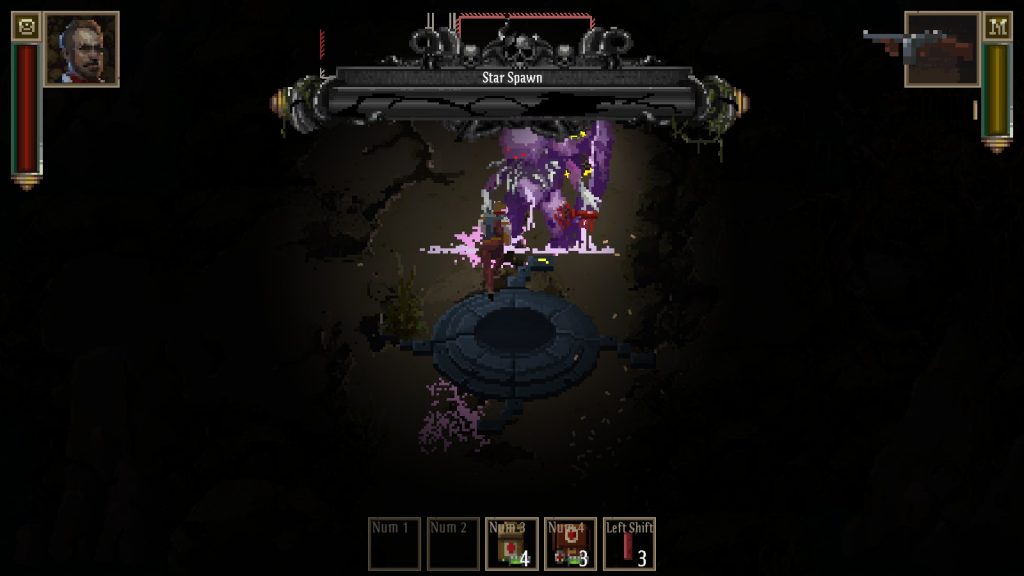 Now, the rest of the levels I’ve encountered so far? Erratic, both in terms of content and balance. Interestingly, it seems like ranged enemies are the biggest offenders here, as, until you get a weapon with a better range (Which, currently, doesn’t seem to happen with Professor Doctor Clawstone, the second character of the game), the more bullet spongey shooters will most likely be your biggest source of character death… Despite the fact that the AI of everything that isn’t a chaser or a turret (both of which unerringly track you until dead) is “Run around like a headless chicken, occasionally shoot in the direction of the character, whether in range or not.”

The cult of the first area gives way to the Mi-Go and zombies of the second, and the zombies with a small side order of necromancers to… Look, past the first area, this game seems to have a very high zombie to lovecraftian creation ratio. And that isn’t exactly promising, considering the zombies of both the second and third levels have a threat level of “Perhaps if you’re not paying attention, something bad will happen.”

Perhaps things will change. Perhaps it will become more enjoyable, and the game, later on, won’t frontload both its difficulty and its content (I got all four of the currently available Detective Weapons by the end of the second level, and, similar, Professor Doctor Clawstone, who currently gets… Nothing beyond his base items, either in terms of interaction or kit.) Perhaps it’ll tie its world together better than “Here are a bunch of Lovecraft references, and he’s the shopkeep too, oh golly gee!” But right now, I find myself distinctly unimpressed with Lovecraft’s Untold Stories. 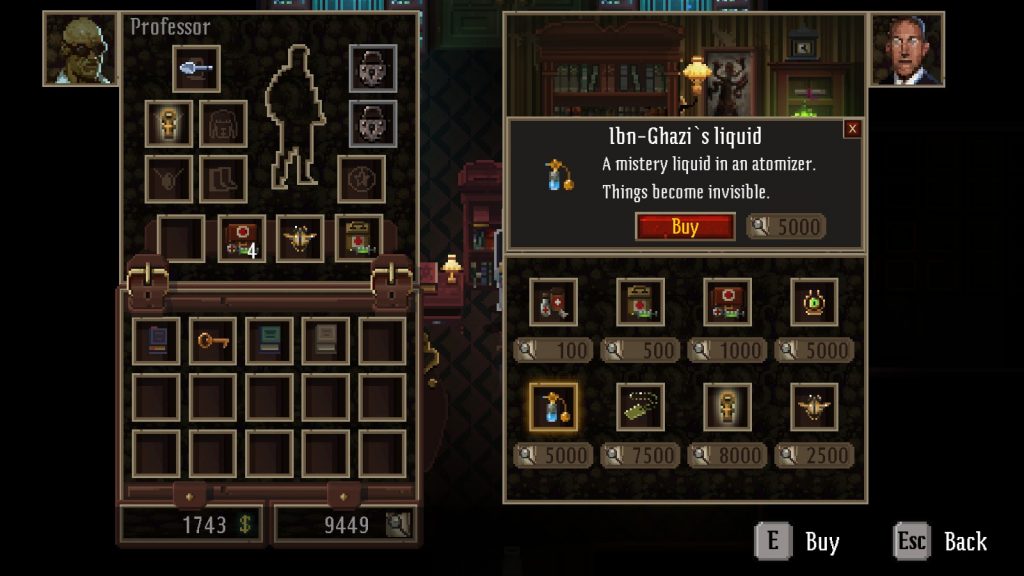 So, as it turns out, the liquid of the powder, while also atomised and sprayed, has the opposite effect to the original powder. Makes perfect sense, gotcha.

The Mad Welshman, similarly, is unimpressed with old Howard being the shopkeeper. His stock is disappointing too.