Do you like glitchiness and a world that is not as it first seems? This question lies at the core of whether you’ll enjoy, or be annoyed by Haque, an interesting little roguelike. Unfortunately, saying more than that is kiiiiind of spoilery, so let’s talk about some other things that make the game interesting. Yes. Let’s not talk about the Old Man in the room. 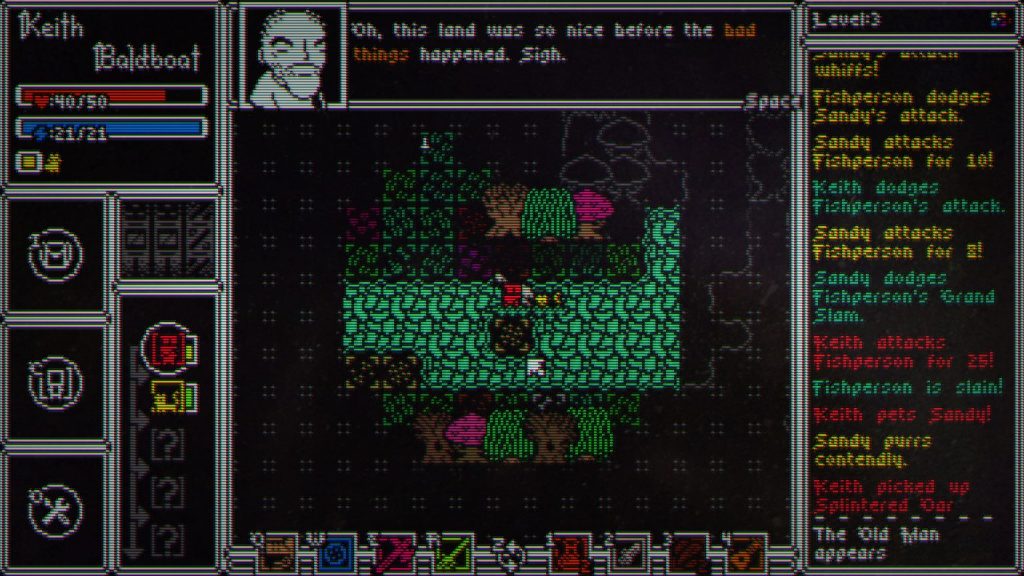 Haque is, glitch effects aside (they can be turned off), a fairly accessible roguelike, in which repeated playthroughs are encouraged through a choice of random characters (and their pets), and a story that… Crap, there’s that spoiler issue again. A story that starts bog standard roguelike, but has you on the defensive from the word go because it seems too pat. There. Better. Visually, it owes a lot to the 8-bit era, with bright colours, keyboard prompts as part of the UI, but… Get this…

…It has a soundtrack. Quite a nice one too, ranging from soothing, almost folksy acoustics, to pumping riffs that get you nice and ready for a good, old fashioned boss fight. Mixing this in with more traditional, chippy sounds doesn’t sound like it would fit well, and yet… It very much does. Control wise, it’s simple: Four directions, the mouse can be used for pretty much everything, and the tooltips are quite useful (accessed with the right mouse button.) 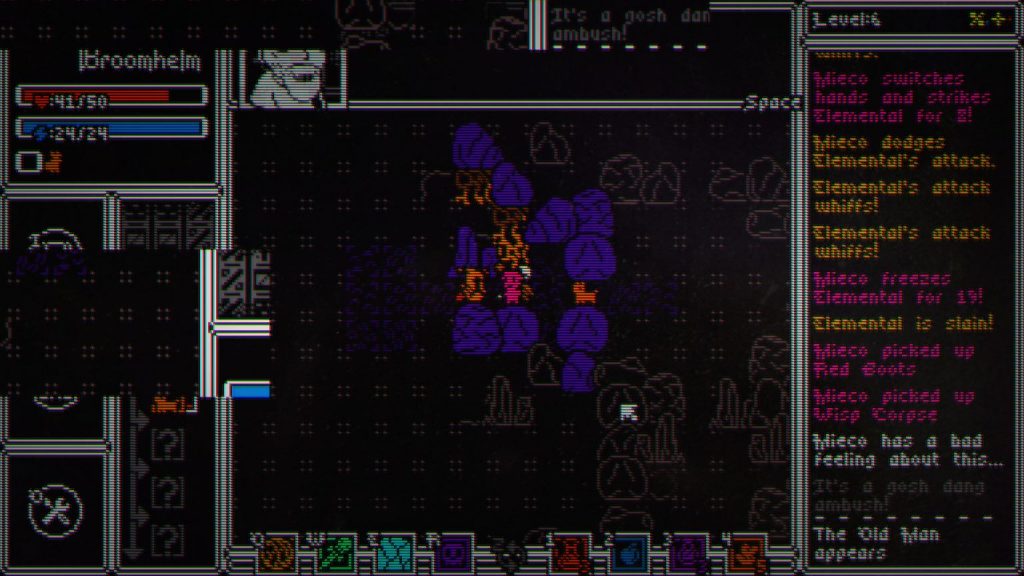 The glitching always happens for a reason. Usually, it’s because you’re low on health. Sometimes, other things happen.

The world, at first, also seems a bit generic. Here, a forest, there, a desert, here, a… Wait, why are there androids? Was someone running out of ide- Ah, yes. Things get different, and, edging into spoiler territory here, this is one of the few games I’ve encountered over the years where I feel sorry for having won a boss fight.

Well. That’s done, no use guilt tripping myself over being a stereotypical adventurer in a videogame now. Sigh.

In any case, Haque comes fairly recommended, as it’s an interesting world, an interesting story concept, fairly well executed and foreshadowed, and reasons to replay beyond getting that “Play the game with all classes” achievement or for the enjoyment of an accessible, interesting roguelike. 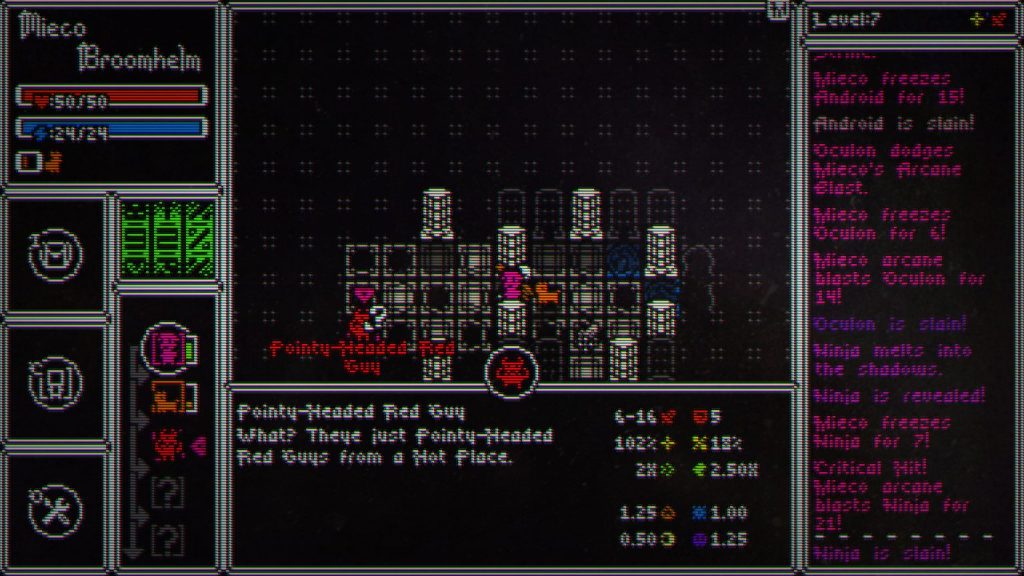 “Do Not Look Behind The Review!” cried The Mad Welshman. “It Will Only Bring Doom And Destruction And Really Wild Things!”