Haimrik is a game with an interesting concept. What if you had the ability to take words, and use them to change the world? Not in a “Saying powerful things”, but literally picking the word Sword up, and bam… Sword. It’s a cool idea, and not having those words be entirely under your control (some words, after all, bite back, or are just hostile to you, personally) is also a neat touch.

It’s a shame then, that Haimrik feels so very constrained. Understandable… But also a shame. 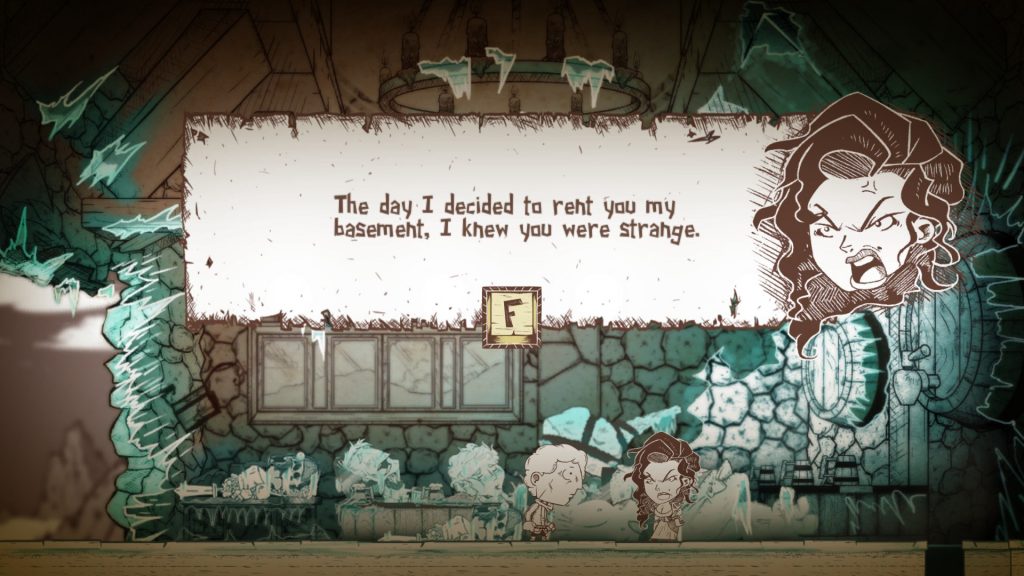 I mean, to be fair, being attacked by an ice wizard on a day I was planning to write things for you wasn’t exactly expected for me either…

Protagonist Haimrik is a writer. Well, a scrivener. He writes books, in the hopes that they sell, and the only person who even reads them is his landlady (whom he has a thing for), while he’s behind on his rent, and a corrupt king supported by his Word Warriors rules tyrannically over the land. Enter The Book. Drop some blood onto it, and the narrative of the world can be changed. An artefact, and a power, that immediately gets him into trouble.

Nice concept, yeah? Unfortunately, less than an hour in, its prescriptive approach gets my goat. There are a couple of puzzles where there are multiple solutions, but a lot of the time, no, it’s just the one. And not always a terribly interesting one. Okay, yes, we plant the SEED (run to seed, hold down) in the FERTILE SOIL (Hold F, plant seed), and then we call for some RAIN (run to RAIN, hold down), and… Oh, crap, do we use FERTILISER or POISONOUS FUNGUS to grow the plant, considering the obstacle we can’t control, the SWARM OF LOCUSTS? Which, as a bonus to losing us the seed we need, will gruesomely kill us, just as we’ve gruesomely killed (and been killed by) several soldiers, some goblins, a rat, a snake, a crocodile, and an ice wizard by this point. 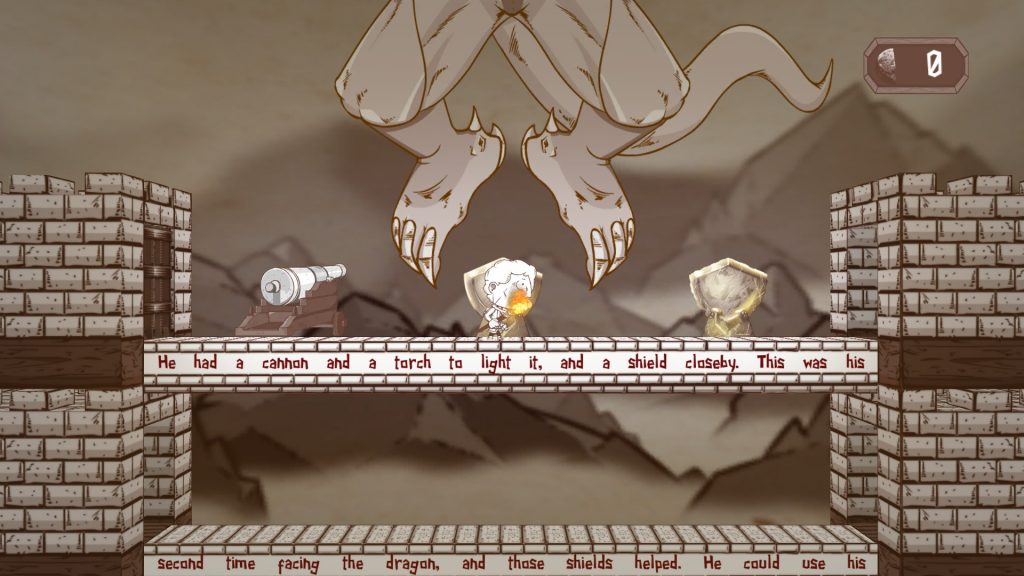 As you might have guessed by the description of this puzzle, and the accompanying screenshot, it’s pretty much an inventory puzzle of sorts, with nouns being the inventory in question. Occasionally, it becomes more interesting, such as the fight with Murdock the Ice Wizard, or the Dragon, which are… Well, they’re boss fights, with the twist being in the sentences they display. It’s a fairly good twist, to be honest, counterbalanced by Haimrik being… Kind of crap at fighting. Aiming is a somewhat slow affair, jumps in a couple of boss fights are tight, and, even with the fact that death leads to a scene restart, it can get frustrating quickly.

Narratively, it’s a story seen quite a bit before. Cruel king, young man raised in a rural town in obscurity, family and town gets brutalised very soon after he gains a magical ability… It’s not helped by the fact that, even toward the very end, Haimrik, as a character, is basically a punching bag, and so their Hero’s Journey seems… Flat.

But then, the game is trying to do several different things. It’s trying to be an old-school adventure game (Complete with “Ha-ha, what fool uses LEECHES without a BUCKET? Eat a death!”), a difficult platformer (Complete with deathpits), a gore comedy, and a traditional fantasy romp. But it doesn’t quite have the speed of many difficult platformers (Haimrik can best be described as “trundling”, even when his life depends on it), it doesn’t have a lot of charm behind its comedy, and part of that is because it’s also trying to go through the Serious Hero’s Journey In Fantasy checklist. Also, it doesn’t help that a lot of the comedy comes from “Ha ha, you died.” 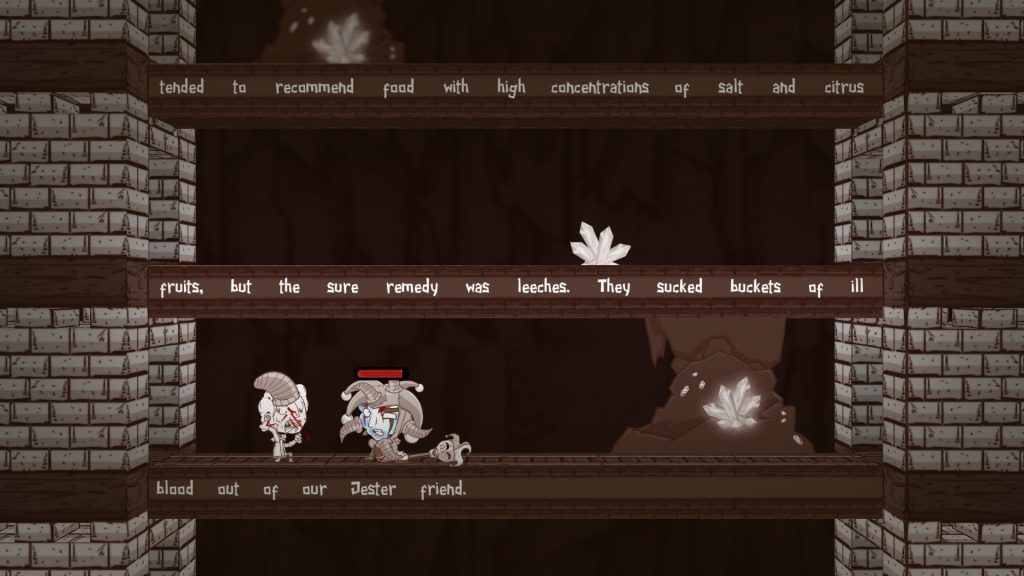 One of the few upsides is that it has a solid, consistent aesthetic, but that hasn’t stopped me from putting this game down again… And again… And again, out of frustration with the gotchas and sometimes nonsensical solutions.