Source: Cashmoneys
Price: £21.99 (+£4.04 for the soundtrack)
Where To Get It: Steam, Humble Store, Itch.IO
Other Reviews: Early Access, Early Access 2

If you’ve looked at my past coverage of Dead Cells, you’ll know that I’ve been quite positive, and, over time, seeing things that I’d thought of as mild flaws within the game corrected, almost as soon as I thought of them. Motion Twin, as it turns out, have their heads firmly in the game, and now that Dead Cells is released?

It’s pretty nice! On the one hand, the game is a sort of deliberate twitch, in which you can hang back, but, in many situations, the best option is to get in there with one finger firmly controlling your dodge rolls, and the other on the weapon options. Combat with an enemy is never impossible, but the less you’ve found, weapon and power up wise, the more fraught it becomes. 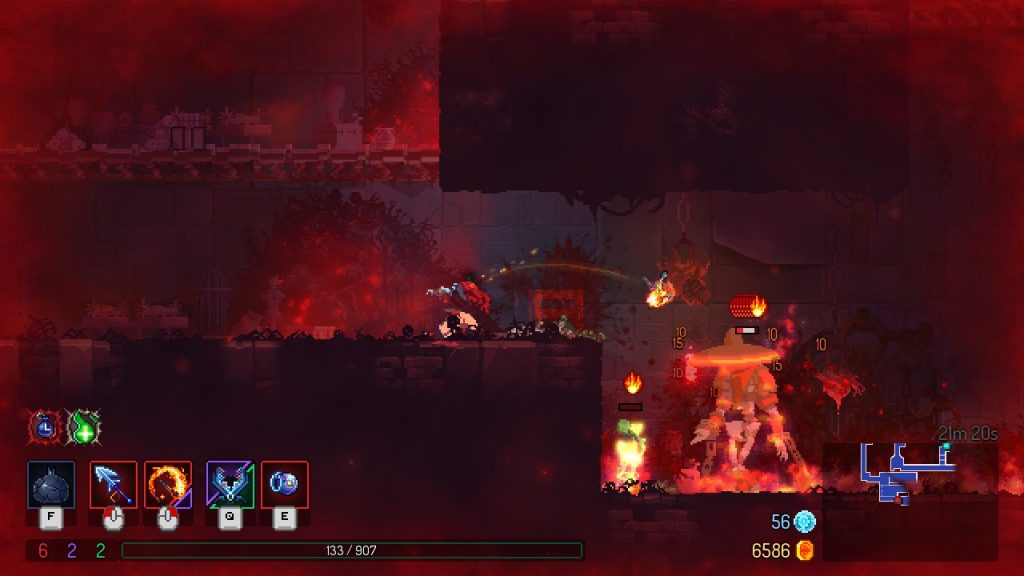 Reminder: It’s not cowardice if your HP is this low. Even when it isn’t, it’s *being cautious* , and cautious goo blobs live longer. (But they probably won’t get the speedrun reward, booooo!)

In the Ossuary, for example, I never quite feel comfortable without some damage over time weaponry, like the Blazing Torch or Bleeding Sword, because the creatures that live specifically there are meaty, often quick, and their general theme is to punish both the close and unwary. Considering I am occasionally the latter, and often the former… Well, something where I can throw it, hide away for a second, then throw it again in order to get through relatively safely is my touchstone.

Part of the fun of Dead Cells, however, is that you don’t always get what you want, and adapting to the various weapon styles the game throws at you is important. Which makes it equally nice, then, that they’re easy to understand. Simple combos for each weapon mean that you very quickly “get” the weapon’s deal, and, equally, you can clearly see where there’s something you’ll be wanting to try and find later down the line. Somewhere. Somehow.

Example: There are doors. They don’t open right now, but they’re numbered. I’m not worried. Sooner, or later, I’ll work out what they’re there for, on the routes I have available. Similarly, I see areas only reached with a walljump, and I say to myself “Aha… I have to get further to get that.” The more you play, the more, seemingly, there is to find. Although that will, no doubt, have its limits as the end approaches. 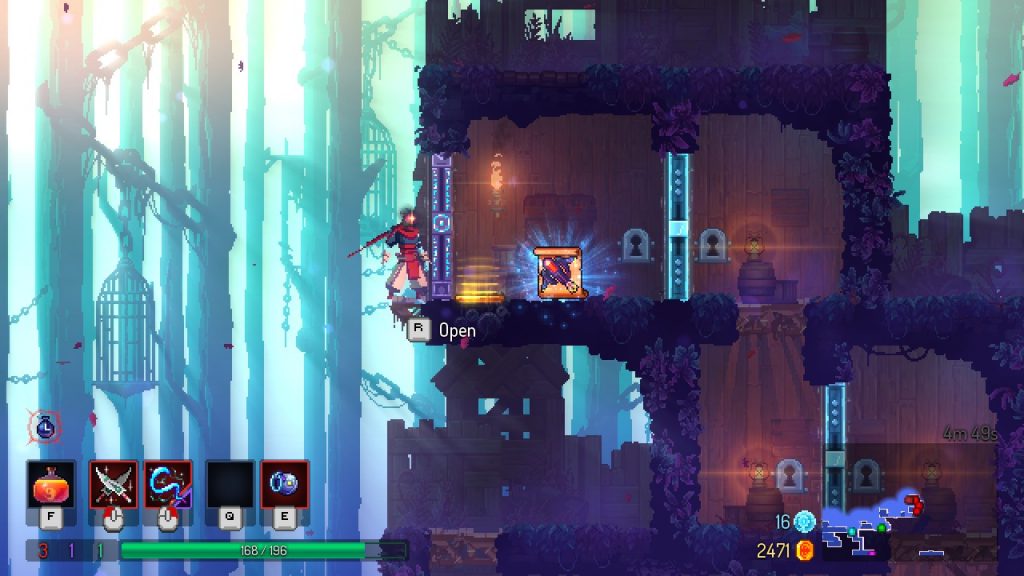 This wasn’t here pre-release. And I’m okay with it being here, because I know, sooner or later, I’ll find the key(s) I need. Sooner… Or later…

It even has an interesting world, where, in the release version, Motion Twin have added something that was always subtly in the background, but is now available in a lot of the explorable lore of each area: Humour. This is, yes, an ooey-gooey game about smashing enemies into bits, before being smashed yourself, hopefully getting further each time, before being brutally killed and doing it all over again, from the beginning. But, as it turns out, our protagonist is a bit of a fish out of water. “Huh, all those bodies look a bit like… Me” , they think, examing what is presumably… Well, them, dead, over and over again. They do make the connection, but the subtle animation, the scratching of their slimey goop head, adds charm to it. The bratchests remain, just as bratty, just as into the act of being violently opened, and just as into punishing the player as they have been, but there are little bits where the protagonist lampshades the seriousness, such as the statue of the king. How did he see out of that helmet? Weird.

So, it’s got humour, and subtle humour at that. It’s got charm, it’s got good visuals, clean menus, and excellent sound design. What it also has is its core game loop, and this, fellow readers, is going to be your make or break with Dead Cells. Are you, the potential player, okay with the fact that, no matter how many shortcuts you do or don’t unlock, no matter what new toys you successfully get (You have to complete a level to keep them, complete more levels to attain them, after all), you are, upon death, going to be sent straight back to the beginning, albeit with some things retained? 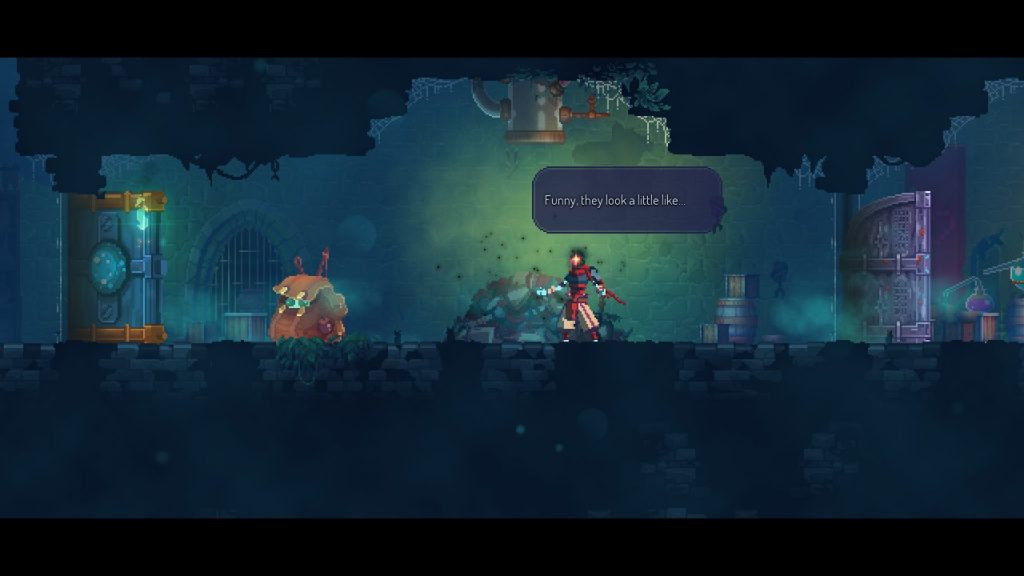 Pile of oddly reminiscent corpses may or may not reflect number of deaths in game. Looks a little short for my playthrough so far…

Personally, the answer is yes, because it’s an interesting world, and I want to see more. But I can perfectly understand players who’d be put off by this, because, until a shortcut is unlocked (and you know roughly how to get there, and through it), every new area, every new miniboss, every elite enemy or even new enemies, are potential run enders. Many give visual clues to their function, but, in the end, how much you like Dead Cells depends on how comfortable you are with being sent back to Jail, Do Not Pass Go, Okay Fine You Can Keep This Much Gold.

As mentioned, I’m fine with it. But it is a core part of the design, and I highly doubt it’s going away any time soon.

The Mad Welshman has died many times. But each time, he oozes back, because the Editors of Reality demand he keep up. Damn their galaxy-filled eyes…