Source: Cashmoneys
Price: 6.99
Where To Get It: Steam

For a while, Alphabear was a sensation. Haha, look at the often strange things they say using words I spelled in game! Oh dear, Alphabears, I don’t think you really meant to say that! I’ll freely admit, I was mostly confused when this happened. Confusion is sort of my base state when it comes to what becomes a darling, so I think we can safely move onto the fact that Alphabear is now not just on your phone, but on your computer. So how is it? 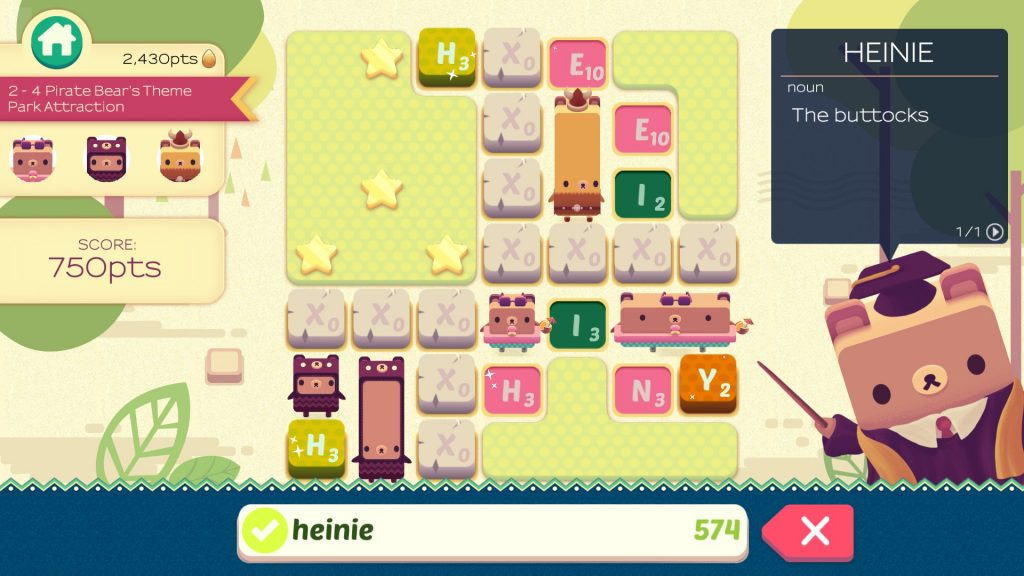 Well… It’s a word puzzle game. It’s kind of cute. And if you’ve already got it on your phone, you’re not missing out on special PC only content, just having it on a bigger screen. You make words with letters, which have point values that add up depending on the length of word and the kinds of bears you brought into the puzzle, and each time you make a word, the letters you used become bears (or become part of a bigger bear), the point value of any letters you didn’t use goes down by 1, adjacent letters get exposed, and if any of the letters go down to 0 point value, they become rocks that permanently block bear expansion. The bigger the bears you have at the end, the bigger the bonus, and you unlock more bears and levels by beating the score it asks you to. Did you get all that?

Thankfully, it’s much less of a mouthful to play than explain, although sadly, if you screw up spelling a word, you’re better off just clicking the big X to completely erase than to try and remember the specific letter you were trying to get rid of. That niggle aside, it’s pretty clear, it’s pretty accessible, and the difficulty curve is just that… A curve, rather than a spiky mess. 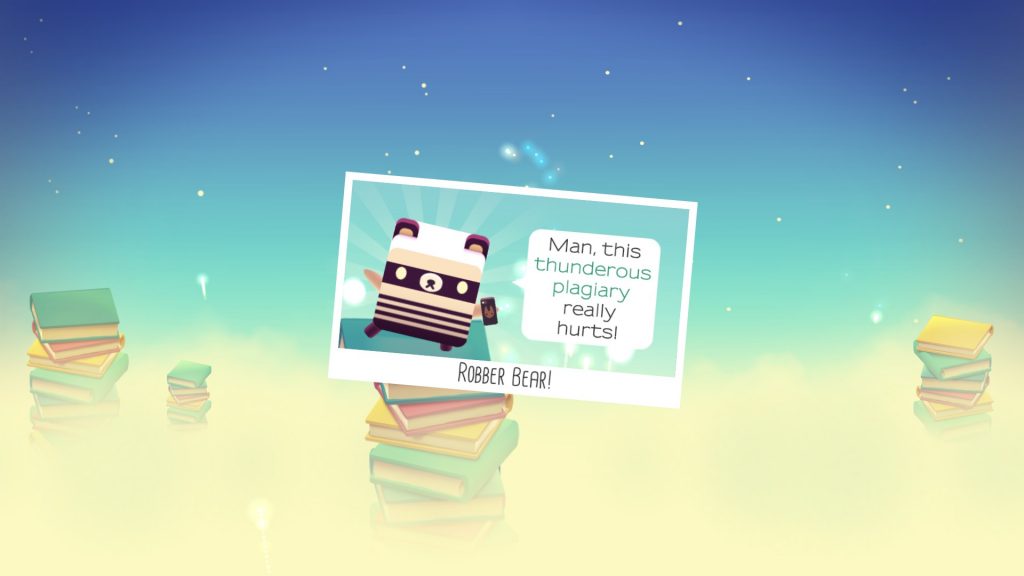 Yes, I quite agree. Thunderous Plagiarisers be warned, neither I nor an actual thieving bear like you for plagiary.

Indeed, pretty much all of my problems with the game are not problems, but niggles. “Leaderboard” just links to the limited Steam Achievements. The bear unlocks are pretty much random chance, although you’d have to be fairly unlucky not to unlock all non-legendary bears before the end of a chapter. But the core of the game works, it’s just as cute as its original mobile/tablet incarnation, its dictionary has the same limitations (Sometimes it doesn’t have a definition for a word, like Wastel, sometimes, it doesn’t know things that totally are words), and essentially, whether you like it or not is dependent on whether you like word puzzles, specifically this kind of word puzzle, or not.

I happen to quite like it, and would thus finish by informing you that wastel bread was perhaps the best kind of bread you could get in the middle ages. So now you know. 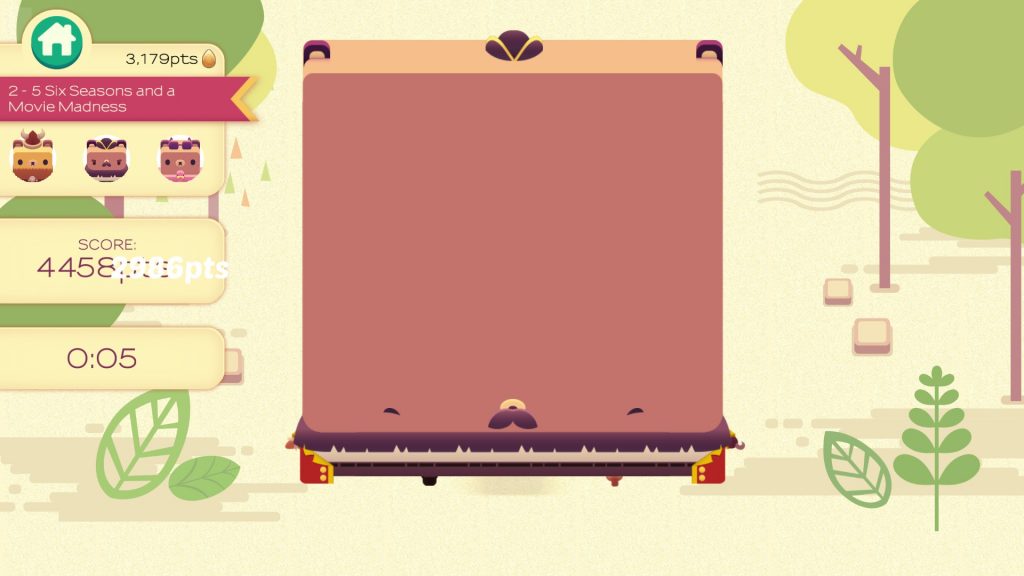 As much as you may hate to admit it, this is the perfect Alphabear body.

The Mad Welshman is very fond of word games. Alas, generally he can’t enjoy them as much, since they are his 1.5th epileptic trigger. Sad times.