I’ve got to admit, I love me some balls. Balls clacking together, balls going into holes, balls being smacked by long, roughly cylindrical objec- What, you’re not a Pool fan either? Not even the Snooker? Oh good, you like some Pool. Well, let me make you happy by announcing that Pool Nation FX, by Cherrypop Games, doesn’t just have the US 8 and 9 ball varieties, but also Snooker and the UK variety of 8 Ball. Unfortunately for me, it still has the Endurance mode I so dislike (But I grudgingly admit is challenging). But fortunately overall, it’s still fun, and still mellow.

The menus are bright, pretty clear, and… Oh hey, the bonus game is just a bonus game! WOOOO!

Released on Early Access in the 7th of this month, the game feels largely complete. Career mode is there, and has had a facelift from the previous edition. No more do players have to unlock their cosmetics through the sometimes gruelling bonus games, as the game’s unlocks run on in-game currency: PoolNationBux (or PN$.) Happily, this includes the bonus games themselves, and this change is a good move. Before, I would struggle through Pool Nation’s punishing Endurance mode, and in FX? Unless I want to 100% the game (Which I will… Eventually), I don’t have to even touch the bonus games. But, in most cases, I still want to, because they’re fun little additions.

Some examples would be: Golf, where your goal is to pot the balls in specific holes, in a specific order. Straight, where no trick shots are allowed, and the simple shots, controlling where the ball ends up, is the best. Time attack modes where you try to pot the balls quicker than the AI, and, of course, Endurance, where the balls keep being placed on the table, and when you reach 24 balls… It’s all over. Variety is definitely not something this game lacks. 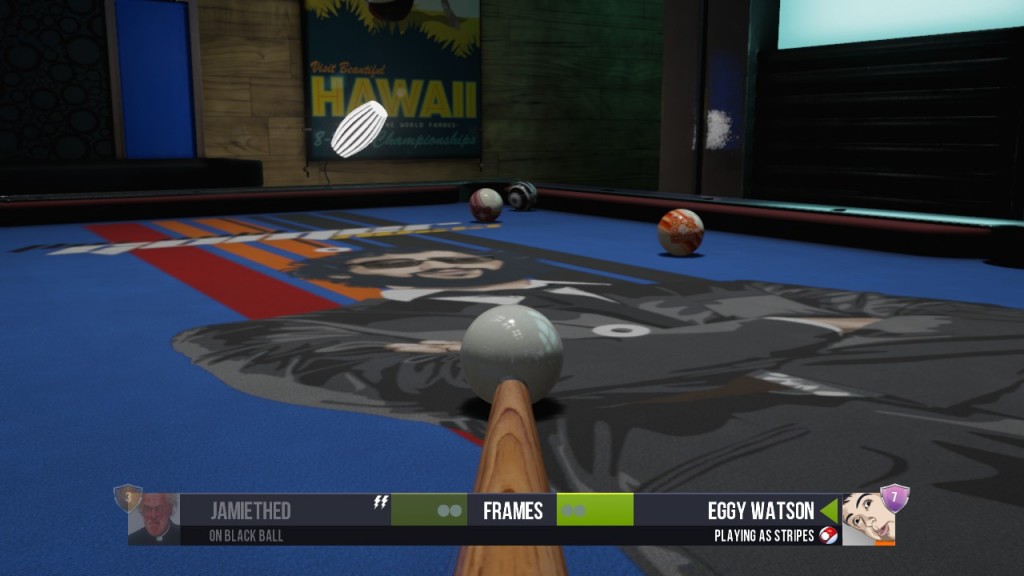 The game is mainly mouse based, but is easy to get your head around, and the tutorials teach well.

It should be noted, however, that some things haven’t changed too much. The AI can still be a little inconsistent at times, seeming to do badly for several shots, and then 8 balling you when you miss your final shot on the black. It happens less than it did in Pool Nation, which is an improvement, but… It can still happen, especially on higher difficulties. Also lacking, although this is purely a niggle, are the weird stories behind the characters of Pool Nation’s world. It’s not a necessary thing, but I was amused by some of the wacky stories that made the world seem… Odd. Like the player who believes he’s a gopher. Maybe they’ll come back.

In the meantime, the game is definitely pretty, Cherrypop are definitely working hard in the bugfixing department, it has a fair bit of variety, and for its price, is something pool fans of all types, from the casual players, the hustlers, and the fans of making trickshot videos (For lo, there is a trickshot mode, and, while I don’t claim to understand it, I’m told it’s amusing) could enjoy, one game at a time, for a while. If you don’t particularly want to wait for your PN$ to build up, the “Unlock” DLC for the cosmetics is quite cheap. As such, while there are bugs and crashes in this Early Access game, they are being worked on, and I’d say it’s worth gambling the £8.99 (£6.29 until November 7th) on what promises to be many hours of amusement. 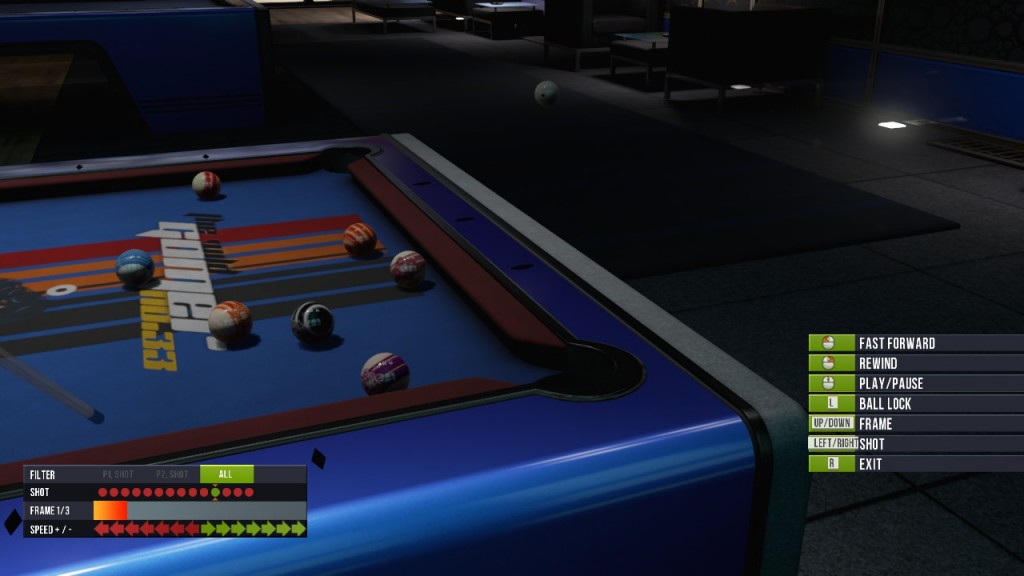 Yes, that *is* the white ball all the way over there. I wanted to see how far I could get it, and if you could see it. :V

Pool is, you may have noticed, one of the few exceptions to The Mad Welshman’s “No Sportsball” rule.