Source : Early Access backer
Price: £10.99
Where To Get It: Steam , Official Site 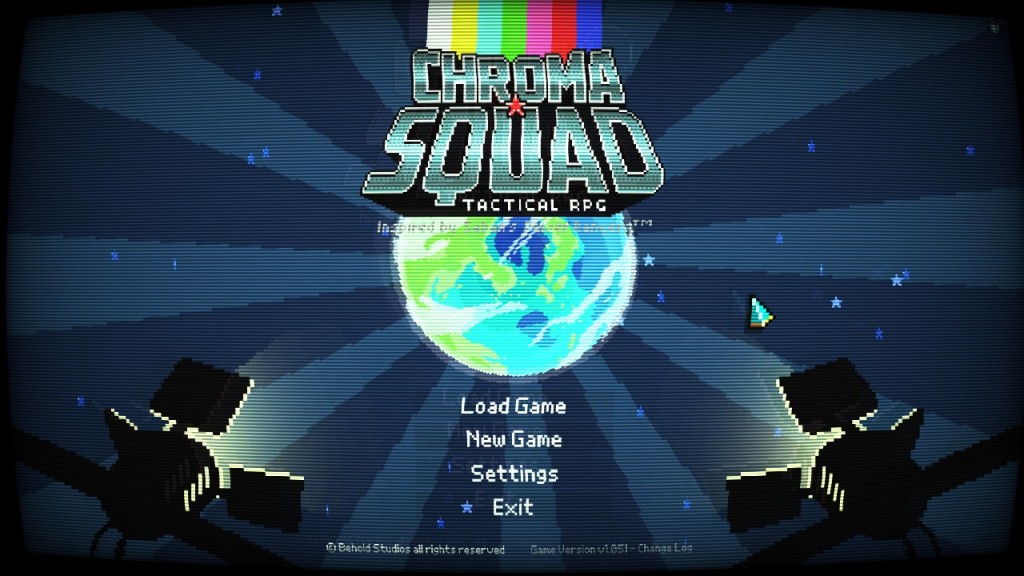 INSPIRED BY… More than just Power Rangers, Saban, come the hell on…

“IF IT ISN’T STARFORCE! CEREBRO SHALL BE MINE, TO SHINE MY RED LIGHT ALL OVER THE WORLD, AND STOP THE WORLD IN ITS TRACKS!”

“TRANSITMANCER, YOUR TRAFFICKING IN EVIL ENDS NOW! WE, STARFORCE, SHALL -” Oh, sorry, didn’t see you there. I was adding my own mental soundtrack to Behold Studios’ Chroma Squad, a turn based strategy game about being the cast and studio of a Sentai studio.

For all that I outgrew some sentai shows (like Saban’s Power Rangers, who unfortunately didn’t like Chroma Squad, judging by the “Inspired by” that Behold had to slap on their title splash…), I don’t think I’ll ever really outgrow the Sentai genre, where bright, colour coded heroes fight rubber monsters and hammy villains with acrobatics, cheap pyrotechnics, and occasionally, forming a giant robot to SAAAAAVE THE WURRRRLD. Just writing that last sentence makes me grin, so you can imagine that I bought an early access copy of Chroma Squad as soon as I could humanly manage. The game is now released, and… It’s already a somewhat different beast to how it was earlier in production. Not completely different, but… Somewhat. I’ll occasionally mention some of these differences for contrast. 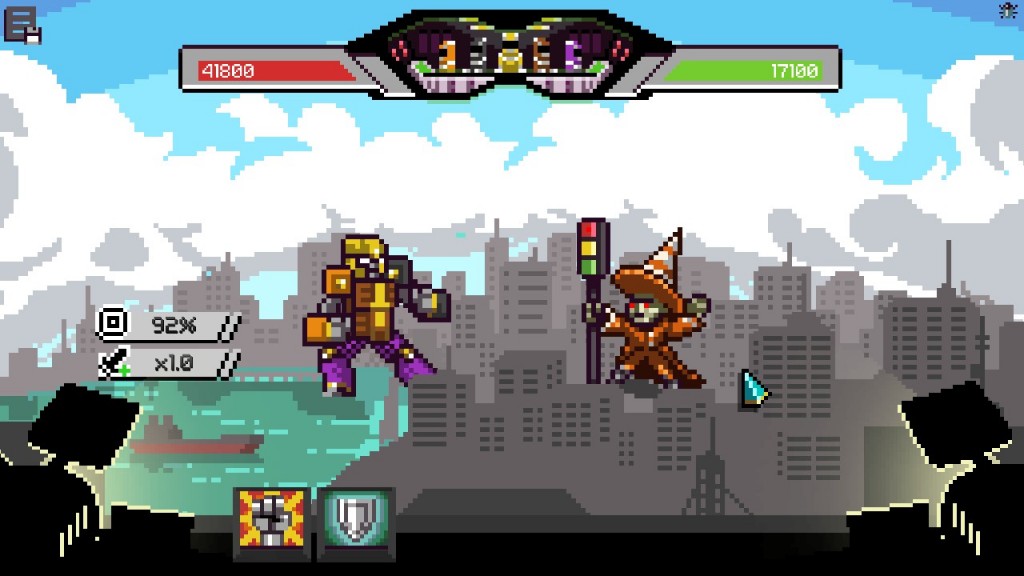 One of the first things I’m going to mention, however, is that, as a game, it nails the broad feel of Sentai studios and their works. You start with extremely cheap costumes, and, if you’ve done well, by the end of Season 1, you’ll have upgraded to… Just really cheap costumes. Each “episode” is basically a simple, objective based fight, usually involving three kinds of enemies: Mooks, Mooks Who Can Shoot, and the episode’s Big Bad (In the case of Season 1, this includes the Fat Alien, the Cardboard Boxer, and the Transitmancer, the mysterious and enigmatic wizard of traffic!), and this also fits the feel of a Sentai show. Your well being depends on being popular, and so a lot of the challenge comes from pleasing your audience, whether through being cool with the fans (Signed photos, for example), or fulfilling audience challenges in a mission. Heck, there’s even a few “live episodes”, where the power of your fans literally powers you up (And yes, this is a thing actual Sentai shows do, it’s pretty awesome.)

Writing wise, it definitely has its strong points. There’s one episode which, if you hadn’t played in Early Access, you’d never know was a reference to the fact that, originally, the hostage really was a lady who’d not been paid enough for a speaking role (Bravo, Behold, for not only changing that up, but referencing it!), and the good natured moment where a fan bursts into the show to take a guest role (And the cast are won over by their passion) is really sweet. It also says a lot that among the first upgrades you can get is an SD Camera. Not HD… SD. I dread to think what they were using before I bought that. 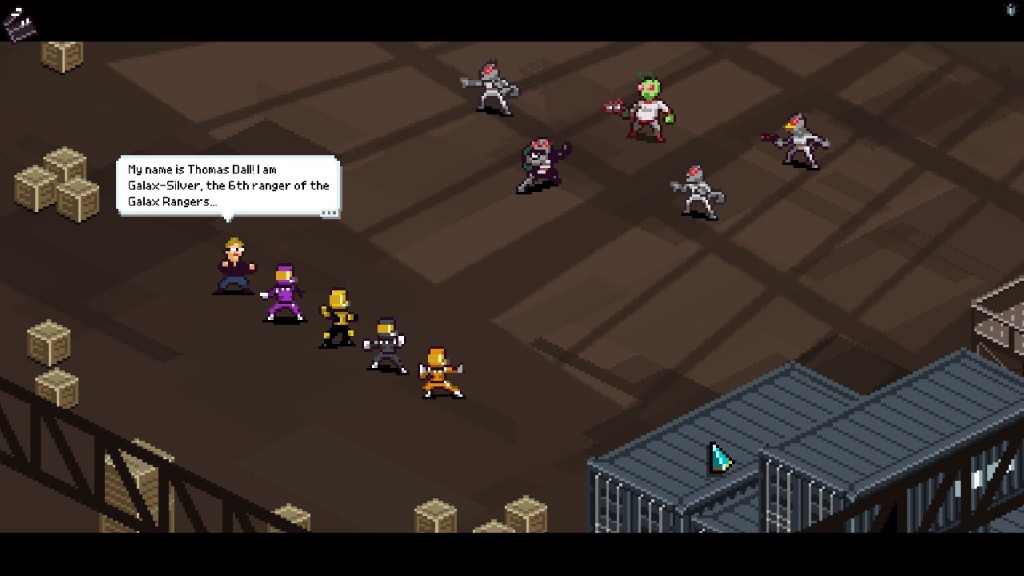 Wait, where the hell did you come fro- Oooooh, *neat line*!!!

This isn’t to say that I don’t have some criticisms. I kinda liked being able to get hold of individual ingredients, but, presumably based on feedback, that’s been replaced with item lottery boxes. I’m also not a big fan of only having one skill upgrade to my team members per season, because the combination of these factors makes the first season… Well, drag on a bit. The special abilities don’t really need to be used until the finale of Season 1, and it makes the first season, despite its good writing, feel a litte slow. Only a little, though, and it picks up again once you get a Giant Robot, more costumes, and the first possibilities of the promised branching storyline.

Still, I can’t deny that I’m having fun. I’m enmeshed in fulfilling the fan challenges, finding ways to make my limited toolbox of abilities work best for me, and I like the fact that there are two parallel stories going on (The actual Sentai show, which is suitably silly, and the drama surrounding the studio, which I won’t spoil). For £11, it’s definitely got enough content (5 seasons, extra game features that unlock as it goes on, upgrading), and it claims multiple endings, so… If you like light strategy titles with some management thrown in, or Sentai shows, I don’t think this is a bad purchase. It’s not, as it stands, an amazing purchase… But it’s got charm, it’s got a sense of humour, and it does have surprising levels of challenge, even if that’s mostly been on the studio end. 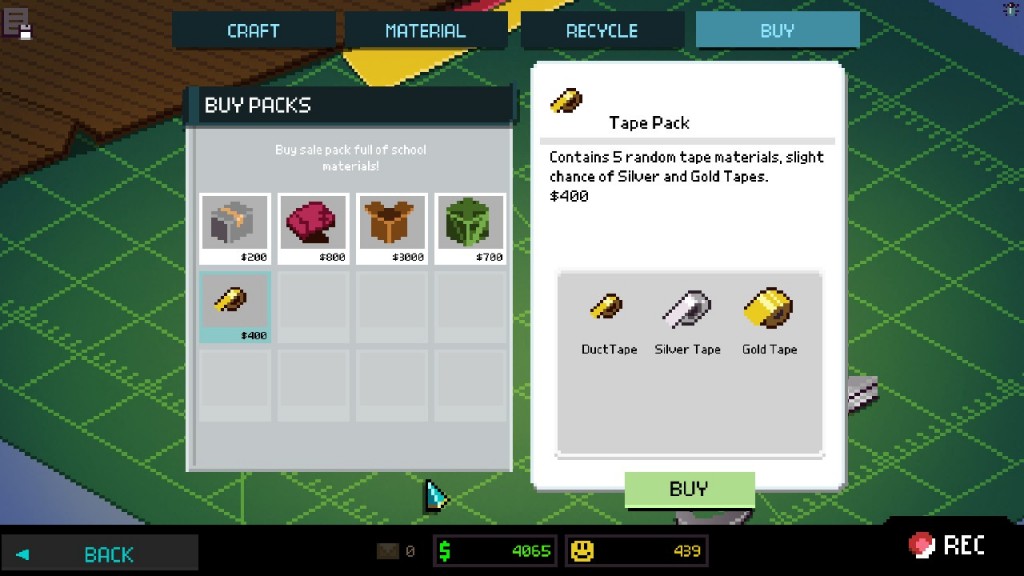 It’s not *all* great though… LOOTBOX, WHY DO YOU TORMENT ME SO?

Chroma Squad released April 30th. Now if you’ll excuse me, I have to get back to fighting evil. Oh, and playing Chroma Squad.