Sometimes, you get a pitch that you just can’t ignore. “Canabalt meets Castlevania” is, let’s face it, one hell of an elevator pitch, and that’s precisely how Jack B. Nimble was presented to me. An endless runner, but with a Castlevania-esque, whippy twist. 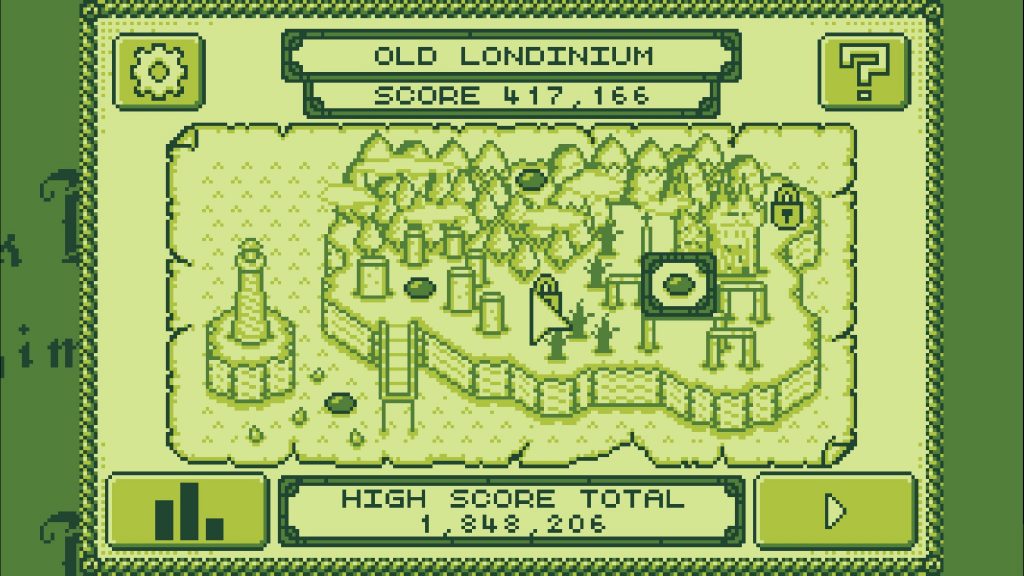 And so I did. And… While it mostly works, that “mostly” is slightly annoying. So, let’s mention the good, because there’s a fair amount of it. The game can be played with one button (space) , one button (left click on the mouse), or, if you’re a smart aleck like me, played with two buttons (space and the left click.) Pressing it once while on the ground either hops or leaps, depending on the length you press, while pressing it in the air whips. This is important, because both the number of candles whipped, and the accuracy of your whip cracks figures into your score. The game’s help screen quite helpfully shows the formula as Distance x Number of Candles x Accuracy Percentage. So, for example, surviving 1040m, and whipping 22 out of 24 candles would get me 20973 points (1040 x 22 x 91% and some change.) Speed goes up over time, some things slow you down, some things speed you up, missing a jump kills you dead, hitting an obstacle kills you dead. Nice and easy.

Visually, the game is on point: A four colour palette, similar to the Game-Boy it’s so obviously inspired by, clear pixel visuals, and the stages look, apart from the fact there’s no stairs, and only one… cough… BAT (Restraining myself there) that flies by when you lose, like Castlevania stages. Add in unlockable characters, most punning on either Jack or Jill (Jack Frost, Jack O Lantern, Jill Nimble, as early examples) , and visually, the mood is spot on. 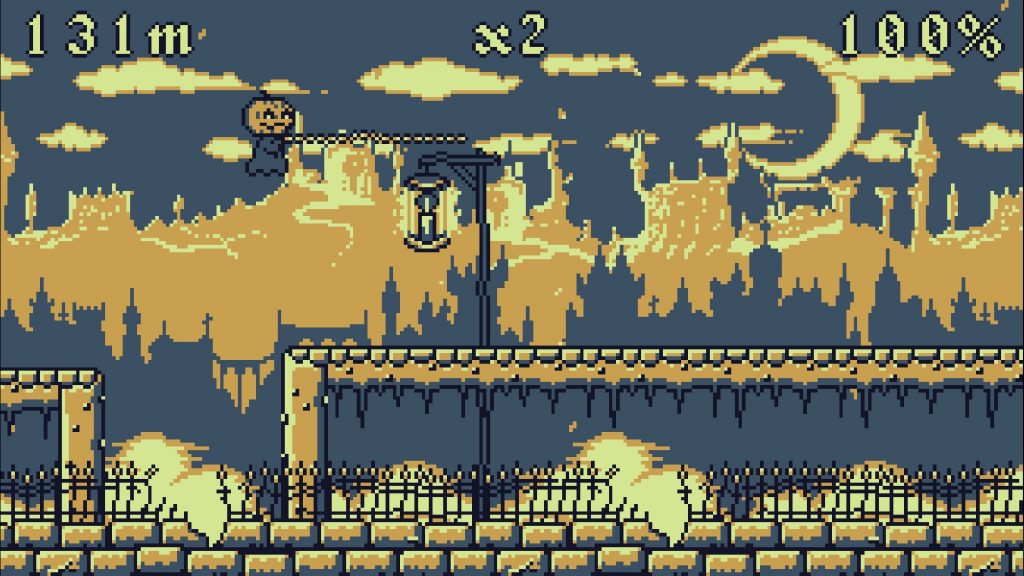 It may not look it, but… Nailed it.

So, it’s accessible while also being challenging, as Endless Runners generally are. So far so good. Now come the bits that aren’t gamebreakers, but are annoyances and niggles.

Musically, the game sticks to its chosen theme of “Castlevaniaesque” for two of the six stages for sure, and then goes for more generic, arcade platformer tunes for the third and fourth. As noted, it’s not a gamebreaker, but it’s a tonal shift that messes with the mood, and I’m not the biggest fan, even though the tunes for the third and fourth stages are not, in and of themselves, bad chiptunes. Alas, I can’t tell you about the fifth stage at the time of review, because, at the time of writing, I have yet to beat my current scores on any of the four stages (sub 500k with the exception of the first stage, in which I have 600k and some change), and, to unlock the fifth, I need to earn 500k minimum per level. For the sixth, that rises somewhat, to 800,000 per stage (for a total of 2 million and 4 million respectively.) So, unfortunately, I can’t really tell you if it gets that mood back.

Similarly, there are some niggles mechanically and visually, in that it the controls are precise enough that my run most commonly runs into two problems: Whipping because I hadn’t precisely landed on the floor, and thus faceplanting into whatever the pit of death is for the stage, landing on a crate and not being able to jump because I landed wrong… Cue faceplant, and, most heartbreaking of all, whipping as I try to leap off a crate, still successfully leaping, but knowing that I have to work harder to get that higher score. Again, not a dealbreaker, but it does happen, and it is annoying. 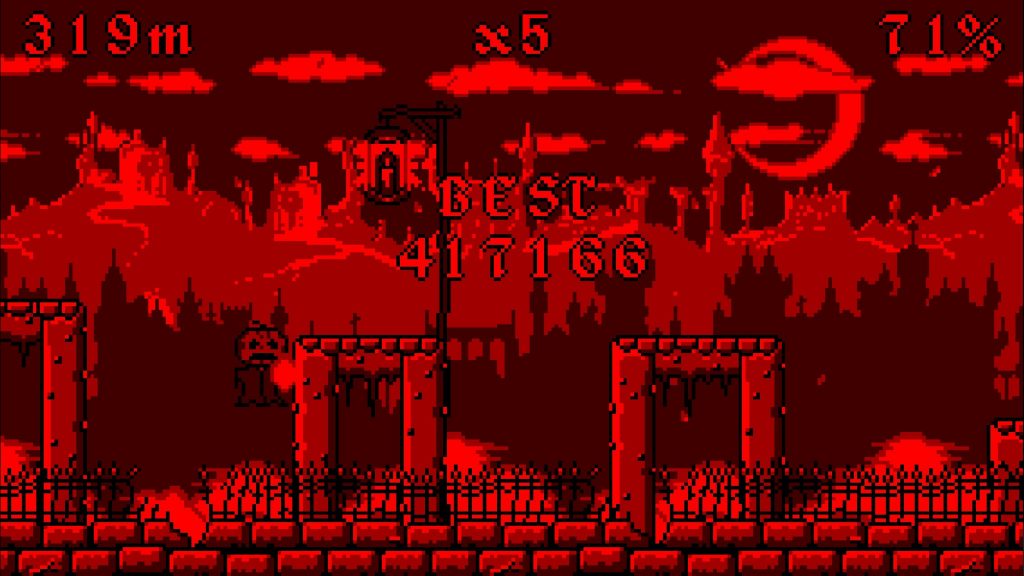 WHAT A HORRIBLE NIGHT TO EMULATE THE WONDERSWAN…

Finally, there’s the part I would just like to be a different colour scheme. You see, every now and again, IT IS A HORRIBLE NIGHT TO HAVE A CURSE (Remember that old chestnut?) and the colour scheme is replaced by… Crimson and Black. Aka the colour of the Wonderswan, aka “The Curse of Colourblind Unfriendliness From Satan’s Unwashed Posterior.” I don’t mind curses, but colourblind unfriendliness is, as longtime readers may know, a thing I bang on about.

Otherwise, though, Jack B. Nimble is a lighthearted, pretty accessible game that wears its retro sensibilities on its sleeve, without that retro bullshittery, and with an interesting addition to the otherwise basic formula of the Endless Runner. Which is nice, I like to see more of that!

Jack be nimble, Jack be quick, or Jack will never beat his personal best and unlock new colours for his universe. WHIP AND JUMP, PEON, WHIP AND JUMP.