The Spatials: Galactology is an ambitious game, in some aspects. Building and managing a station, exploring worlds, diplomacy, tourism… There’s a lot to the game. And so, it’s perhaps unfortunate that I’ve not been able to get very far with it because it doesn’t explain most of its own complexities, and some of them? Just plain don’t make sense. 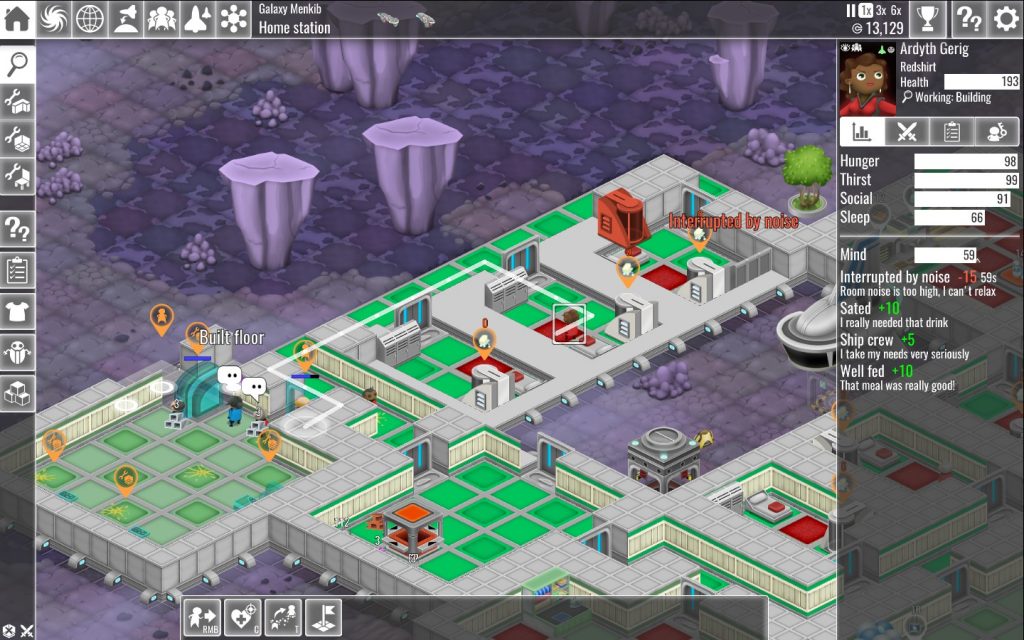 The Hygienizer 3000. On a permanent Spin Cycle, it seems…

Case in point: The shower has interrupted the sleeping. It will always interrupt sleeping if it’s in the same room. Even if, as in the above shot, it is neither in use or supplied. Now, I can’t speak for all showers, but my own? Doesn’t do this. In fact, it’s utterly silent until turned on. I have yet to encounter a shower that does more than silently sit there until turned on. Admittedly, putting a shower in your bedroom is probably not a wise idea (It’s clearly not a futuristic sonic shower, it needs soap. Which I don’t have) , but that it’s the noise that’s the problem? Baffles and infuriates.

Okay, a load from the nearest quicksave fixed that. Showers set to be built elsewhere… With a whole bunch of balloons in the shower room because, inexplicably, they also make the place look bad. So decorations are mandatory if you want people to feel good. Noise mainly seems to impact sleep. And then something breaks down. I’m also running out of metal to build things with. Ohhh yeah, I can set my ships to pick up cargo from more than one place, why didn’t the game tell me this before? So, off I go, to a thankfully human planet with metal on it, and… My first combat encounter, hoo boy! Combat, diplomacy, exploration, it has it… NO, STOP BUILDING THAT STORAGE DEVICE, KEEP YOUR FRIEND HEALTHY, YOU – Oh, the only guy with a gun is dead. 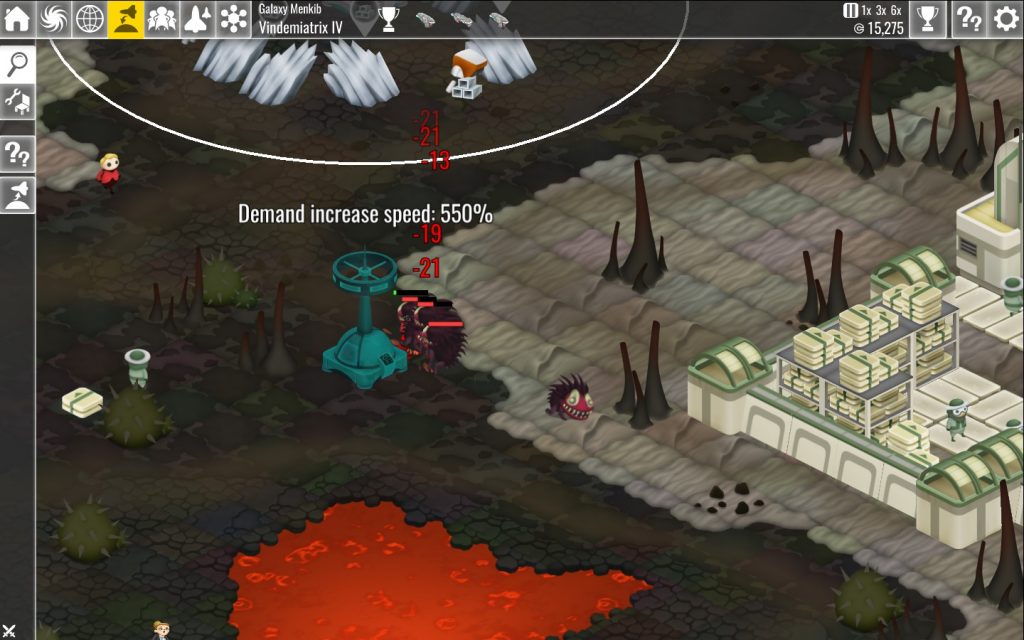 Time to restart, I guess! Or… Not. The Spatials is, it’s true, an ambitious game, with a lot of elements. But I am, funnily enough, not one of those people who enjoys basic, important mechanics obfuscated from me, and it does this a whole lot. It has the dreaded Decoration Tax, a mechanic I’ve always despised, not least when it’s employed in the oddest of places. Yes, I can understand how a recycling machine may be noisy and clunky. I do not understand why a shower room won’t be enjoyable for its occupants unless it has a minimum of 2 balloons (1 to cancel the shower’s aesthetic penalty, 1 to improve the aesthetic to “slightly nice.”) Research, similarly, means the early game, normally a case of “Build things to make you self sufficient”, becomes “Research these eight things you need simply to get people to come to the planet and buy things before your money runs out.”

The Spatials: Galactology, will, I’m sure, be fine for people who actively enjoy the heavy amount of micromanagement and wikiplay needed to get off the ground here. I am not one of those folks, and the unfriendliness and lack of decent information is a major turn off. Its aesthetic is serviceable, but the bizarre internal logic… Not so much. Not so much by a long shot. 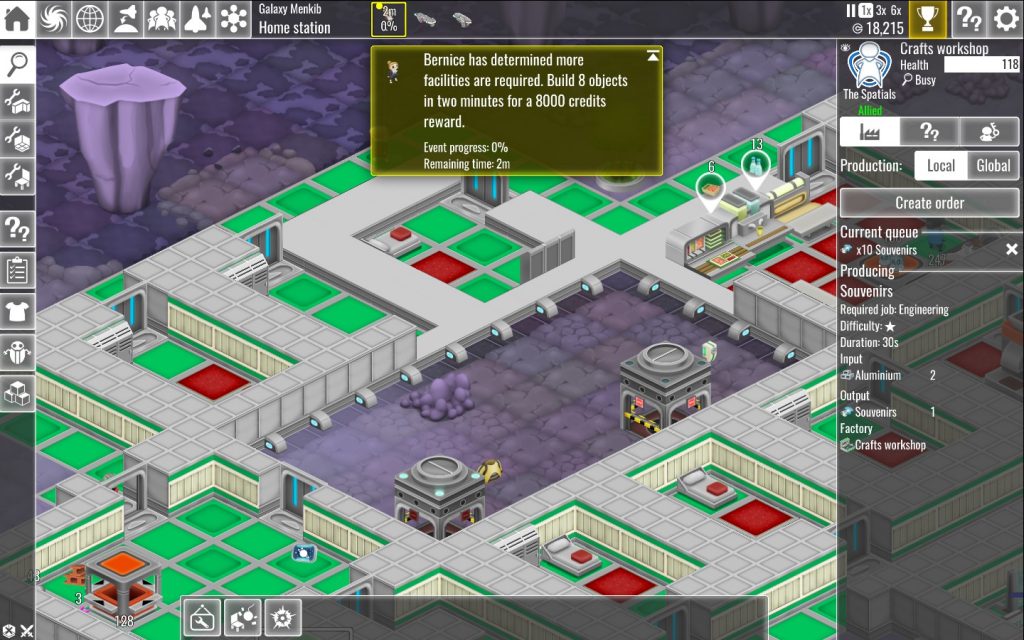 Every now and again, the VP will turn up and give you big demands for desperately needed money. It’s p. safe to say I did not, in fact, build 8 objects.

The Mad Welshman has already railed against the Cabinet Tax… But Balloon Tax? This is getting silly…