Source: Cashmoneys
Price: £1.99
Where To Get It: Steam

Unreal Estate is kind of emblematic of tiny games that work, in that while it’s undeniably perfectly fine on its own, you can play with friends, and it’s easy to learn, there’s really not much to say beyond that. The art is nice, the fonts are kinda eh, and the sound and music, similarly, is there, and that, beyond it being a mere £2, is, uh… Largely it. 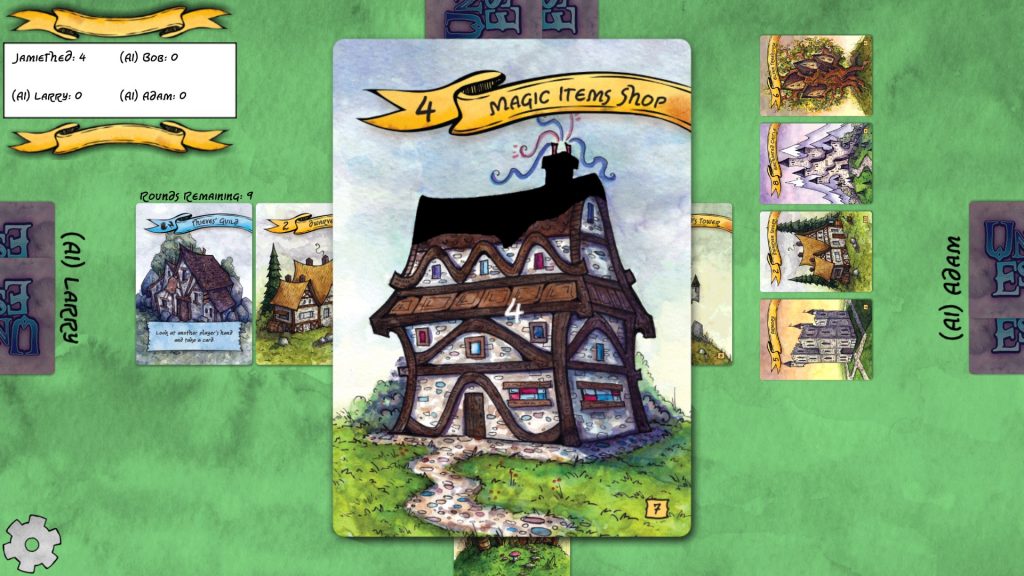 The card art is nice.

Essentially, it’s a turn based card game, in which, on your turn, you either grab a card for your hand, or play a card that matches the ones on the right for the card’s value times the number of matching cards on the right. If you have more than one of that card, it counts for more, and once all players (from 2 to 4) have picked up or played a card, the rest go to the right. Rinse and repeat, until all the cards are gone or nobody can play anything, and the one with the most points wins.

Similarly, the criticisms are small: It doesn’t, as far as I can tell, have a windowed mode, nor does it have volume sliders (just sound/music on/off.)