Pharmakon is a game I want to like because, goodness me, it tries to experiment. It even tries to make its own experience less frustrating. Let’s talk a little bit about what it is, first, before we deal with why, sadly, I’m not its biggest fan. 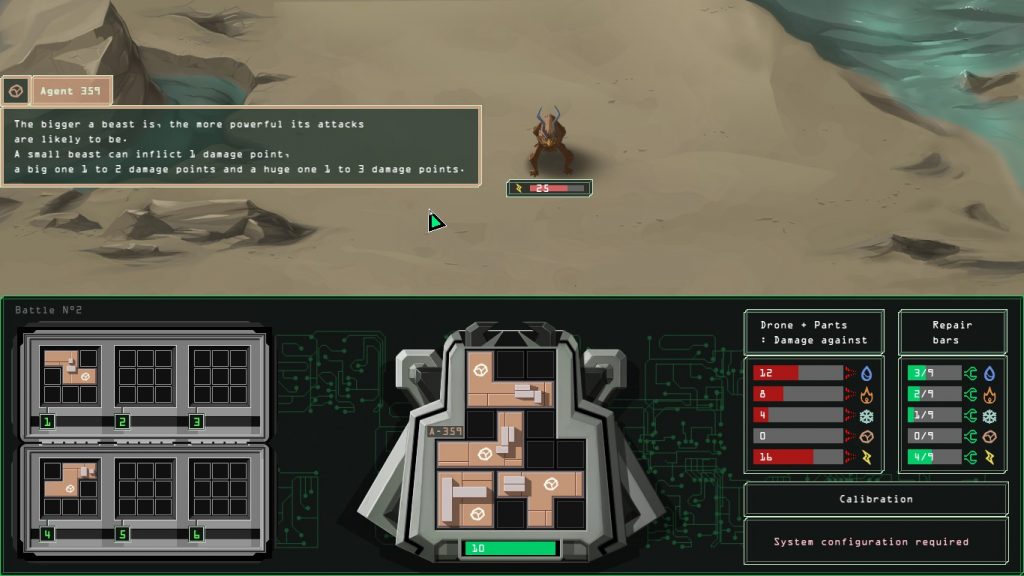 Thankfullly, this is a wee beast, and of an element I’m fully prepared for.

Pharmakon is a turn based combat game in which you, an Elemental Agent, are sent to a remote world filled with aggressive, equally elemental monsters, because… Well, as it turns out, mostly to die. You think you’re the first Agent to be here, are rapidly disabused of this notion, and then things get a bit odd, story wise. To the developer’s credit, although English is not their first language (Visumeca hails from France), they’ve done okay in localising, although some of the speech is a little stilted. In any case, you fight these creatures with your drone, the power of which depends on three things: First, what elemental tetrominoes you’ve plugged into its awkward casing. These tetrominoes, in turn, can be destroyed if you think you don’t need them (You only have a limited storage space, after all) to add to your repair stores for their respective elemental damage values. Secondly, the number of times you’ve fired, charging up a skill meter, and finally, those skills. Unlocked by progression through the story (More on that in a bit), levelling up involves firing lasers of various element through skill icons, from four different directions. Opposing elements block each other, and this elemental interplay resides throughout the game. 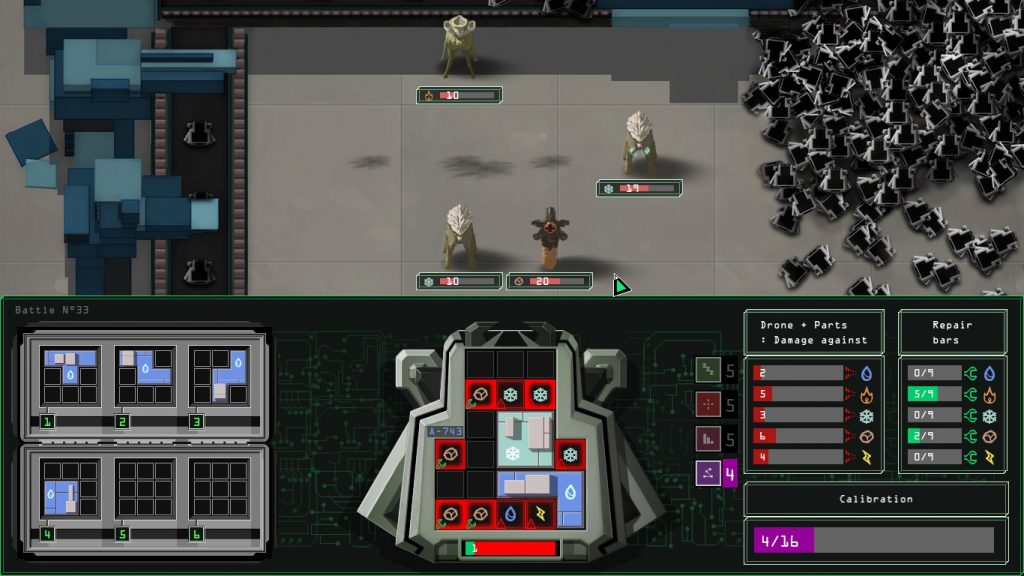 This, on the other hand, is big trouble. I’m *not* going to come out of this well, and will probably die in the next phase.

So… Having explained the basics, let’s go into why I’m not its biggest fan, although it does try. Let’s start with dying. Dying does not end the story. What happens when you die is that a new Agent is sent, with their inventory filled with one element. The monster progression, however, doesn’t change, which means that, once you’ve started dying, odds are high you’ll keep dying, because you don’t have the elemental variety to keep up. It’s only mildly less annoying to note, again, that dying does not stop you from progressing in the story. I have been informed that a theme of this game is perseverance, but, unfortunately, despite being told so, it doesn’t show very well in the game or the story, as Agents will say the same thing in the story no matter who they are.

Visuallly, the game is very clear, and although the angle doesn’t show it too well, a lot of effort has gone into making a variety of beasties to fight. You quickly ascertain what things do, although the first few fights are an extended tutorial, just to make sure. The sound and music are okay, nothing special, but they set the mood, and they don’t feel out of place, which is what’s needed. 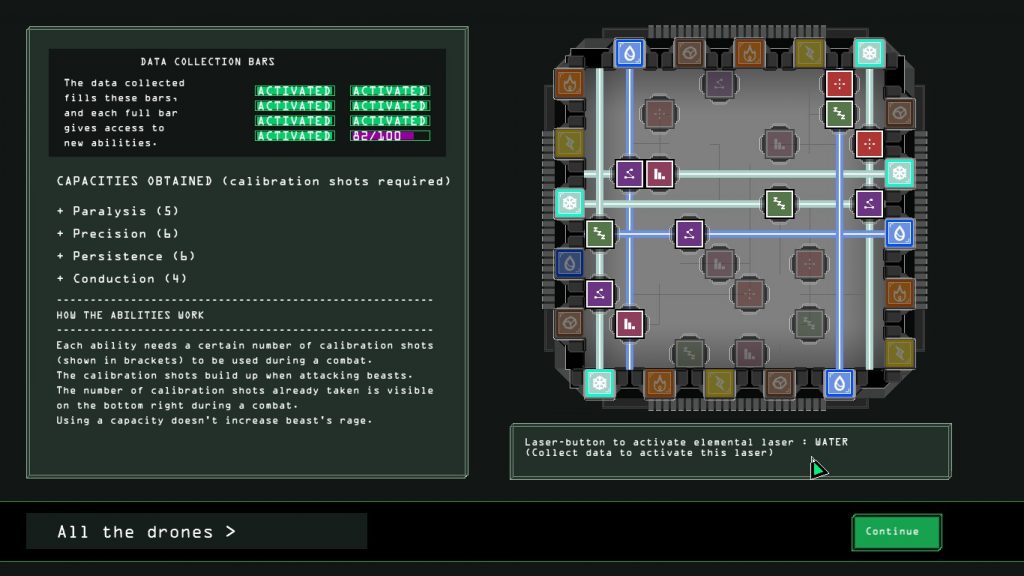 Elements that don’t react with each other, thankfully, work well. Each extra icon I grab lowers the cost of a special ability.

As such, Pharmakon is not a bad game, and it does do interesting things, but the killing of monsters and the levelling up is pretty much all there is to it. If you’re okay with that, if you want to check out something that experiments, and has a few flaws that make it drag on, then I’d say give it a go.

The Mad Welshman is of Element Moustache. It has no weakness, only strength. Well, that’s what it tells you, anyway. Muahahahahaaa.