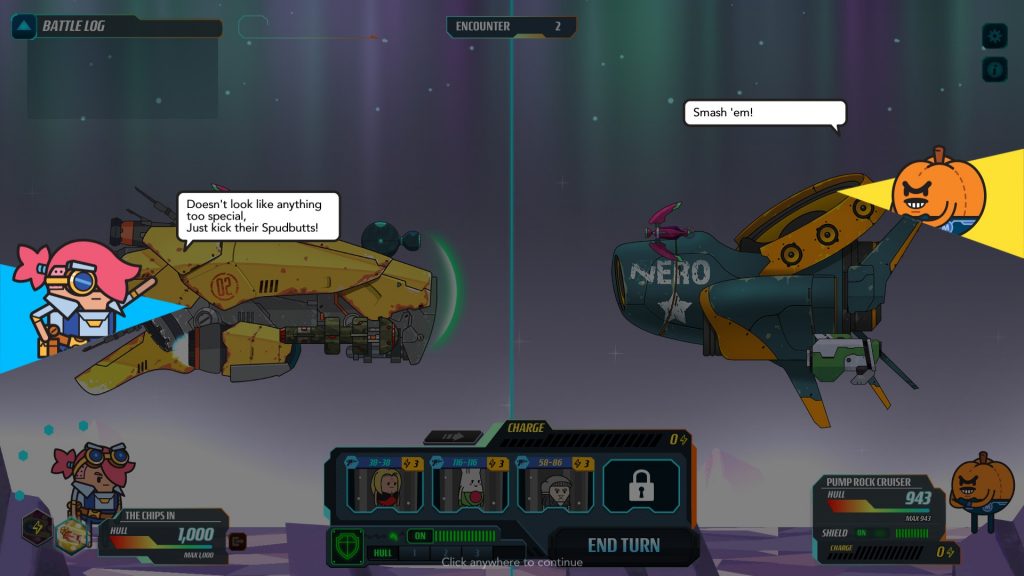 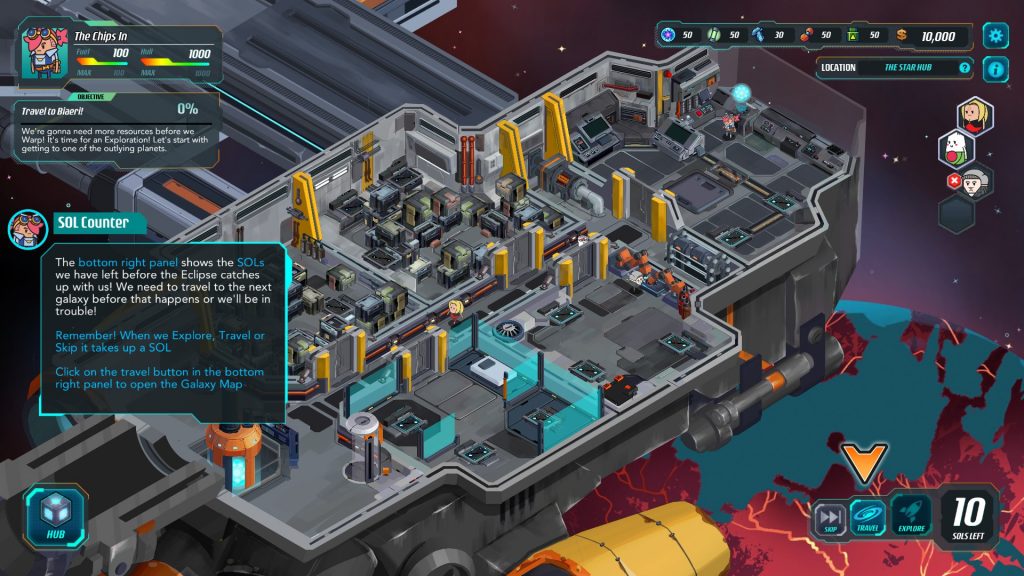 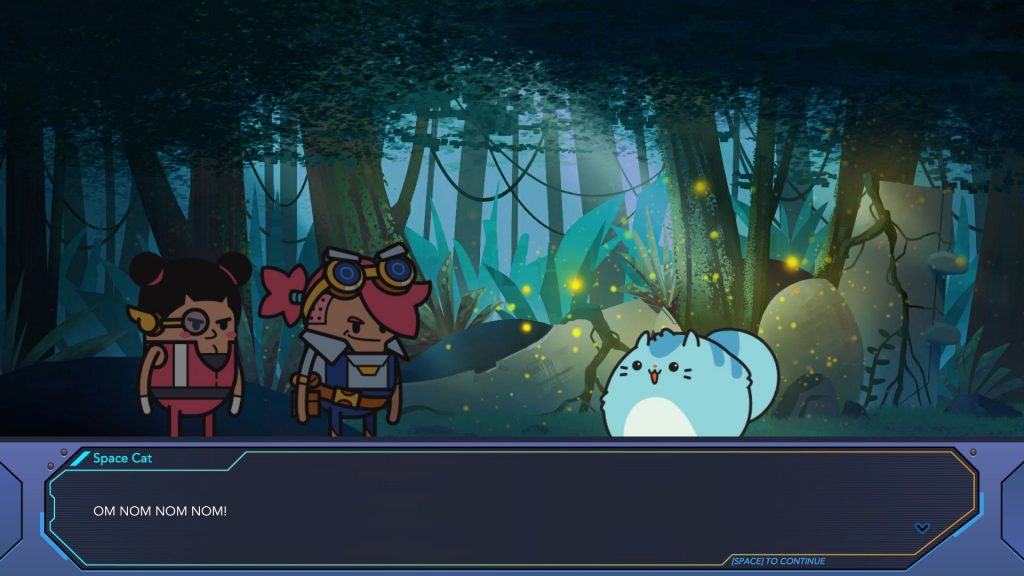 As any cat owner can tell you, cats domesticated humans, not the other way around. It was a clever scheme, but only recently have we acknowledged precisely how clever cats really are. In a video game. Obviously, I’m not being entirely truthful here, this is just a charming puzzle game, but it’s hard not to talk as I have been considering the concept of this puzzle game: Descendants of Schrödinger’s Cat, stopping the earth from leaving its orbit and plunging into the sun… With cats riding on trains. 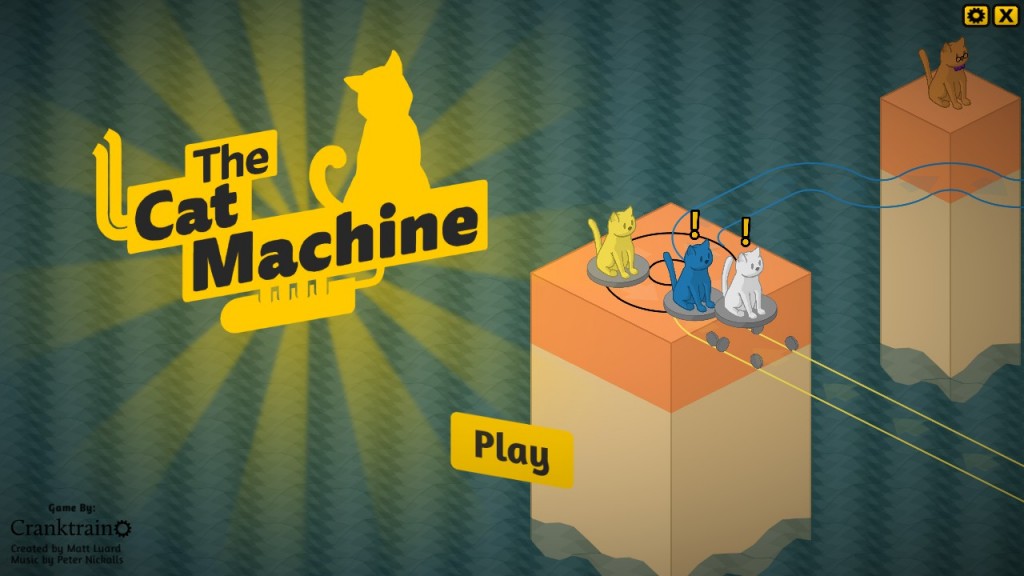 Yes, that is The Cat Machine. Much like a cat, it is audacious, clever yet simple, and unbearably cute.

I could have made the screenshots the first three messages of the tutorial, and I’m pretty sure people would have flocked to buy the game for charm. But enough purring in delight, let’s talk what it all means.

Essentially, it’s a track puzzle. There is at least one train of cats, different coloured tracks, and always, at the end of each, a white cat. The cats must be directed to tracks of the correct colour (So they fly off and preserve the Earth’s angular momentum), and all the white cats must leave on the white tracks that are pre-placed. It’s a logic puzzle, and, while it’s simple in concept, it adds new wrinkles as time goes by. You cannot cross tracks, for example. Not even if they’re the same colour. And the cat train must never collide with itself. In fact, half the problem with reviewing this game is because its rules, and its spaces are clear. Solutions, on the other hand, are not so clear cut. For example, you do not have to use all the tracks. But you have to be careful where loops are placed. I know in one level, I have to get the cats to finish, no matter how they travel, with two yellow cats. I have to think, not just in terms of order, but loops. And there’s this nagging feeling I’m not being as efficient as I could be. And I know it can be broken down by whether there’s an even or odd number of cats…

There’s not a whole lot of variety in the music or visuals, but you know what? The puzzle music is simple, giving you room to think, and the colours are very clear, which, as a colourblind person, I am very grateful for. However, one bug, which definitely needs to be fixed, is that trying to speed up the game will inevitably lead to a collision of cats… Even, it sometimes appears, on straights. That’s slightly frustrating, please fix it, devs! 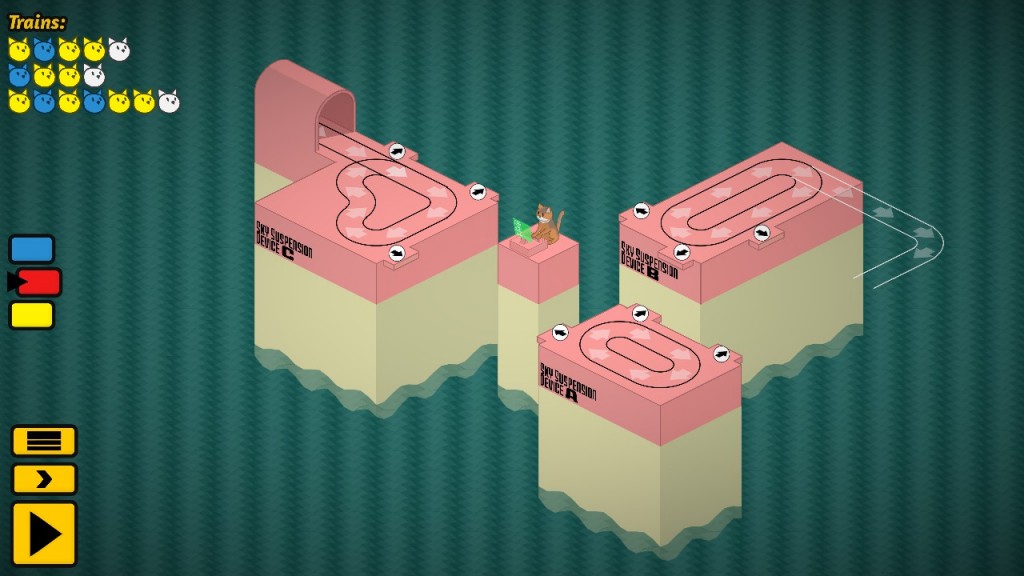 …But ramp up in difficulty as the game goes on. This is still a fairly early puzzle.

For £6.99 though, there’s more than fifty of these puzzles (Which start to get difficult around six or seven puzzles in, and, if you like a good logic puzzle, this is definitely not a bad purchase. Apart from the tutorial, it concentrates on the puzzles themselves, leaving you to ignore the sometimes hit-or-miss dialogue from your mentor of the game, Science Cat. And I like that. It’s got a little charm, but nothing is getting in the way of what the game is: A good set of logic puzzles about herding cats. And we all know what they say about herding cats.

As he watched another cat fly by, The Mad Welshman mused about criticisms of Quantum Physics, Real Cats, and the elusive dream of the cat-and-toast motor. Truly, he thought, Cats are magnificent creatures.