Source: Cashmoneys
Price: £5.99
Where To Get It: Steam

I’ve always had an odd relationship with slasher movies. On the one hand, they sometimes do interesting things with horror, and I enjoy some of them for interesting ideas, but on the other, they tend to suffer really badly from sequelitis (How many times has “Jason” died again? Or Freddy Krueger?), unnecessary remakes/reboots, and their formula is often, in some ways, still stuck in the early days of the subgenre (OH NOOOO, THOSE TEENS ARE HAVING SEX, THEY’RE GOING TO DIE BECAUSE SLASHER MOVIES!)

Slayaway Camp, on the other hand, I’m fairly unambiguous about, as it’s a sliding puzzle using slasher movies as a theme, and not a bad one at that. Warning: There is voxellated gore and murder. 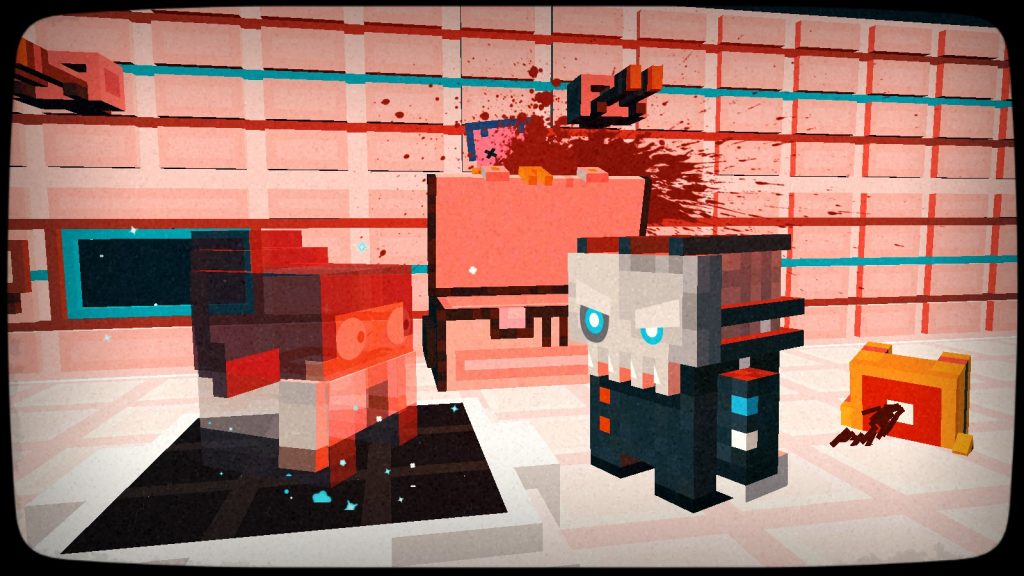 Anyway, mechanically, what can I say? It’s a puzzle about murdering unwary teens in a series of slasher movies, all loosely linked, and each with a theme and added mechanic, such as SWAT cops , who are unkillable unless either you drop something on them or you flank them in the dark, or cats… A common ruiner of murderous plans in movies, and not to be killed because… Well, for the same reason a lot of the puzzle elements are the way they are – Because it at least used to be a thing in slasher movies. Due to the fact that you can only move in one of the four cardinal directions, and keep moving until you hit something (Be it an obstacle, a usable thing, an unfortunate teen, or something that’s going to kill you or make you Break The Rules), there’s only a limited number of possible solutions, so the puzzles can be brute forced, but most of the time, the gimmicks are visible enough, and the rules clear enough that you don’t need to, and successfully completing levels or the murder minigame gives you the opportunity to buy a hint and a solution, in that order. 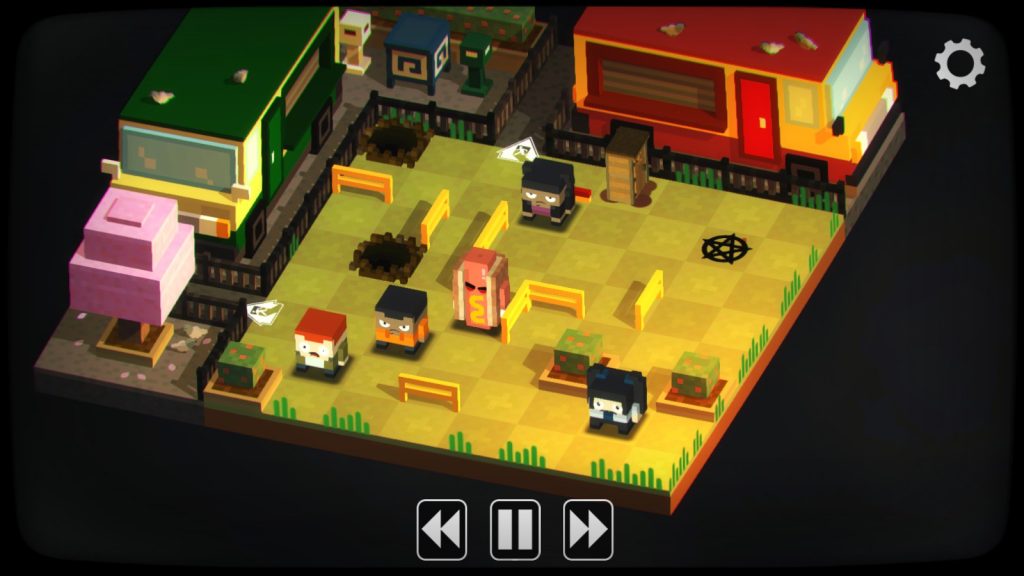 Everything here has a clear function: Pits to fall into (or scare folks into), cupboards to be pushed, walls to bump into on your way to murderous victory.

Okay, so mechanically, it’s clear, it’s intuitive, and fuckups are definitely your fault. So far, so good. It becomes a little bit grindy if you want to unlock all the skins and murders, but I’m willing to give it a pass on that because a) It’s cosmetic stuff , b) Finishing each level unlocks “Deleted Scenes” (Some of the same levels, but with added features… Not always more difficult, but definitely more of them) and finishing all the movies earns even more puzzles, and c) The grinding minigame is effectively the murder scene minigame, and this becomes a little more visually varied with the aforementioned cosmetic stuff. There’s some nice cutscenes with parodies of slasher movie trailers and some amusing murders (A thing you rarely hear outside of the context of slasher movies, which sometimes go for creative and/or ironic deaths), it’s visually quite clear, and I had no colourblindness issues (Some issues with gore covering pits, but that goes away with something like 30 seconds of waiting, which again, gets it a pass), and my only real issues with the game are that it starts immediately the first time you play it, rather than do the video store menu thing, which was a tadge confusing, and that some of the humour’s a little forced (Yeah, yeah, yeah, we get it… BIG LETTERED. Ho de ho ho.) 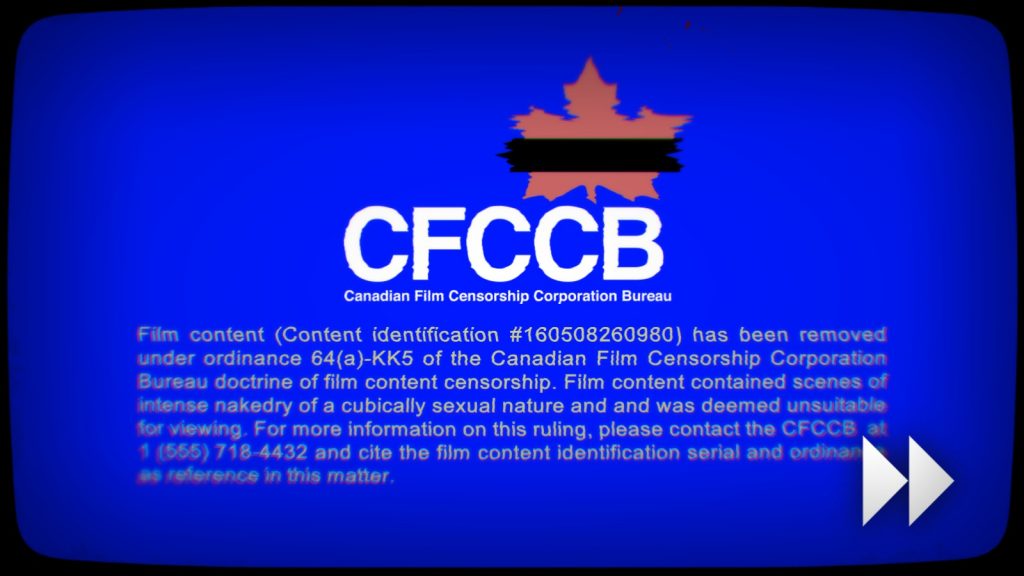 Confirmed: This game is TOO COOL FOR CANADA (Nah, actually it’s a running gag.)

Nonetheless, I like Slayaway Camp. It’s not trying to reinvent the wheel, and it doesn’t need to. It’s not a big game, but it’s got charm. If you like puzzle games, this isn’t MENSA level stuff, but it’ll make you scratch your head for at least a bit, and I can respect that.

The Mad Welshman cowered in the bathroom… Shower? No, too dangerous. Brushing teeth? Not while the cat was nearby to fake scare him before he gets murdered. Living in Slasherworld is tough.